Debate: Was it right to bar asylum deniers from UK Black Pride?

LGBTI rights activists in the United Kingdom are divided about the decision by UK Black Pride to exclude the Home Office from last weekend’s Pride celebrations because of the agency’s handing of LGBTI asylum seekers. 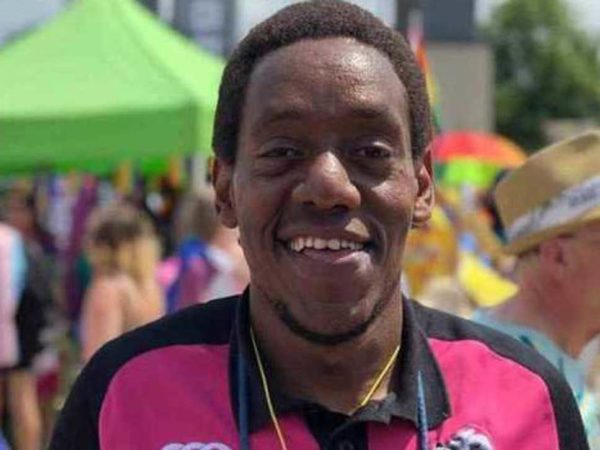 The UK Home Office is seeking to deport gay rugby player Kenneth Macharia back to Kenya. (Photo courtesy of change.org)

Rainbow-enhanced version of the Home Office logo, which the agency added to its Facebook page. (Photo courtesy of Facebook)

The decision came at a time when the Home Office was displaying a rainbow-hued version of its logo on Facebook and simultaneously moving toward deporting a gay Kenyan who plays for the Bristol Bisons rugby club.

The Home Office was accused of being hypocritical as more than 100,000 people signed a petition urging it to stop the deportation proceedings.

“In light of the Home Office’s and the National Crime Agency’s (NCA) continued discrimination against the communities we represent, and the work we and other organisations connected to us do in support of LGBTQ refugees and asylum seekers, the UK Black Pride board of directors has taken the decision to remove both the Home Office’s and the NCA’s stalls from our event on Sunday 7 July in Haggerston Park.

“When we approved their application to have a stall, we were under the impression the stall would be manned by the Home Office’s internal LGBTQ network, Spectrum.

“We feel a deep commitment to LGBTQ people of colour, wherever they work, and felt compelled to offer the network an opportunity to engage with the UK Black Pride community about the work they may be undertaking internally to address the Home Office’s discrimination against the communities we represent.

“We thought it would also be an opportunity for our community to respond directly to the NCA about the lack of representative data on crimes against people of colour in this country and to make clear the need for more robust interventions against hate crimes experienced by LGBTQ people of colour. We understand this is not the time nor place for this conversation.”

That decision was unfortunate, according to Edwin Sesange, a director of the London-based African Equality Foundation, which advocates for the recognition of human rights of LGBTQ Africans. He stated: 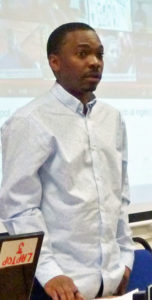 “As much as I don’t agree with some LGBTI asylum decisions from the Home Office, however I agree that they have to reach and engage with the LGBTI community, especially the BAME [Black, Asians and Minority Ethnic] community, because it seems there is a lot they don’t understand.

They need to see that BAME LGBTI people do actually exist and UK Black Pride could have offered that opportunity. They need to see us in real life not in their stereotypical asylum interviews.

However, I do understand why some people feel the need to exclude them, but engaging with them or opening the door for them to our community might have given us a leverage to express and engage.

As much as we might feel bad about them but sadly LGBTI asylum seekers have to go through  them in order to stay, hence a need to engage and tolerate  them outside the Home Office premises.

Therefore, I would prefer to see their stall on UK Black Pride, because I do have a lot of questions to ask them.”

“Around 2,000 people claim asylum each year based on sexual orientation and a fear of persecution in their home country. The Home Office refuses close to four out of five of these claims – a figure that has increased in recent years,” says Leila Zadeh, executive director of the UK Lesbian and Gay Immigration Group. 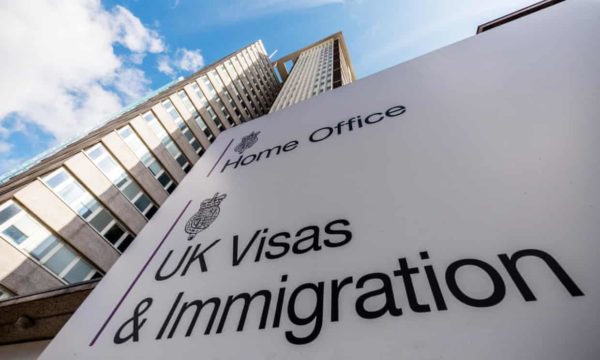 In a Guardian commentary on July 9, Zadeh cited many grievances against the Home Office, including:
“The Home Office now needs to ensure that nobody else has to go through the injustice of being returned to a country where they face persecution. …  The Home Office needs to stop detaining LGBTQI+ people under immigration powers and to lower the bar to granting refugee status,” Zadeh said.
Related articles:
Post Views: 2,611