An openly gay priest from Nigeria has found himself entangled in the homophobia of the Church of England. 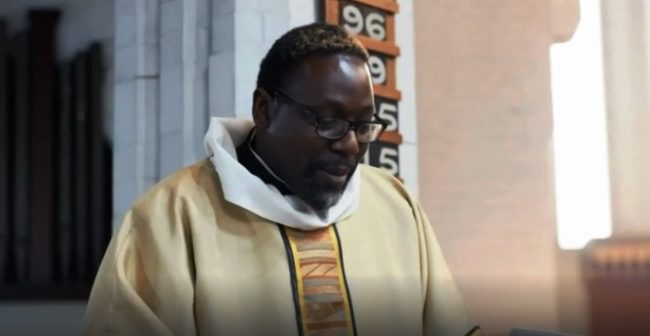 Homosexuality is frowned upon by many Christian churches across the world. Among churches that partially accept gay people, many still reject same-sex marriage.

That’s the barrier facing the Rev. Jide Rebirth Macaulay, a gay UK-based Nigerian priest. The Church of England, where he currently serves, does not support same-sex marriage even though homosexuality has been legal in Britain since 1967 and the nation has allowed same-sex marriages since 2013.

The reverend fled Nigeria in 2006 after his faith-based organization, the House of Rainbow, was attacked several times for being pro-LGBT.

Now the Church of England refuses to support his plan to marry his boyfriend.

He recently spoke to the BBC about that situation in a documentary titled “Am I Too Gay for God?”

He said in the BBC documentary:

“The church says I can never get married in the church and if I go ahead and marry him anyway, I won’t be allowed to keep my job as a clergyman. To me that is a great disservice and discrimination against same-gender-loving individuals.”

Macaulay was once married to a woman in Nigeria. The couple divorced three years later after he came to accept his sexual orientation.

In the documentary, Macaulay said that the Bible does not condemn homosexuality. He pointed out several sections of the Christian scriptures that he said have been widely misinterpreted as condemning LGBTIQ persons.

The documentary aired on Thursday, July 11, on BBC One.

Watch the preview below.