With help from generous donors, an imprisoned gay man was set free last week in Cameroon, ending his three-year sentence for homosexuality.
— 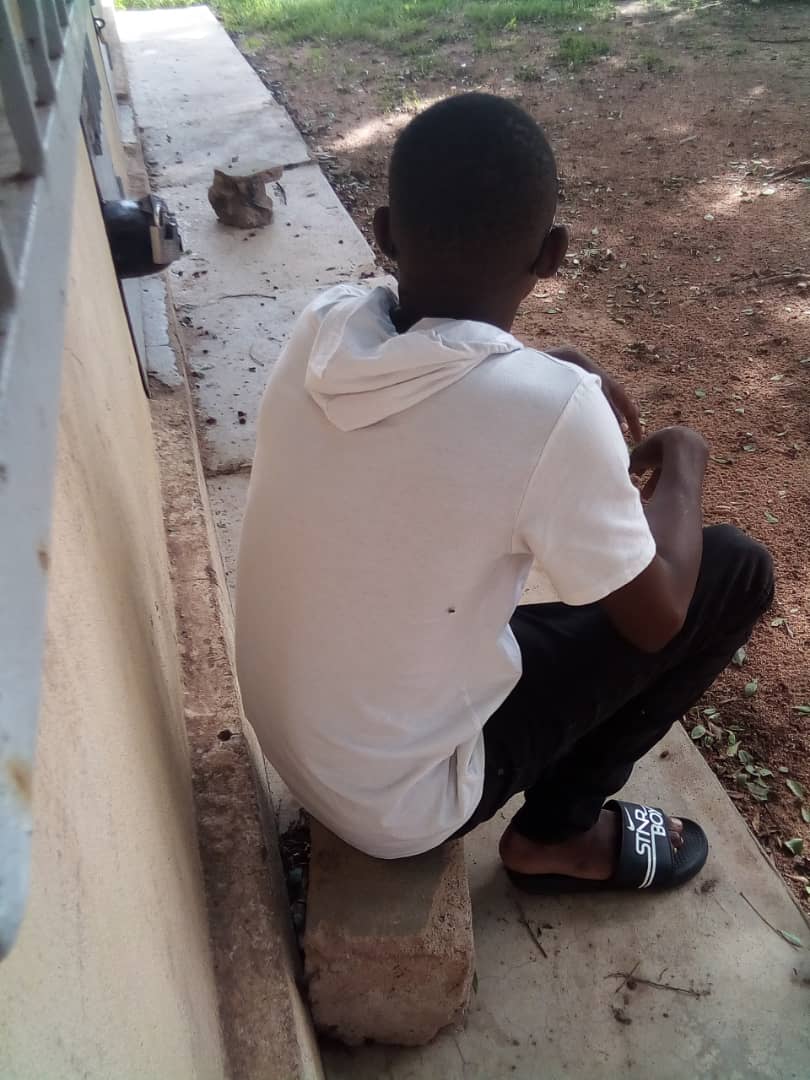 “` Ismael ponders his future as a free man. (Photo courtesy of AJSG)

Ismael, 24, was freed from Tcholliré prison in northern Cameroon months earlier than scheduled because his fine and court costs were paid by a donor who read about his situation in the Erasing 76 Crimes blog.

The reader’s donation allowed Ismael to pay his fine of 112,000 CFA francs and court costs of 30,000 CFA francs (a total of about U.S. $243). The gift was routed through the St. Paul’s Foundation for International Reconciliation, a donor-funded charity that supports LGBTI rights through advocacy journalism.

The foundation transferred the funds to Ismael via local LGBTI rights advocates at the Youth Solidarity Association of Garoua (Association Jeunes Solidaires Garoua or AJSG), based in Garoua, Cameroon.

Because Ismael made those payments, he regained his freedom at the end of July instead of in November.

Now that he is out of prison, Ismael needs to find a job so he can support himself. (Photo courtesy of AJSG)

He was one of three prisoners serving sentences for homosexuality who received bimonthly deliveries of food and hygiene items through AJSG and the Not Alone / Pas Seul project, supported by donors, the Erasing 76 Crimes blog and the St. Paul’s Foundation. Donations are still being accepted for future deliveries, which will go to the remaining two prisoners, Abdelaziz and Ibrahim.

Ismael received temporary shelter from AJSG as he resumed a life free from the discrimination, threats and violence he had suffered from other prison inmates and guards.

His problems began in June 2016 when he and his partner Koh (a pseudonym) were living in a neighborhood that became suspicious about why two men would live together.

One evening on returning from work, Ismael came upon a group of neighbors verbally abusing Koh. After trying to calm down the neighbors, the two men locked themselves in their home. Then one of the neighbors went to the police and told them a gay couple was living in their neighborhood. The neighbors feared for their children, because they had the idea that homosexuals are pedophiles.

After the police arrived at their home, Ishmael discussed the situation with them but Koh ran away. Ismael was arrested and, without legal assistance, spent five days in police custody before being transferred to Garoua prison. He was tried and convicted of violating Article 347-1, the Cameroonian anti-homosexuality law, and later was sent to the prison in Tcholliré.

Image used for previous articles about Ismael because photography is not allowed in the Tcholliré prison.

Starting this year, he began receiving bimonthly deliveries of food through the Not Alone / Pas Seul Project. A donor to that project learned that Ismael was having headaches because of vision problems. She donated money to pay for an eye exam and eyeglasses for him. Supporters in the United States and Europe also sent him messages of support.

For the moment, he is being hosted by AJSG while he is looking for a job. He actually hopes to leave Cameroon to live in safety elsewhere, but it’s unclear how that occur.

Ismael stated: “Thank you to all those who supported me from near and far during my incarceration. I wish to make a fresh start and live freely in a state where I will not be worried. ”

Click here to contribute to the work of the St. Paul’s Foundation in support of advocacy journalism on behalf of LGBTI rights.

Click here to contribute to the Not Alone / Pas Seul Project, which delivers food, hygiene items and messages of support to imprisoned victims of Cameroon’s homophobic laws.