47 Nigerians could get 10 years for public displays of affection

In perhaps the largest-ever court action based on Nigeria’s 2014 anti-gay law, 47 Nigerian men face up to 10 years in prison for alleged public displays of affection with members of the same sex. The men all pleaded innocent yesterday. 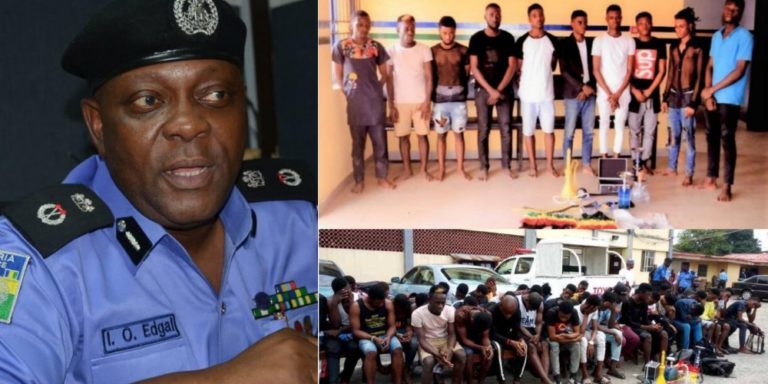 The defendants were among 57 arrested in a police raid on a hotel in the Egbeda district of Lagos in 2018.

Police accused them of being initiated into a “gay club,” although the men said they were merely attending a birthday party. By the time the men appeared in court yesterday, the charge had been revised to “public show of same sex amorous relationship,” which is punishable by 10 years in prisoin. 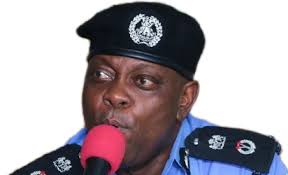 State police Commissioner Imohimi Edgal: The 2018 Egbeda raid was based on information from a “reliable source.” (Photo courtesy of Vanguard News)

Last year’s raid was one of several massive anti-gay operations that police in Nigeria have launched in recent years, usually on suspicions that groups of party-goers are homosexuals enjoying themselves. Arrestees in those raids have included more than 100 party-goers at a hotel in Asaba, accused of being gays and lesbians; 70 youths in northern Nigeria, accused of planning a gay party; 53 people in northern Nigeria who said they were at a birthday party but whom police accused of planning a same-sex wedding; and 42 people arrested on homosexuality charges in Lagos during a party held in connection with anti-AIDS work.

Activists accuse police of making the arrests in order to pressure arrestees to pay bribes in order to be released. In Nigeria, news articles on follow-up court action are rarely published. The publicity about yesterday’s bail appearances of the 47 Egbeda arrestees is a rare exception.

The Egbeda raid was denounced at the time as a “preposterous” violation of human rights by the Interfaith Diversity Network of West Africa. That network stated:

This was a birthday party that had both males and females in attendance. The police barged into the party and arrested the males, including taxi drivers and food vendors outside the venue, and trumped up vague charges of a cult initiation into homosexuality. A charge that is preposterous and lacks evidence.

One unflinching question that should create doubts in our mind is why were the females in attendance not also arrested? This further proves the arrested persons are just victim of circumstances.

After the raid, Nigerian media quoted many of the suspects denying the police allegations that the gathering was anything other than a normal party attended by both men and women. They particularly denied that it was a homosexual initiation (whatever that would be — apparently a homophobic fantasy about homosexuality as a cult).