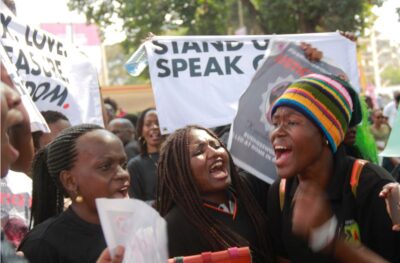 In a motion filled and passed today (Thursday) in Kampala, Komakech Lyandro, member of parliament for the Gulu Municipality received the go-ahead for a private member’s Human Rights Defenders Protection Bill.

Lyandro, who is a member of the opposition Democratic political party, said that last year’s Human Rights (Enforcement) Act does not provide adequate protection for human rights defenders. 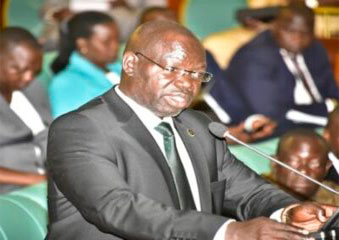 Hon. Komakech Lyandro, the Gulu Municipality member of the Uganda Parliament. (Photo courtesy of The Insider)

The motion added: “Concerned that by the nature of their work, human rights defenders are often the target of coercive measures by government, security forces, businesses, armed forces and at times members of the community through misinformation, fabricated criminal charges, forced disappearance, imprisonment, torture, intrusion, intimidation and unlawful restricts from the state and state organs.”

Lyandro’s motion comes at a time of heightened human rights abuses by security agencies against human rights defenders and vulnerable populations, especially homosexuals and sex workers, in the midst of the  Covid-19 pandemic.

A new report by the African Centre for Treatment and Rehabilitation of Torture Victims (ACTV) indicates a growing use of torture, forced disappearances, murder and assault against Ugandans, including human rights defenders.

ACTV, a registered non-governmental organisation in Uganda, is accredited by the Ministry of Health to operate a medical referral centre that provides rehabilitation and physical and psychological care for victims of torture in Uganda and neighboring countries.

The report, released Wednesday in Kampala, reveals the extent of torture of Ugandans by police and army, the Uganda Peoples Defence Forces, or UPDF.  During 2017-2018, the ACTV registered 600 cases of torture attributed to police and 443 cases committed by the army. However in 2018-19, the bulk of the torture cases shifted to the UPDF — a total of 559 cases by the army compared to 441 by police.

It shows the UPDF involved in 440 torture cases in Karamoja Sub-region in northern Uganda compared to 14 cases by police.

In comparison, in Kampala the police led the 263 torture charts, with 263 cases compared to the 44 cases by UPDF. 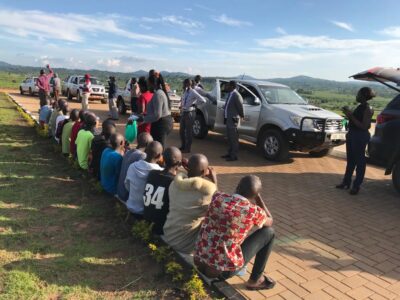 LGBT persons and activists are often victims of cruelty at the hands of Ugandan police and security forces. This photo shows human rights defenders and members of Children of the Sun Foundation upon release last month from prison where they were held for 50 days on charges of violating Covid-19 rules by living in a homeless shelter.

The army’s effort to reduce the number of weapons held in northern Ugandan communities has not gone smoothly.

“Many of the high torture cases against the army were attributed to the disarmament process which had been ongoing for over 10 years,” the report states.

In previous years, the report noted, fewer cases had been reported against the UPDF because torture rehabilitation services in Karamoja had been limited.

However, with the introduction of torture rehabilitation services in the sub-region in the latter years of the disarmament, more cases hitherto unreported were registered. The report stated that 63.6 percent of cases involved punishment of suspected criminals, forced confession or intimidation. 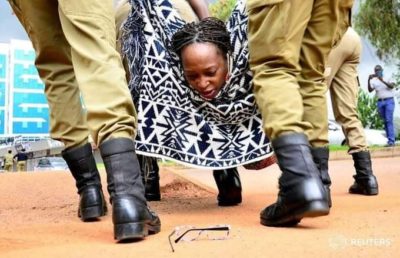 Dr Stella Nyanzi, a Ugandan LGBT ally and human rights defender, is whisked away by police after arrest during a recent protest demanding food for women during the Covid-19 lock-down. (Photo courtesy of Reuters)

Kikonyogo Kivumbi, the author of this article, is the executive director of the Uganda Health and Science Press Association.
Post Views: 1,790