Uganda was in the limelight at the just concluded virtual 2020 International AIDS Conference when Ugandan LGBT advocate Susan Atuhura won a prestigious award for her work. 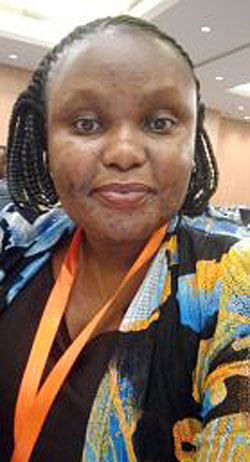 Susan Atuhura was honored for her study of the successes of  community-based adherence clubs in reducing HIV levels and increasing the levels of self-care among for men who have sex with men (MSMs).

Atahura is the monitoring and evaluation officer for the long-established Ugandan anti-AIDS and LGBTI rights group Spectrum Uganda Initiatives.

Her honor — the IAS/MSD (International AIDS Society and Merck Sharpe & Dohme) award — was for operational and implementation research in differentiated service delivery. It was awarded in recognition of an abstract she authored titled “Leaving no one behind: Assessing the impact of MSM community-based adherence clubs on retention and viral load suppression in Uganda”.

“Five years in HIV advocacy, at last I have received global recognition at the ongoing International AIDS Conference (AIDS 2020, Virtual) in San Francisco USA. I am in jubilation because me, ATUHURA SUSAN, was announced as the winner of the IAS/MSD award for operational and implementation Research in Differentiated service Delivery”.

She said that winning the award was like winning an Oscar or a Grammy or even Miss World.

“I feel too much joy, even though I was unable to fly to San Francisco to physically receive this award, I am still grateful. Millions of people submitted very nice abstracts across the globe but mine was selected as the best, it can only be God,” she wrote in a Facebook post.

In a statement issued after Atuhura’s honors were announced,  Spectrum Uganda Initiatives dedicated the award to its peer educators in different regions and to its adherence club members across Uganda who have 100% viral load suppression.

In a Spectrum Uganda Initiatives video interview, Atuhura said the award means the future is bright for the LGBTI people in Uganda.

The adherence clubs are part of the initiatives through which Spectrum Uganda extends HIV care services to (MSM). Atuhua noted that the 100% suppression milestone was achieved through joint efforts by Spectrum Uganda and several public health facilities. 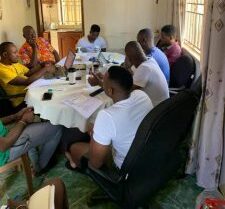 Atuhura is concerned by the failure by government to invest significantly in that third goal (90% of all people receiving ARTs will have viral suppression). Now is the time to do just that, so that Uganda does not oll back on the progress made.

Spectrum Uganda is one of the country’s oldest LGBTI organizations. Its mission is to provide health services to the MSM community in Uganda and to advocate for the recognition, protection, and actualization of their rights.

In Uganda, MSM are included among the country’s among the key or most at-risk populations, because of their vulnerability to HIV infection.
According to Avert.org, HIV prevalence among MSM in Uganda was an estimated 13% in 2013, the most recent data available.