0 September 6, 2020 10:54 pm
Tanzanian authorities have reportedly stepped up their restrictions on organizations working to promote the rights and health of LGBT people ahead of the country’s general elections slated for Oct. 28. 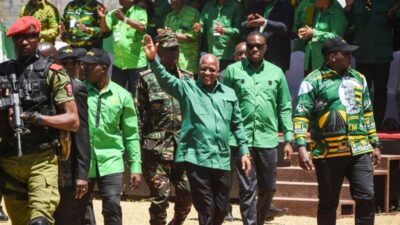 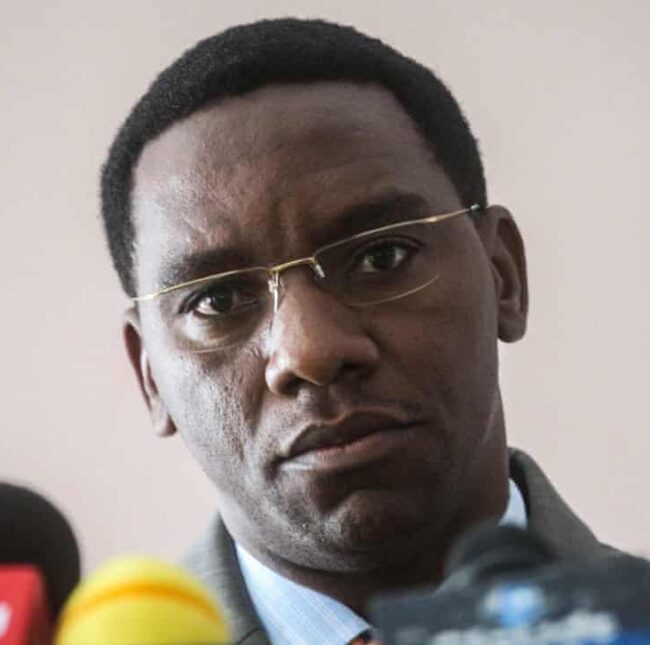 In 2018, Paul Makonda, administrative leader of Dar es Salaam, issued a call for homosexuals to be reported to police. (Photo courtesy of The Guardian)

Tanzania authorities’ repression of LGBT rights activism comes in the context of government repression of opposition parties, nongovernmental organizations, and the media ahead of the country’s general elections, HRW said.
Crackdowns on LGBT Tanzanians and on advocates for their human rights and health have been ongoing since 2016. The repression gained international notoriety in 2018, when Paul Makonda, the administrative chief of the Tanzanian capital, Dar es Salaam, urged the public to report anyone they thought was a homosexual.
Earlier this year, the United States  banned Makonda from visiting the country for his role in a  crackdown. The U.S. State Department said it was taking the action against Makonda, the administrative chief of the Tanzanian capital, “due to his involvement in gross violations of human rights, which include the flagrant denial of the right to life, liberty, or the security of persons.”
The first portion of the Human Rights Watch statement of Sept. 2 is below:

Tanzania: Freedoms Threatened Ahead of Elections

Tanzania authorities have stepped up repression of opposition parties, nongovernmental organizations, and the media ahead of the country’s general elections on October 28, 2020, Human Rights Watch said today.

Since mid-June, the government has arrested at least 17 opposition party members and critics of the government, suspended a rights group and canceled the license of another, and blocked other major rights groups from observing the upcoming elections. The authorities have also imposed new restrictions on the media, revoking the license of a newspaper affiliated with an opposition member and restricting some news outlets because of their reporting on Covid-19, which President John Magufuli says no longer exists in the country. [Editor’s note: International public health statistics indicate that Tanzania has had at least 509 cases of Covid-19, including 305 active cases, and at least 21 deaths.] 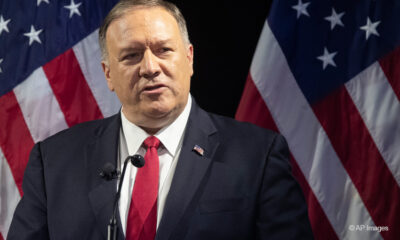 “It’s no coincidence that the Tanzanian government has increased its repression of the opposition, activists groups, and the media so close to the elections,” said Oryem Nyeko, Africa researcher at Human Rights Watch. “Instead of upholding the right to free expression at this critical time, authorities have instead adopted measures that raise concerns about the elections being free and fair.”

The government has arbitrarily arrested and briefly detained members of opposition political parties, notably the ACT-Wazalendo Party and Chadema, the main opposition party, on such grounds as “endangering the peace” or unlawful assembly. In July, the police arrested and held Issa Ponda, a Muslim leader, for nine days after he held a news conference calling for free and fair elections.

The government has also imposed new restrictions on the media and on freedom of expression online. It adopted regulations that ban Tanzanian broadcasters from working with foreign broadcasters without staff from the Tanzania Communications and Regulatory Authority or other government agency present. It also adopted regulations that criminalize a broad range of social media and online posts, including those that support organizing demonstrations or that “promote homosexuality.” 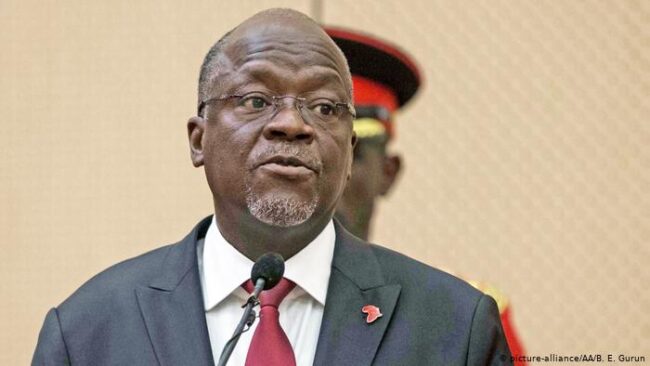 Tanzanian President John Magufuli says Covid-19 no longer exists in the country and he’s ready to arrest any journalists who say otherwise.

The authorities have also fined or suspended media outlets for covering politically sensitive topics, including the coronavirus. On July 6, the Communications Authority banned Kwanza TV, an online television station, for 11 months because of its Instagram post reporting on a Covid-19 health alert by the United States Embassy about Tanzania. The authority’s summons letter to Kwanza TV accused the station of being “unpatriotic.”

[Editor’s note: The embassy’s latest advice to U.S. citizens in Tanzanian is that “Given the presumed ongoing community transmission in Dar es Salaam and other locations in Tanzania, the risk of contracting COVID-19 remains high.”]

Two editors of independent newspapers, who did not wish to have their names used, said that officials had informally told them not to publish material that the government would not like. One of the editors said they had been “subtly warned” not to give prominent coverage to an opposition member Tundu Lissu and the former foreign minister Bernard Membe, who recently defected from the ruling party, Chama Cha Mapinduzi (CCM).

The authorities have also taken action against key nongovernmental organizations to limit their ability to monitor the elections. In July, the National Electoral Commission issued lists of the organizations approved to act as election observers and to conduct voter education, excluding major organizations that have historically coordinated election monitoring in the country. 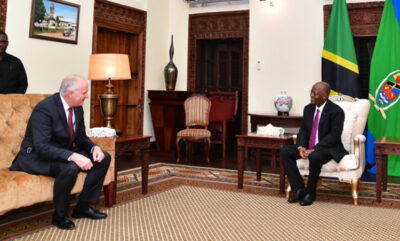 The authorities have also placed new limits on public interest litigation, which raises concerns about the right to redress for rights violations, Human Rights Watch said. On June 10, Parliament limited the ability of groups to legally challenge a law or policy that allegedly violates the constitution’s bill of rights. The move appears aimed to prevent groups from filing public interest cases on behalf of victims of government abuses.

“All of the actions that the government has taken in recent weeks affect conditions for a fair electoral playing field,” Nyeko said. “If Tanzania’s elections are going to be free and fair, the government needs to allow rights groups and the media to work independently, and for political opposition and critics to express their views freely.”

For details of restrictions the Tanzanian government has imposed, see the full HRW press release.

Those specifics include an update on how Tanzanians “authorities have intensified their crackdown on groups that advocate for the health and rights of LGBT people:

On June 16, in Zanzibar, the registrar summoned Hamid Muhammad Ali, director of the AIDS Initiative Youth Empowerment and Development, an LGBT rights group, to a meeting in which officials questioned him and informed him that his organization’s registration was being suspended for “promoting homosexuality.” The meeting was later broadcast on television.

Ali and other LGBT rights activists in Zanzibar said that they believed officials carried out these actions to gain political favor ahead of the elections. …

Since July, the government has passed new restrictions on online communications, effectively banning content critical of the government.

In July, the government passed amendments to the Electronic and Postal Communications (Online Content) Regulations that provide criminal penalties for publishing online “content against the State and public order,” or calling for demonstrations, or that “promotes or favors what would raise sedition, hatred or racism.”

The regulations also prohibit promoting homosexuality, which could be used to prosecute people for conducting LGBT rights advocacy, or for publishing “information with regards to the outbreak of a deadly or contagious diseases” without government approval. Violators may be fined or sentenced to a minimum of one year in prison.

Online communication in Tanzania is already severely restricted by the Cybercrimes Act of 2015. The government has used this law to prosecute individuals for online posts and internet-based publications. In March 2018, the government adopted the Online Content regulations, which gave the Communications Authority wide discretionary powers to license internet-based content, including blogs, requiring them to pay fees of up to $900, which has prevented many from obtaining the licenses. Non-compliance is a criminal offense.