Less than five months before elections, the Ugandan government has banned political rallies and is seeking to control online communications — a move that could muzzle both political opposition and vulnerable populations such as the LGBTQ communities whose narratives are unacceptable to mainstream Ugandan media. 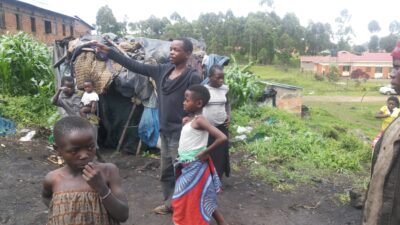 Stories about the lived realities of refugees and internally displaced people are often ignored by mainstream media. Newly imposed UCC restrictions are seen as an attack on freedom of expression and a barrier to reporting those stories. (UhspaUganda photo)

The Uganda Communications Commission (UCC), the nation’s regulator of broadcasting and online communications, has been dragged to court over its new requirement that all online media must be registered by Oct. 5.

The new policy would take effect less than five months before the general presidential and parliamentary elections planned for January-February 2021.

“The requirement for people to seek authorisation before posting information online is retrogressive and a blatant violation of the right to freedom of expression and access to information,” said Deprose Muchena, Amnesty International’s director for East and Southern Africa.

“With restrictions on public gatherings already in place, the Ugandan authorities are shutting off a vital channel for people to express their political opinions and share critical information about COVID-19.

“Freedom of expression does not need a license.”

Lawyer Ivan BwoweIn filed a lawsuit challenging the new policy with the Civil Division of the High Court in Kampala. Arguing that the directive is unconstitutional, he has asked court to reverse it.

In the suit, Bwowe argues that all social media platforms such as Facebook, Twitter and YouTube, among others, have independent community guidelines and users should not seek authorisation from UCC to use these platforms. 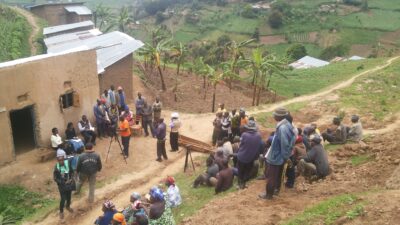 Reporters record stories of lived realities  on rural poverty for publication online. The UCC registration rule would restrict the freedom to do so. (UhspaUganda photo)

As local media have reported, the lawyer wants the High Court to declare that the directive by UCC to require all online media to register for authorisation to operate is illegal and should be revoked.

“The applicant seeks a declaration that the public notice by UCC for providers of online data communication and broadcasting services to obtain authorization dated September 7, 2020 is illegal, contravenes the Constitution and is an abuse of the law,” court documents say. 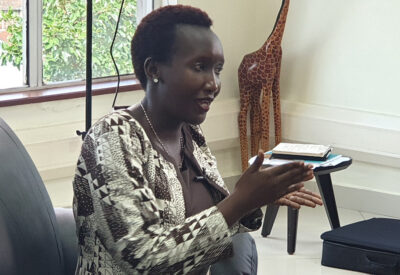 “All persons engaged in the provision of the above services are accordingly advised to regularise their operations by obtaining the necessary authorisation from UCC by 5th of October 2020,” the UCC states.

Dr Stella Nyanzi, an LGBTI ally and candidate for the position of  Kampala woman member of parliament, spoke out on Facebook against the new UCC rule:

“As a repeat victim of dictator Museveni’s systemic gags, censors, and silencing, I am totally opposed to the new UCC directives which require authorisation of anyone before communicating or broadcasting via the internet. I believe in absolute freedom of the internet.For those of us who choose to communicate in ways that are highly critical of the dictator and his dictatorship, what are the chances that our applications for authorisation will be granted? For those of us who refuse to praise dictator Museveni’s failed regime on our Facebook pages, in our Facebook Live streams, what are the chances of getting UCC’s authorisation? 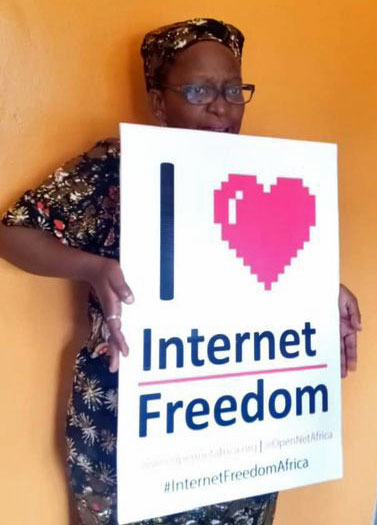 “For those of us who claim the internet and social media as our democratic space to freely criticise the authoritarianism, corruption, murders, nepotism, structural failures, militarisation of public institutions, systematic violence against the poor, patriarchy and heterosexist, what is the chance that UCC will authorise is to freely voice our grievances, passionately express our disgust and clearly articulate our dissent?

The UCC notice from Sept. 7 of its new policy requiring registration of online communications.

The new UCC policy is in addition to a social media tax that the Ugandan parliament passed in 2018. The tax applies to users of so-called Over The Top (OTT) social media platforms that offering voice and messaging services.

This translates into about $1.50 a month and $19 a year in a country where millions live on less than $1 a day.