A Kenyan court has directed the prosecution to respect a trans woman’s gender identity and stop referring to her by her birth name. 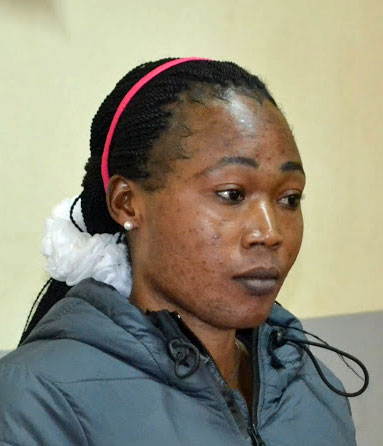 The woman is accused of fraud for filing for registration documents and receiving an identification card under the name “Shieys Chepkosgei”. In its charge documents, the prosecution called her “Shieys Chepkosgei alias Hillary Kiprotich”.

In an article that’s marred by anti-trans bias, Kenya’s Nation newspaper reported:
Defence lawyer Colbert Ojiambo told court that his client was being subjected to psychological torture by being referred to as a man.

“For the interest of prosecuting this case as fast as possible, from now henceforth, she will be referred to as Shieys Chepkosgei and not ‘alias Hillary Kiprotich’,” ordered Eldoret Chief Magistrate Linus Kassan.

In the case, the prosecution told court that on January 14, 2015 in Eldoret West Sub-county in the office of registrar of persons, the accused fraudulently obtained registration documents and was issued with identification card no 29714978 in the name of Shieys Chepkosgei.

The accused hit the headlines last year when officers in Eldoret West Police Station found out that she possessed male physical features despite claiming to be a woman.

She later revealed herself to be a transgender woman and demanded to be given special treatment while in custody.

ILGA’s LGBulleTin reported that during the proceedings against Shieys Chepkosgei, “the prosecution has continued to address her with both her name and her deadname … until the judge issued a clear call to respect her gender identity.”

[As the website Dictionary.com defines it, “A deadname is the birth name of someone who has changed it. The term is especially used in the LGBTQ community by people who are transgender and elect to go by their chosen name instead of their given name.”]

LGBulleTin added, “As ILGA World’s Trans Legal Mapping Report points out, Kenyan law does not explicitly criminalise trans and gender diverse people, but a number of provisions is still used to target them. In 2019, for example, the woman currently under trial was arrested and charged with ‘impersonating a female’, and multiple similar cases have been reported across the country.”