The Ugandan government’s response to Covid-19 has put the already vulnerable LGBTQI community at greater risk. A study proposes ways to reduce those risks. 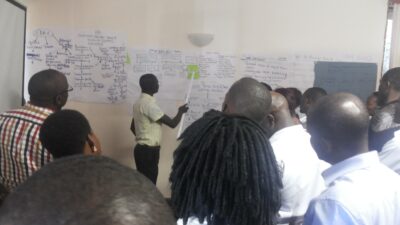 According to survey report  conducted by Sexual Minorities Uganda (SMUG), the Covid-19 pandemic and lockdown have exacerbated inequalities and inequities experienced by the LGBTIQI community. The report, published in August, cited many changes that have occurred in how members of the LGBTIQ community live, work and access essential services.

The SMUG survey results show that:

Stories of LGBTQI people experiencing stigma and discrimination while seeking health services are a longtime problem, but the study results indicate that the problem has increased during the pandemic, leading to disparities in access, quality and availability of healthcare.

Stigmatization, discrimination, hate speech and attacks against the LGBTQI community in Uganda have previously led to them being blamed for disasters, both man-made and natural. All the LGBTQI people interviewed during the study strongly fear being used as scapegoats and violently targeted. 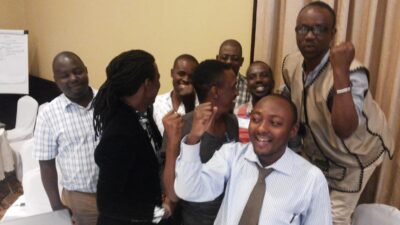 Due to Covid-19-related movement restrictions, many LGBTQI people, especially youth, have been confined in hostile environments with unsupportive family members and others.

Fifty percent (50%) of the LGBTQI people interviewed said the Covid-19 lockdown forced them to live with a violent partner.

According to the advocates at FARUG Uganda, lesbian, bisexual and queer women have are among the most hit. Lora Jones, who works closely with LBQ women in Uganda, said:

“There has been an increase in domestic violence amongst LBQ women and this can be attributed to many factors such as loss of livelihoods that have resulted in some of the women lashing out their frustration on their partners.”

Many of the LBQ women lost their jobs due to the downsizing at their workplaces, she said.

According to the study, 66% of LGBTQI people have lost their main source of income due to the Covid-19 pandemic.

The report states that it is not too late for the government of Uganda to recognize that LGBTQI people are among those particularly vulnerable in this pandemic, and take targeted steps to ensure that the response measures do not derogate their rights.

Recommendations from the survey report:

For organisations belonging to SMUG

The Covid-19 pandemic has highlighted the need for LGBTIQ organisations to plan more concretely for emergencies. The donor community should be part of this discussion.

For longer-term emergencies similar to Covid-19, organisations need contingency plans. These plans should cover financial resources, health consumables, other consumables, security and health safety, with adequate human resources assigned to each task in the plan. These plans must be coordinated with police and with partners such as health-care providers.

All LGBTIQ organisations need a secure database of community members’ contact details so that they can easily be accessed for services like counselling and just checking on their welfare in case of isolation, violence based on sexual orientation and gender identity, sexual and gender based violence and making sure that all community members are cared for with no one being left behind.

Members of the Children of the Sun Foundation (Cosf Uganda) living at the Cosf homeless shelter were arrested March 29 for allegedly violating the rules of the Covid-19 countrywide lockdown. They were jailed for 50 days and then released without a trial. (Screen shot from BBSTV)

This study should be used to play how to handle future pandemics and other emergencies in ways that do not derogate the rights of minority groups such as LGBTIQ persons. The study’s recommendations should include concrete directives and policy on handling minority rights during national emergencies. 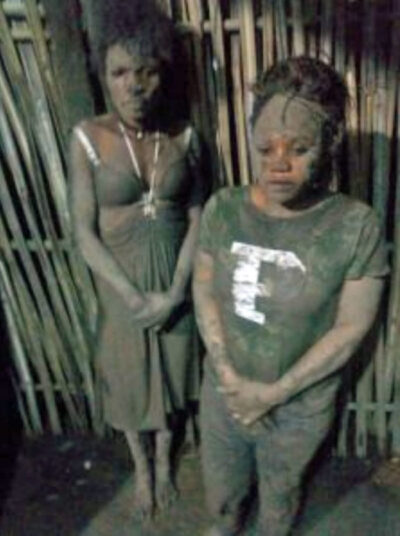 Early in the pandemic, Ugandan security forces beat these women and ordered them to roll on the ground and smear mud on their private parts as the officers laughed at them. The officers have since been charged.

SMUG is tasked with the responsibility of mobilising resources and players to come up with that study.

The donor community should put in place national emergency protocols that allow for flexibility in funding priorities and funding targets for LGBTIQ organisations in times similar to Covid-19. One of the challenges of the LGBTIQ in community in Uganda, for example, has been the need for safe houses and shelters that are readily available and not crowded. More funding needs to be earmarked for socio-economic needs, not only for human rights programming.