Uganda: Rights lawyer freed on bail after week in prison

Ugandan human rights lawyer Nicholas Opiyo was released on bail today after being held in prison for a week while he was denied access to a court that could hear his bail request. He was arrested Dec. 22 on money-laundering charges that he and his supporters termed frivolous. 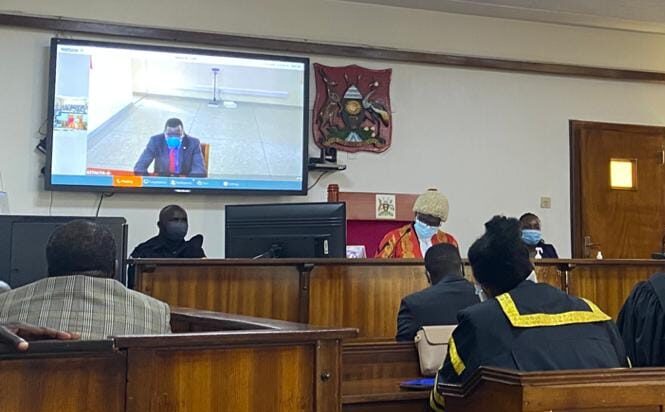 “However serious a charge is, it all remains an allegation. Courts are expected not to deny bail as a punishment.”

Chapter Four stated that US $340,000 that police labeled “proceeds of crime” in their money-laundering charge were simply “a grant from one of Chapter Four’s reputable recurring and long-standing donors who legally support Chapter Four’s work of promoting and protecting human rights.”

That long-time donor has been identified as the New York-based American Jewish World Service (AJWS), which works “to advance sexual health and rights for women, girls and LGBTQI+ people” and promotes “civil and political rights to amplify the voices of poor and persecuted minorities.” In the words of homophobic journalism, that is interpreted as an “American homosexual rights organization”.

Numerous human rights organizations have issued statements of support for Opiyo and have called for his release. The audience in the courtroom today included representatives of supportive foreign embassies.

Kajuga ordered Opiyo to surrender his passport and to report to the registrar of the Ugandan Anti-Corruption Division every two weeks, the New Vision newspaper reported.

Opiyo has represented pro-democracy activists, opposition figures and minority groups. He is notably one of a few lawyers known to represent homosexuals in a country where same-sex relations are criminalized.

The U.S. had called for his immediate release. Representatives of foreign embassies sat in the courtroom as his bail application was heard. He appeared via video link from the maximum-security prison.

Critics of the government insist Opiyo is targeted because of his work tracking alleged rights abuses by security forces ahead of elections on Jan. 14.

President Yoweri Museveni, who has held power since 1986, faces a strong challenge from popular singer and lawmaker Bobi Wine, who has rallied impoverished young people.

Wine, whose real name is Kyagulanyi Ssentamu, has been arrested many times and accused of disrupting public order. On Wednesday, his party said he and his campaign team were arrested again while traveling in an island region outside Kampala, the capital.

Police often use force to break up raucous crowds, sometimes with deadly consequences. A bodyguard for Wine was killed and at least two journalists were injured by police on Sunday. …

Electoral authorities on Saturday banned campaign events in some urban areas, including Kampala, citing an urgent need to control the spread of the coronavirus. That decision has been criticized by some who see it as a ploy to prevent opposition figures from displaying their support in areas where the ruling party is not so popular.

Museveni is able to seek more time in office after lawmakers removed the last constitutional obstacle — age limits — to a possible life presidency.

Uganda has not seen a peaceful transfer of power since independence from Britain in 1962.