Ugandan LGBT ally and academic scholar Dr Stella Nyanzi has fled to Germany with her children over fears of government persecution, arrest and torture. 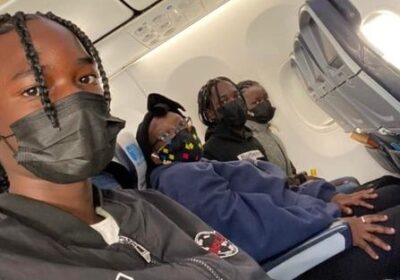 “I refuse to be gagged. I refuse to be silenced!” She wrote on her social media page on Jan. 19 as she prepared to leave the country.

Her departure came a few weeks after the arrest and alleged torture by security agencies of another dissident writer, Kakwenza Rukirabashaija, a PEN award-winning activist, who published tweets that allegedly insulted Ugandan President Yoweri Museveni and his son. 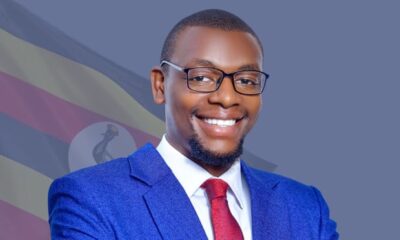 The 2021 Pen Award writer of Courage winner Kakwenza Rukirabashaija. He has on January 21 been further remanded in prison.

Rukirabashaija, who was named International Writer of Courage by PEN last year, has been illegally detained and tortured for criticising the president and his son, his lawyer told local media.

On Dec. 28, after a series of tweets about Museveni, including one calling him a thief and his son and presumed successor “an incompetent pig-headed curmudgeon,” gunmen forced their way into Rukirabashaija’s house and arrested him. Human rights groups condemned the arrest. 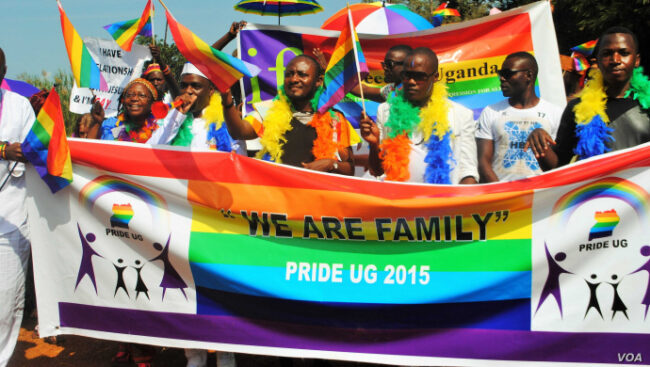 Nyanzi wrote before her departure:

“When Kakwenza Rukirabashaija was abducted from his home, illegally detained in unknown military facilities for fourteen days, tortured during interrogation and denied access to his lawyers or doctors for fourteen days, I knew it was time to beat it and flee (yet again).

“I refuse to be gagged. I refuse to be silenced! Critical writers must never be threatened merely for writing critically about brutal abusers of power flourishing under dictator Museveni.

“Germany, please be good to me and my children.”

Like Rukirabashaija, Nyanzi has also had her fair share of state arrests. In 2019, she was sentenced to 18 months in prison after being found guilty of cyberharassment for a series of Facebook posts criticizing Museveni, including calling him “a pair of buttocks.”

In 2017, Uganda’s top prosecutor sought to use a colonial-era law, once used by the British to quash African resistance, to commit the academic to a mental institution.

It was only the second time in recent memory that the law, the Mental Treatment Act of 1938, had been invoked in a case over free speech, according to lawyers. The first involved a student who was forcibly taken several times to a psychiatric hospital after criticising the president on social media.

In 2018, Nyanzi was arrested for insulting the President’s mother. She is been in and out of jail several times over human rights issues in Uganda.

She is a strong ally and advocate for the rights of oppressed Ugandans, the Uganda LGBTQI+ community, women and girls. 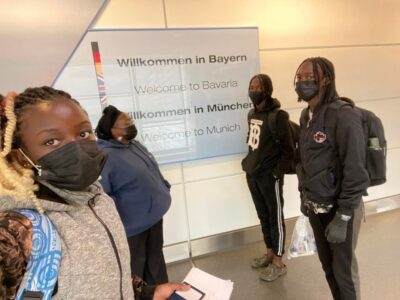 Rukirabashaija is a Ugandan novelist. He is the author of The Greedy Barbarian, a novel which explores themes of high-level corruption in a fictional country, and Banana Republic: Where Writing is Treasonous, an account of the torture he was subjected to while in detention in 2020. In 2021, he was awarded the PEN Pinter Prize for an International Writer of Courage.

Concern regarding the arbitrary arrest, detention and alleged torture of writer Kakwenza Rukirabashaija

Human rights defenders and civil society in Uganda have come under sustained attack since the campaigning began for last year’s presidential election, which was ultimately declared for the incumbent, President Yoweri Museveni. Though various observers qualified the electoral process as “fundamentally flawed” and reported irregularities, Museveni – who has been in power since 1986 – was named the winner. During the campaign and since, a very hostile working environment has prevailed for human rights defenders, journalists and government critics who are systematically denied their rights to freedom of assembly and expression. Human rights defenders and CSOs are increasingly targeted and harassed for their work by state security organs, in state-controlled newspapers and on social media. Several CSOs have had their operations suspended in 2021 and human rights defenders have been subjected to judicial harassment for exercising their right to do their legitimate work.

On 28 December, 2021, writer and journalist, Rukirabashaija, was dragged from his home by unknown security forces in civilian clothes, who broke down his door and took him away; he is now in custody without charge.

Rukirabashaija is the 2021 PEN International “Writer of Courage.” He is the author of two critically acclaimed books, “The Greedy Barbarians,” and “Banana Republic—Where Writing is Treasonous.” Rukirabashaija is also a writer for New York City-based Black Star News, which publishes his weekly “My Free Thoughts” column. 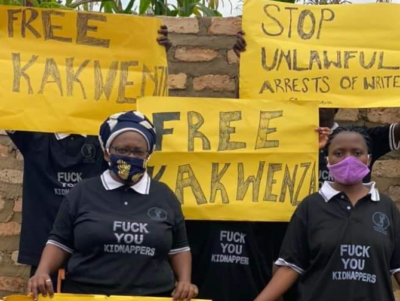 Fellow writer Stella Nyanzi protests with her family for the release of Kakwenza Rukirabashaija on Jan. 13 in Kampala. (Photo courtesy of Stella Nyanzi via Facebook)

Rukirabashaija was then held incommunicado without access to his family or lawyer for more than 48 hours. His lawyer, Eron Kiiza, says Rukira Bashaija has been tortured, reporting that “He appeared to be vomiting, he was urinating blood, there were torture marks on his legs and feet, he was in deep pain,”. He has not been formally charged with any crime and was not expeditiously produced in court as demanded in the Ugandan law. By law the Ugandan government is required to charge any arrested suspect and produce the person in court within 48 hours.

On 4 January 2022 the Chief Magistrates Court at Makindye in Kampala issued an order that Kakwenza be unconditionally released from police custody and that every police officer comply with the order.

The police have failed to comply with the order.

It is believed that security agents targeted Rukirabashaija because he expressed critical opinions directed at the regime. This is the third time that Rukirabashaija has been arrested in the past year by the Ugandan authorities. On the two previous occasions, he was severely tortured. On the two previous occasions he was targeted for his written works “The Greedy Barbarian,” a novel about a fictionalized corrupt African dictator and “Banana Republic—Where Writing is Treasonous,” which documented his torture at the hands of state security agents.

Front Line Defenders is deeply concerned by the targeting and systematic arrest of dissenting voices, including human rights defenders, in Uganda. Civil society organizations, human rights defenders, political party representatives, writers, and journalists all play critical roles in a democratic society and should be permitted to carry out their responsibilities free of harassment.

Front Line Defenders urges the authorities to unconditionally release Kakwenza as ordered by the court and protect and promote rights to freedom of expression and peaceful assembly as enshrined in the Universal Declaration of Human Rights of 1948, which Uganda ratified on June 21 1995. 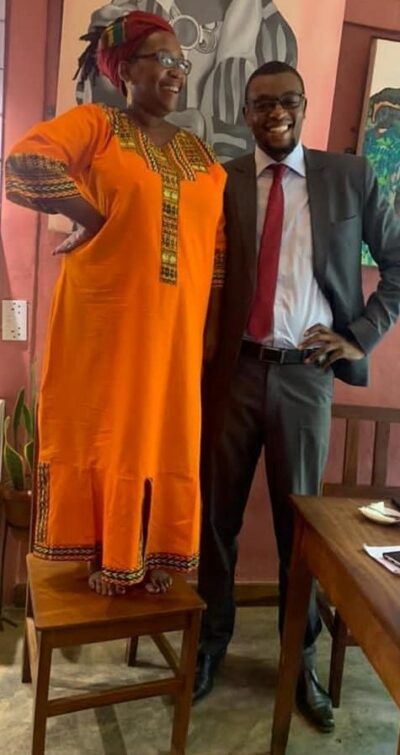 Happy Days: Dr Stella Nyanzi jokes with Kakwenza about his towering height when he visited her home in Kampala. (Photo courtesy of Stella Nyanzi)

Furthermore Frontline Defenders urges the government of Uganda, regional, continental and international organs in the region to thoroughly investigate the allegations of torture on Mr Kakwenza and prosecute those responsible.