The Constitutional Court of Uganda gave plaintiffs seven days from June 7 to file their final arguments in a landmark case challenging sections of the HIV/AIDS Prevention and Control Act 2014 that criminalize HIV transmission and require disclosure of one’s serostatus to sex partners. 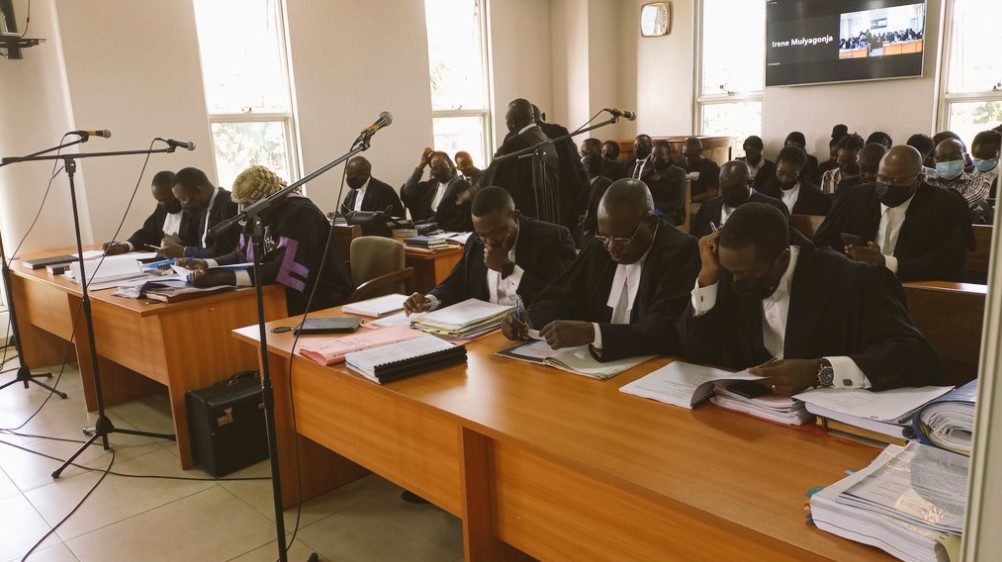 Lawyers prepare to make their case before the Constitutional Court judges in Kampala, June 7, 2022. (Photo Courtesy of UGANET)

The Uganda Network on Law Ethics and HIV/AIDS (UGANET), leading a coalition of more than 50 civil society organisations, is challenging the HIV/AIDS Prevention and Control Act 2014 which they allege is discriminatory and an impediment to the fight against AIDS. Their petition was originally filed in 2016 and has been stalled in the court system for close to seven years.

Francis Onyango, lawyer for the petitioners, told RightsAfrica Tuesday in Kampala that the parties will have to wait further the ruling after final arguments are made.

Among the controversial provisions in the Act are mandatory HIV testing for pregnant women and their partners, and allowing medical providers to disclose a patient’s HIV status to others without consent.

The law also criminalizes HIV transmission, attempted transmission, and behavior that might result in transmission by those who know their HIV status. Ugandan LGBTQI+ rights activists filed petitions to the Ugandan Parliament when the the bill was being considered.

Female sex workers also see the law as a hinderance to the fight against HIV because they are wrongly believed to harbor intentions to spread HIV to their clients. Sex work is illegal in Uganda, despite a spirited fight by activists for decriminalization.

Mandatory HIV testing and the disclosure of medical information without consent are contrary to international best practices and violate fundamental human rights, the petitioners say. They also argue that criminalization of HIV transmission is overly broad and difficult to enforce.

Uganda is currently bidding to host the Society for AIDS in Africa’s (SAA) 2023 International Conference on HIV/AIDS and STIs in Africa (ICASA 2023).

Among the requirements for potential ICASA host countries, SAA demands that host countries have no discriminatory government policies based on gender, HIV status and religion. 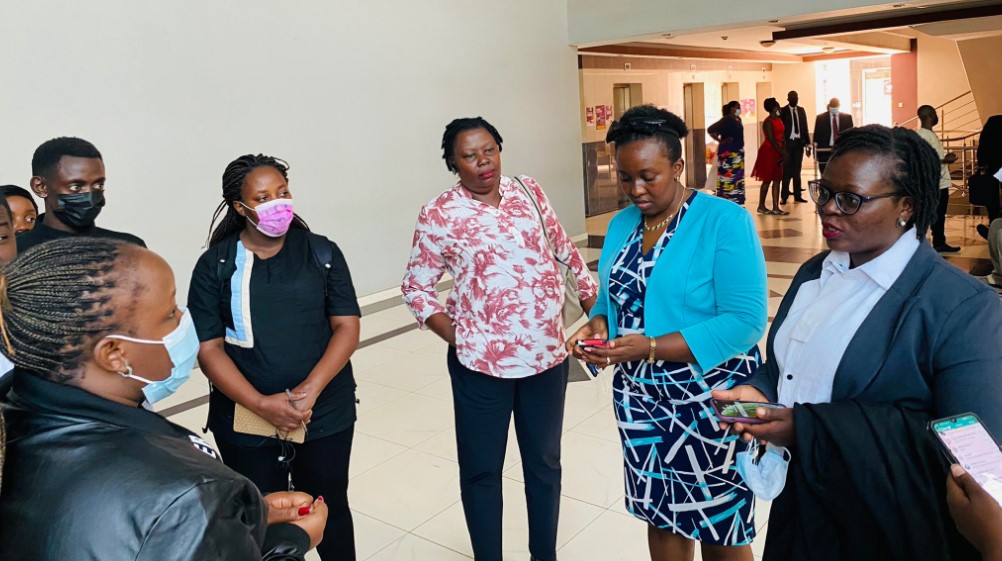 Members of the Uganda Network on Law, HIV/AIDS and Ethics (UGANET) at the Constitutional Court in Kampala, June 7, 2022. (Photo Courtesy of UGANET)