A Port Harcourt-based women’s rights activist is alarmed over the rate at which gay men are deceiving heterosexual women into marriages to hide their sexual orientation. 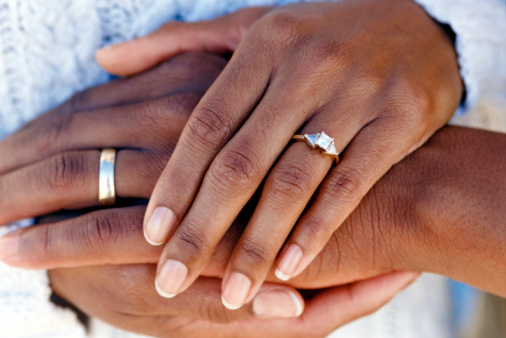 A local activist [name withheld for safety] who is currently working with a women’s rights organization in Port Harcourt, Nigeria, says she is seeing an increasing problem of gay men marrying women.

She discussed the issue in a recent conversation with NoStringsNG, which she contacted for help in dealing with the problem.

Many women who come to her for counseling and support are married to gay men who deceived them into marriage, the activist said.

The women who reach out to her for help are aggrieved and devastated upon finding out that their husbands are gay, she said:

A lot of women come to me all the time complaining that their husbands have been having affairs with other men. They are mostly confused, bitter, disappointed and do not know what to do. Many of them often consider divorce as an option. But making that decision is often a hard one for them.

She is deeply worried about the alarming rate at which more women are “selfishly” being used by many gay men to hide their sexual orientation, she said.

She considers such marriages to be a type of  violence against women:

I consider this deceptive act violence against women. The most painful thing about this whole issue is that these women are suffering so much upon realizing that they have been completely fooled into a sham marriage. For many, years of their lives have been wasted and this has negatively affected their mental health,” she said.

In a bid to help women who have gone through similar experiences, she is developing a new project that she hopes will provide support for those women, especially those in the Port Harcourt region.

Gay men marrying women to hide their sexual orientation from the society is not new, and one must be careful about pointing fingers and placing blame.

Honestly, most gay men and lesbians dream of a life with someone of the same sex, but many sadly act otherwise, due to homophobic laws against homosexuality, ignorance, wrong perceptions about human sexuality, pressure from family and relatives as well as the society’s generally negative attitude towards LGBT people.

Until all of these issues are systematically addressed, everyone will continue to suffer the repercussions of stigma, homophobia and discriminatory laws toward homosexual persons.