Recent reports, apparently untrue, that a trans woman died in the “Lions’ Den” cell block at Mornaguia Prison focused attention on the grim conditions suffered by the gay, trans and bisexual Tunisian prisoners held there.

Mounir Baatour, president of the LGBT rights organization Shams, stated on March 1 that a 32-year-old LGBT prisoner known as “Frifta,” was reportedly murdered by strangulation last month in a cell at the Mornaguia Prison in Tunis.

Today, after a long delay, the prison administration denied the report of Frifta’s death. Baatour explains:

“The prison administration reacted today, six days after of the publication of the news by Shams. It denied the death of Frifta and said that she is alive and in good health. It took articles like [this one] to make them react.

“Shams had no way of verifying the information except by publishing the news and distributing it in the media it to force the administration to react. The Tunisian human rights league, contacted by Shams, has faxed the prison since March 2 without any response until today.”

Any Tunisian who is a trans woman, gay or a bisexual man could meet a fate like that which was feared for Frifta, since Tunisian authorities arrest more than 125 people a year on charges of violating the nation’s anti-homosexuality law.

A death in Tunisia’s queer “Lions’ Den” would be just one of many injustices suffered by LGBT people in a nation that refuses to recognize the human rights of its LGBT citizens.

This is an English translation of a report by Sarah Benali, an international law specialist and journalism student, published in Huffpost Maghreb.com:

What is “Bit Syouda” and what does it mean for Tunisian sexual minorities in prison?

Following reports [Update: now denied] of the suspicious death of Frifta, a [trans woman] held in the men’s prison of Mornaguia, several members of civil society protested to the prison administration, which has maintained a wall of silence. 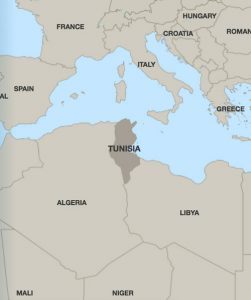 Location of Tunisia in northern Africa.

In this prison, transgender people, who are denied the right to change their civil status on their identity cards, are detained and placed in a special sector called “Bit Syouda.”

This is not new. In 2016, Héla, a transgender woman was detained in custody and imprisoned in the Mornaguia prison for 21 days. Last September, she was returned there, this time for four days. Her offense? Her physical appearance. Héla is a transgender woman who has had a breast augmentation but still has an ID card indicating that she is a man.

“The classification of transgender is not recognized in the rules of Mornaguia prison nor by the prison administration. Transgender women who are subject to prosecution are detained in male prisons, in accordance with their civil registration.” 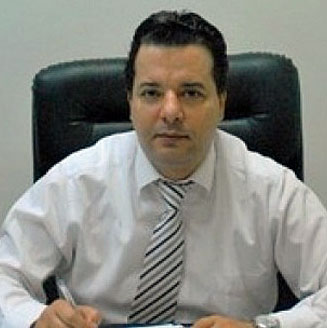 A transgender identity is not recognized by Tunisian law. However, extensive legal proceedings involving Tunisia’s civil registration code made it possible for three female-to-male transgender persons to change their registration status so their identity papers would match their physical appearance and their psychological gender.

However, the courts persist in refusing to recognize to transgender women or to allow changes in civil registration from male to female.

“It is the misogyny of justice in all its splendor. When a biologically born woman undergoes surgery to look like a man and asks for a change in her civil status, the state considers her to be achieving a higher rank and accepts the request.

“It is more complicated in the opposite direction, since several magistrates consider that a person born a man and wishing to finalize his transition in an official document is giving up a privilege … ” The privilege of belonging to the stronger sex.

Once incarcerated, a transgender person will be placed in a sector reserved for sexual minorities in the prison of Mornaguia, which is ironically named “Bit Syouda” (“the lions’ den.”) That’s the cell block for people who are transgender, homosexuals and bisexuals.

Bit Syouda is a world apart. Detainees who receive no visitors and cannot afford to make purchases in prison prostitute themselves in exchange for food or cigarettes. For exercise, the “Bit Syouda” prisoners have a special yard where they can stretch their legs without mixing with other prisoners.

Frifta, the trangender prisoner, [had reportedly] been found dead and suffocated, was reportedly detained in Mornaguia Prison more than two months ago. [According to the now-denied report] her corpse was discovered in Bit Syouda two weeks ago. Ten days later, an inmate, newly released after his sentence, reportedly told the Tunisian League of Human Rights about her death.

We are still waiting for a statement to the press from the prison administration, the League of Human Rights or the Tunisian delegation of the World Organization Against Torture. So far, the authorities have maintained a deafening silence about the facts and circumstances of Frifta’s death. [That was true until today.]

This article was updated March 6 to include the news that Mornaguia Prison authorities say that Frifta is alive.