Uganda, you promised to protect LGBTIQ people, so why arrest 125 of us?

In the wake of a raid that arrested 125 people partying at a gay-friendly bar, LGBTIQ activists are calling on Ugandan officials to make good on a recent government statement that it will protect the human rights of LGBTIQ Ugandans.

Dozens of Ugandans sit cross-legged, police patrolling around them, outside the Ram bar after the Nov. 10 police raid. (Photo courtesy of Twitter via Pink News)

The Ugandan advocacy group SMUG (Sexual Minorities Uganda) called for a government investigation of the raid, which came at a time when rumors are swirling about the possibility of a renewed parliamentary push for a revived Anti-Homosexuality Bill.

In a press release today, SMUG demanded that all charges be dropped against the 125 arrestees, including 67 still in prison awaiting court action.

“We call upon the government of Uganda to ensure security, protection and safety of all Ugandans regardless of their sexual orientation or gender identity by investigating this raid by law enforcement and issuing a clear statement of facts,” SMUG stated.

This is an excerpt from the Oct. 24 statement from Esther Mbayo, Ugandan minister in charge of the presidency:

This is the SMUG press release in full:

DROP ALL CHARGES AGAINST LGBTIQ UGANDANS AND DESIST FROM VIOLENCE, PERSECUTION, ARREST, AND EXTORTION.

In the presence of media, these armed forces brutally arrested 125 people and detained them at the Central Police Station in the capital Kampala, they have been charged with the offense of Public Nuisance. 67 remain in custody in Luzira prison and 53 have been released. There will be bail hearing in the coming days for the 67 people in custody .

“As soon as we got into Ram bar at around 11:30pm, we saw police swamp the place and ordered us to all sit down. Not knowing what we had done wrong, I asked and I got slapped for it. Later, we were all told to go on the patrol trucks and we were driven to Central Police Station (CPS) with no knowledge of what we had done… At Central Police Station – CPS, some of my friends were treated inhumanely just for asking the same question I was slapped for asking.” recounted Sonia, one of the suspects who has since been released without charge.

Since 2012, police has raided at least six LGBTI events, the most recent occurring on 17th May 2019 when police raided and shut down an event organized by Sexual Minorities Uganda – SMUG and Chapter Four Uganda to celebrate International Day Against Homophobia and Transphobia (IDAHOT).

“Whereas government recently issued a statement , assuring safety and protection of all Ugandans, including minority groups. What good is that statement now, when security forces are blatantly violating our human rights with impunity” said Frank Mugisha of Sexual Minorities Uganda. 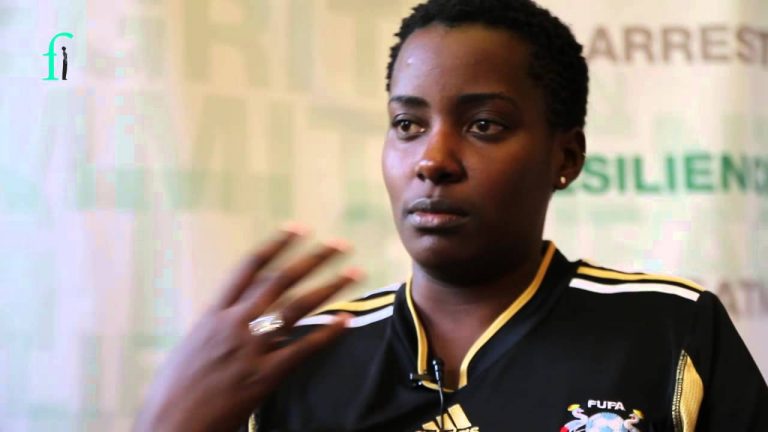 “I think the police is using the Sunday night illegal raid on RAM bar and the arrest of LGBTI patrons to try and divert the country from the police/Army’s brutal crackdown on the Makerere University protesters and journalists”. said Byarugaba Clare of Chapter Four Uganda [Editor’s note: See links to coverage below.]

Brutal attacks on LGBTIQ people have increased since the Minister of Ethics and Integrity, Simon Lokodo announced plans to retable the Anti Homosexuality Bill on the 10th October 2019. This statement that was supported by Uganda’s Minister for Security General Elly Tumwiine who said LGBTIQ people are terrorists and former Minister of Ethics and Integrity Nsaba Buturo who said he would seek leave to reintroduce the law has led to the documented abuse of the human rights of LGBT persons.

We call upon the Attorney General to drop all the trumped up charges being brought up against the remaining 67 people who are now being held in Uganda’s Maximum Security Prison in Luzira.

We call upon security forces in Uganda to protect the human rights of LGBTIQ people in Uganda, consistent with the statement by the Ministry of the Presidency.

We call upon the media to respectfully report about cases concerning the human rights of LGBTIQ people without bias or subjecting them to further risk by exposing their faces to the public and incriminating suspects before justice is served.

We call upon the diplomatic partners to diplomatically and bilaterally engage our government on the protection and safety of LGBTIQ people in Uganda.

We call upon the government of Uganda to ensure security, protection and safety of all Ugandans regardless of their sexual orientation or gender identity by investigating this raid by law enforcement and issuing a clear statement of facts.

To the LGBTIQ community we urge you to stay calm and vigilant and immediately report any violations to the relevant security agencies and local organizations.

Links to coverage of Makarere raid on Oct. 25: