Nigerian gay activist Bisi Alimi and his foundation celebrated the lives and talents of LGBTIQ+ Nigerians in a “Diversity Pride Night” in late October. But when they billed it as Nigeria’s first-ever pride event, they were exaggerating. 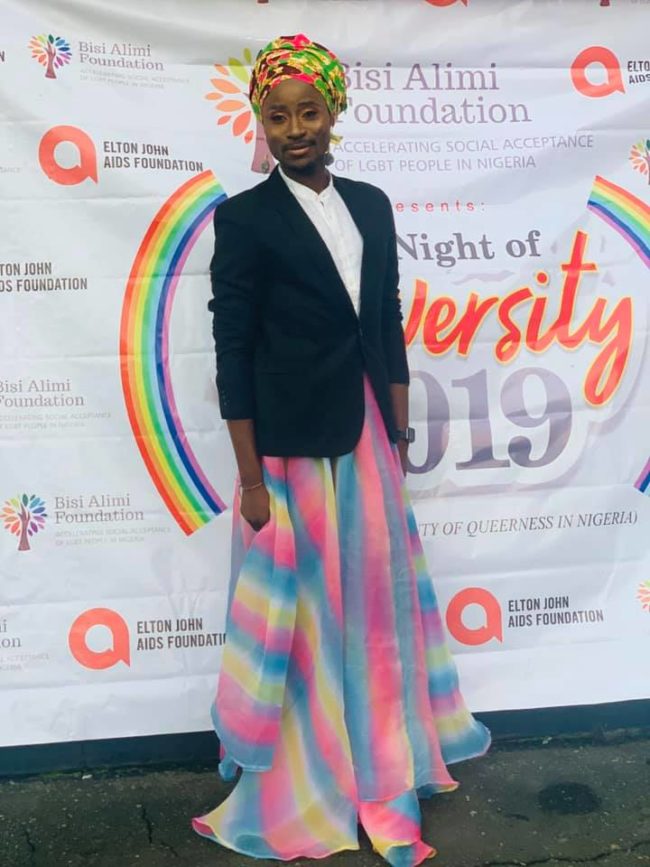 In Nigeria, LGBTIQ+ persons live in fear and face hostility from Nigeria’s homophobic society, amplified by the country’s discriminatory and repressive laws. That is why community events such as Diversity Pride Night are important. They’re an opportunity for members of the LGBTIQ+ community to interact with each other in a safe space where they can express themselves.

Alimi, who is the founder of the Bisi Alimi Foundation, said:

“There is a need for such an event in a very safe space that allows LGBT people to be authentic while they interact with their friends, families, and allies. …

“This is the beginning of what will be an annual event to showcase and celebrate the beauty and the increasing visibility of the LGBT people in Nigeria.”

It was descrbed as Nigeria’s “first-ever” pride event — a description that several members of
the Nigerian LGBTIQ+ community have questioned.

For one thing, it wasn’t held in public. For another, invitations to attend the event were quite limited, although Alimi said that “people across different professions and walks of life, including, celebrities, diplomats, expatriates and members of the LGBT community were treated to an evening of entertainment featuring; music poetry, dance, film, and storytelling.”

He acknowledged, though: “We had a massive issue around people not getting the invite.”

In the past, other organizations in Nigeria have held similar closed-door community events for the local LGBTIQ+ community. Diversity Pride Night was another such valuable event, apparently attended by ALimi’s friends, supporters and allies.

But, it should be noted clearly and strongly that in Nigeria, there’s no record of a public pride event or parade ever being held. When that happens, it will not be a secret.