Gay-friendly lawyers hope to win release next week for the 20 imprisoned members of the LGBT community awaiting trial on charges of enabling the spread of Covid-19 by living together in an LGBT homeless shelter. But so far Uganda’s strict measures to limit the spread of Covid-19 have stymied the lawyers’ attempts to see the men at Kitalya Prison. 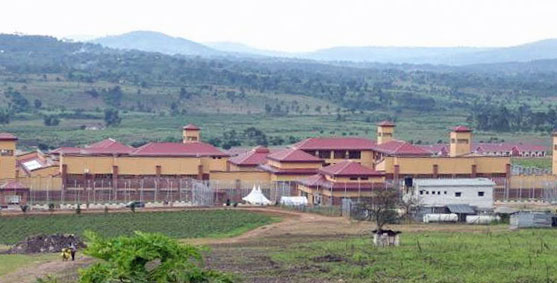 The 20 prisoners were among the 23 arrested March 29 at the shelter run by Children of the Sun Foundation Uganda (Cosf Uganda). Three reportedly were released on police bond — two for medical reasons and a nurse who was providing medical care at the shelter.

After a brief court appearance on March 31, the other 20 were sent to prison to await a further court hearing on April 29.

Lawyers for the LGBT advocacy organization HRAPF (Human Rights Awareness and Promotion Forum) are working to get the prisoners freed on bail next week.

The lawyers cannot move about as usual because all public transport and private cars are banned in order to combat Covid-19. To reach LGBT clients, HRAPF lawyers have switched to riding bicycles and motorcycles, which are allowed during the lockdown.

However, they do not yet have approval to enter Kitalya Prison, which is about 55 kilometers northwest of central Kampala.

HRAPF today issued this announcement about the situation:

By way of further update to this case, we have been unable to reach the clients in prison. We initially went to Kitalya Prison and the Officer in Charge denied having the 20 in custody. They suggested Kabasanda Prison where we also went but the 20 were not in any of the records. We reached Kitalya Prison again and the Officer in Charge confirmed having the 20 in custody but that no visitors including lawyers were allowed except with the permission of the Commissioner General of Prisons.

Today, we submitted our application to visit the clients to the Commissioner General of Prisons who was not in office. We were promised a response on Monday. However, we were reliably informed that getting access to the prison may be difficult at the moment as lawyers and visitors are not allowed for fear of spreading COVID-19 in the prisons.

We have therefore decided to apply for a production warrant on Monday before Nsangi Chief Magistrates Court so that we can apply for bail for the clients. We have already started now working to secure sureties for them, a process that is also quite long and usually difficult.

We believe that if the courts do allow our application, they should be out of prison by the end of the week.