A Ugandan HIV and LGBTI activist, Richard Lusimbo, has been appointed program manager for Pan Africa ILGA, the LGBTI advocacy organization that serves the African continent. 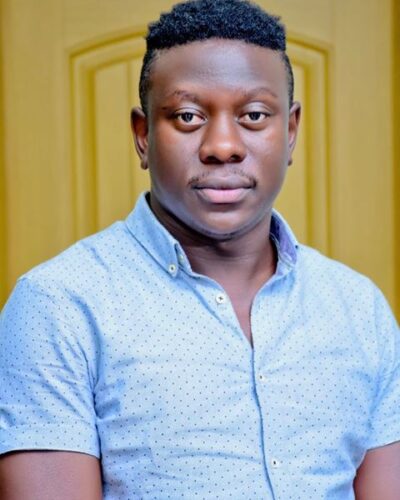 Lusimbo had been the research and documentation officer at the LGBTI coalition Sexual Minorities Uganda (SMUG), a position he had held since 2012.

On June 1, he was officially welcomed at Pan Africa ILGA (PAI) in Johannesburg, South Africa, as the program manager.

In a welcome memo, the PAI board, membership and secretariat pledged their support to Richard, who brings with him over 8 years of experience in activism for LGBTQI+ rights and HIV prevention as well as sexual and reproductive health and rights.

PAI is the African regional arm of ILGA, the International Lesbian, Gay, Bisexual, Trans and Intersex Association. It is a consortium of over 150 organizations throughout the continent, working for human rights and equality for LGBTQI+ persons.

In his farewell message to former colleagues at SMUG and the health advocacy project Right Here Right Now (RHRN), Lusimbo stated that it was time for him to take on new challenges:

“It’s been an honour to be part of SMUG and I am delighted through RHRN I was able to share that joy and light with you all,” he wrote.

Social media have been buzzing with congratulatory messages and messages of support from friends and work colleagues in and outside of Uganda.

“I am glad that I met you, worked with you and connected. It’s always a pleasure to work with energetic people like you. I am also happy that you are not totally outside the circles and pray that our paths will meet,” wrote one of Lusimbo’s colleagues.

Another well-wisher, Yvonne, wrote: “This is so sad. I am glad I got to work with you and your energy is irreplaceable. I hope that we will continue to be in the same spaces and continue to interact in the future.”

Lusimbo’s departure comes at a time when the LGBTQI+ community in Uganda is still criminalized and stigmatized in addition to being a target of repeated physical and some times fatal attacks by both state security operatives and hate groups.

But with the energy and consistency of human rights activists like him,  advocacy for the rights of the LGBTQI+ persons has made several gains in Uganda, especially in the area of accessing health care and over turning the “Kill the Gays” act in 2014.

While serving at SMUG, Lusimbo documented human rights abuses experienced by the LGBTQI+ community in Uganda, produced policy reports to highlight those cases, and came up with recommendations for action by civil society and the state.

Several analysts say that this played a key role in defeating the recent attempts by some politicians to re-introduce the Anti-Homosexuality Bill in the Ugandan parliament.