Somaliland: ‘Don’t come back, they’ll kill you for being gay’

For 20-year-old Mohamed, a visit to his boyfriend was a dangerous act that risked landing them both in prison and might get them killed. That’s gay life in Somaliland. 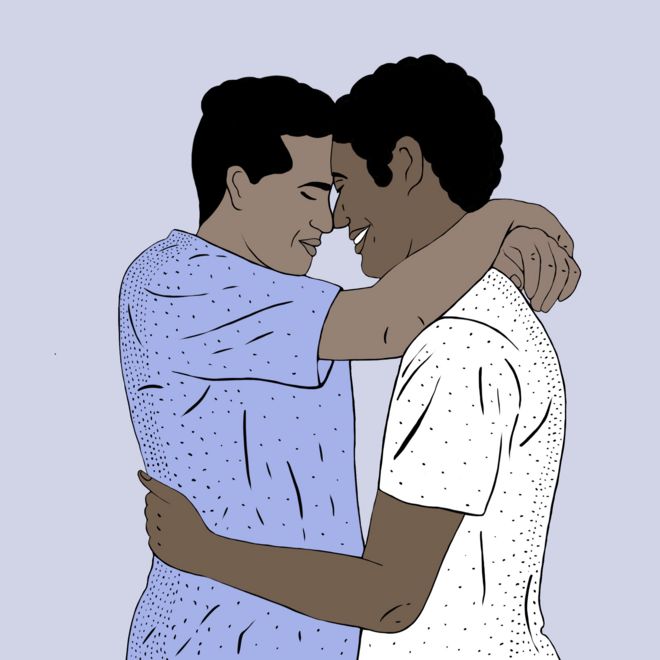 Mohamed and Ahmed lived in Hargeisa, the capital of the self-declared state of Somaliland, which broke away from Somalia nearly 30 years ago.

The courts there enforce Islamic law, Sharia, which deems homosexuality illegal, so LGBT+ Somalis must conceal their sexuality. They live in fear of being exposed. For Mohamed, who says he is quite feminine, it was harder to pass as straight than for some others.

Mohamed and Ahmed’s encounters were a secret until the day when Ahmed’s sister found them together in Ahmed’s room. She began yelling, waking up the whole house. Within minutes Mohamed was out of the door and hiding at a friend’s home, where he received a chilling phone call from a well-wisher: “Don’t come back home. They are preparing to kill you.”

From an early age, his family knew he was different. When he was 12 years old, they sent him to a “rehabilitation center” in an attempt to turn him straight. There he was instructed about Islam and given a hallucinogenic drug to try to rid him of a supposed evil spirit that people believed was making him gay. The drug affected Mohamed’s memory, but he believes that he was repeatedly raped. 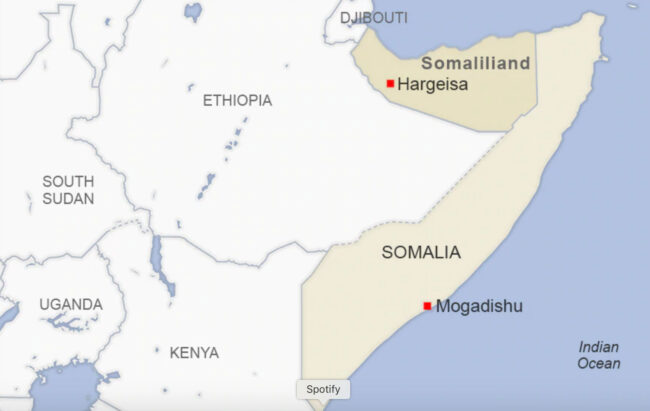 The location of Somaliland in East Africa.

After the warning not to return home, Mohamed fled to Malaysia — another country where homosexuality is illegal. Currently he is in hiding there, fearing that his family will track him down, hoping that he will somehow be able to move to Europe or America.

He has been unable to find out what happened to Ahmed.

To read Mohamed’s story, click on the BBC article “‘Don’t come back, they’ll kill you for being gay’ “.