In the Jan. 14 election, Ugandan voters rejected two politicians who are notorious for homophobic attacks against the LGBT community. 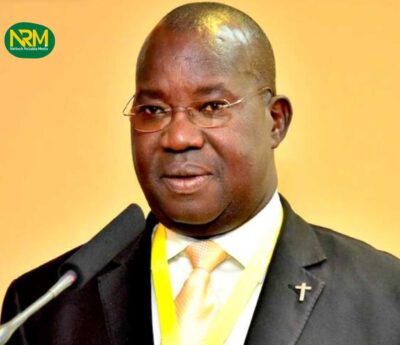 The two defeated politicians are Haji Abdul Kiyimba, the former Mayor of Nsangi Town Council in Wakiso District in central Uganda, and the Rev. Simon Lokodo, the Minister of Ethics and Integrity.

Kiyimba is facing charges of torture and degrading treatment of young men arrested last year during a raid that he spearheaded last March against a homeless shelter.

Haji Kiyimba was rejected by the people of Bukoto South constituency in Lwengo District (central Uganda).  Running on the ruling National Resistance Party (NRM) ticket, he was defeated by the little known Dr. Twaha Kagabo Muzei.

Lokodo, a member of parliament since 2006, has actively campaigned against homosexuals for years.

Lokodo, who is also a NRM supporter, was running as an independent in Dodoth County West in Karenga district (Karamoja Sub-Region).  He lost to Ben Batom Koryang, who had earlier defeated Lokodo in the NRM primaries.

“Their losses may not have been directly related to their positions and actions against the LGBT community, but I am glad that voters have rejected two leaders who have openly used and abused their positions in government to violate the rights of LGBT persons in Uganda,” said Vincent, a film maker based in Kampala. 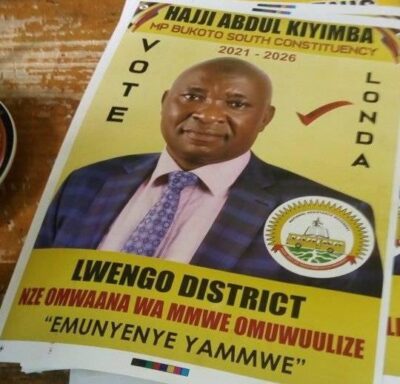 Lokodo, who has been a minister since 2009, has never hidden his hatred for the LGBT community.

In 2012, he and the police raided and shut down a gay activist workshop. He was quoted as saying, “I have closed this conference because it’s illegal. We do not accept homosexuality in Uganda.”

When Sexual Minorities Uganda took the matter to court, the judge ruled in favour of Lokodo.

In 2019, while leading the effort to reintroduce the Anti-Homosexuality Bill (also known as the “Kill the Gays” Bill), Lokodo said;

“Our current penal law is limited. It only criminalises the act. We want it made clear that anyone who is even involved in promotion and recruitment has to be criminalised. Those that do grave acts will be given the death sentence.”

On 29th March 2020, Haji Abdu Kiyimba spearheaded an operation during which 23 homeless LGBT youth housed and supported by the Children of the Sun Foundation (COSF Uganda) were brutally arrested at a shelter in Nkokonjeru ‘A’ Village in Kyengera Town Council (Wakiso District) and illegally detained at Kitalya Mini-Maxi prison for allegedly flouting presidential guidelines for limiting the spread of COVID-19.

Mukiibi Henry, one of the COSF youths who were arrested, recalled:

“Hajji Kiyimba repeatedly beat me with a cane that he got from one of the Local Defence Unit (LDU) members. He hit me on the arms and back, and I still have scars from those beatings.”

As the 23 youths were held in prison for 50 days without a trial, the motivation for the arrests because clear: They were homeless members of the LGBT community. The  director of public prosecutions (DPP) withdrew charges against them, and they were released.

Kiyimba together with Philimon Woniala, the Deputy Officer in Charge of Kitalya Mini-Maxi Prison, were taken to court by the Human Rights Awareness and Promotion Forum (HRAPF) on behalf of COSF, seeking redress for torture, inhuman and degrading treatment, discrimination and violation of privacy by the Kiyimba and Woniala. 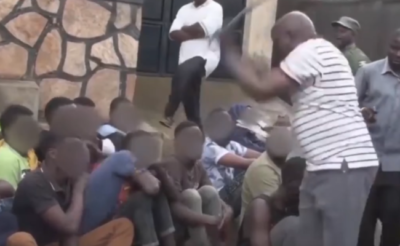 Hajji Kiyimba ( in stripped shirt) beating LGBT youths in a March last year raid at a vulnerable youth shelter, members of Children of the Sun Foundation