Convicted homosexuals to be included in Uganda sex offender registry

Ugandans convicted of having sex with people of the same sex would be included in a new sex offender registry, following the passage by Parliament of a new anti-gay bill May 4.

If signed into law by President Yoweri Museveni, people convicted under provisions of the Sexual Offences Bill, 2019 would be entered for life into a publicly accessible sex offenders registry. The database would be hosted by the National Identification and Registration Authority (NIRA) and would be accessible by security agencies, health insurance companies, schools, landlords, banks, and the general public.

Other offences included in the Sexual Offences Bill include rape, defilement (sex with a minor), sexual assault, sexual harassment, incest, bestiality, prostitution, and procuring a prostitute. Consensual homosexual sex and consensual prostitution are also included in the bill along with those offences.

Members of Parliament said that the bill was necessary to preserve Ugandan culture and protect children and families.

In discussions of the bill on Monday afternoon, Jacob Oboth Oboth (NRM, West Budama South), chair of the Legal and Parliamentary Committee, described the planned sex offenders registry, which would be linked to the NIRA system. Its information would be made available within ten days of an offender’s conviction, he said.

“A person who engages in unwelcome touch, patting, pinching or any other unsolicited physical contact with or makes sexually oriented comments, jokes, obscene expressions or offensive flirtations with an employee, student, patient or other person under his or her authority, knowing or having reason to believe that such conduct is not welcome or offensive… commits an offence,” Oboth said. 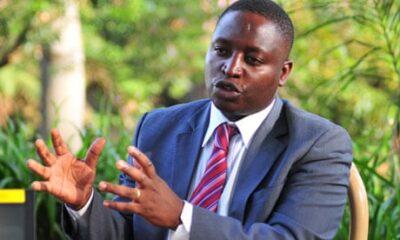 State Minister for Planning David Bahati, author of the infamous Anti-Homosexuality Bill, 2009, said the new bill was aimed at preserving African culture and values. He, however, had suggested that sections on foreign concepts like child sex tourism be deleted.

“I support this Bill. It will protect values of our society that have lived for generations. They will protect our cultures and above all, preserve the dignity of African society and protect our children,” Bahati said.

Sexual Minorities Uganda (SMUG), the umbrella organization for lesbian, gay, bisexual, transgender and queer organizations in Uganda, issued a statement on Twitter Wednesday expressing concern with the bill, which expands the criminalization of gay sex already in the Ugandan Penal Code.

SMUG noted that the new bill criminalizes “the private lives of adult and consenting same-sex loving persons.” Clause 11 criminalizes and bans the “penetration of another person’s anus with a person’s sexual organ or with any object,” as well as “sexual acts between persons of the same gender.”

“SMUG is concerned that the Bill will enhance the already homophobic environment in Uganda and consequently lead the way for further violation of the rights of sexual and gender minorities, including violations such as ‘corrective rape’ and other acts of violence,” the statement says. “Clause 11 also goes against the very essence of the Bill to protect Ugandans from sexual violence. The Bill also goes against the rights and protection of minorities as stipulated in the Constitution of the Republic of Uganda.”

SMUG has called on President Museveni not to assent to the bill and for other government bodies to fight the legislated discrimination.

Some of the members of the LGBT, sex workers and transgender community, posing here for a photo of the Uganda Key Populations Consortium, would be affected if the new bill is assented to by the President. (Photo courtesy of Kuchu Times)