A member of the LGBT community in eastern Uganda was attacked at home on Nov. 25 by men brandishing machetes and chanting homophobic slurs. 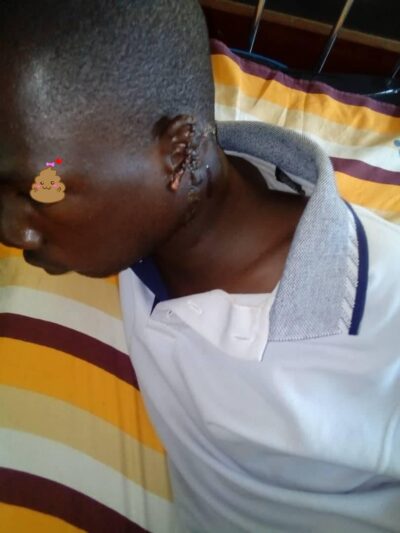 According to Philip Mutebi, the executive director of Human Rights and Economic Empowerment Development (HUREED), Brian was relaxing at his home in Bugweri District when the men attacked him, cutting off two of his fingers and his left ear and inflicting a deep cut on his neck.

Mutebi says Brian (full name withheld for his protection) managed to escape from the homophobes, who were determined to kill him.

After he escaped, the attackers went to his maize plantation of 1.5 acres and cut down all the maize. In Ugandan culture, cutting down a person’s food crops and destruction of livestock is a mob sentence designed to banish the individual from the community. Such attacks are often based on rumors unsupported by any evidence.

This form of communal punishment is common on LGBT people for their actual or alleged sexual orientation and/or gender identity. It is also a form of punishment inflicted on vulnerable old women who are sometimes scapegoated for community woes, which leads to accusations of witchcraft and their death.

“With the help of his neighbors, he was taken to the nearby clinic because he was  bleeding,” Mutebi stated.

HUREED is working with the local police to bring the attackers to justice, he said. One of the attackers was a hawker who reportedly is a relative of Brian from Iganga (about an hour’s drive from the victim’s home). He is currently on the run.

“Is this what the world calls love of Jesus in church and society? Don’t you think LGBTIQ persons have families that you hurt as well when you harm us? How did we wrong this world to deserve this torture and persecution?”

According to Mutebi, such attacks are not uncommon in the rural communities where HUREED operates in Eastern and Central Uganda, including the islands of Ugandan lakes. HUREED is a non-governmental organization advocating for the rights of LGBTQI persons.

Not long ago, Mutebi said, one area local councilor, a renowned homophobe, ordered the police to arrest LGBTI youth under the pretense that they possessed narcotics.

“The HUREED legal team immediately swung into action and they were able to regain their freedom under a police bond,” he said. 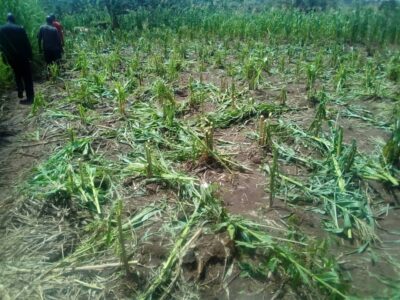