A growing online social movement is calling for the repeal of all laws that criminalize consensual sexual relations between unmarried people in Morocco, including sex between people of the same sex. 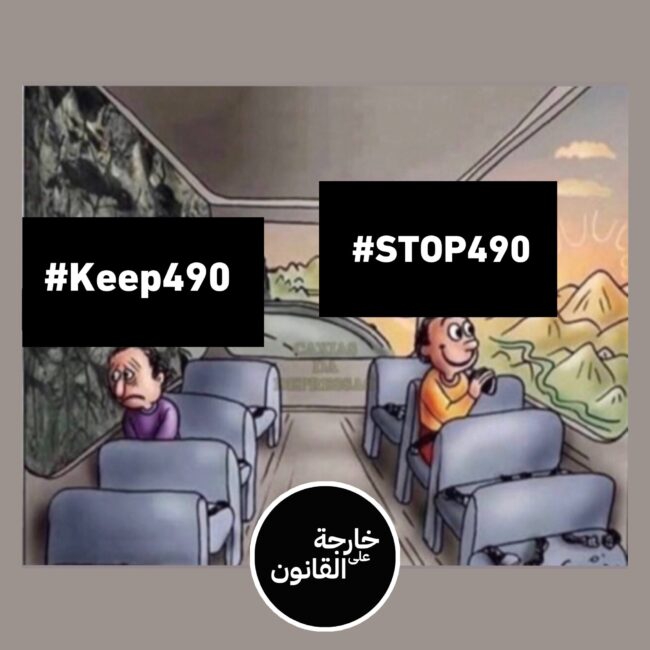 A meme shared by Moroccan Outlaws, a social movement that is campaigning for the repeal of laws criminalizing consensual intimacy. (Image courtesy of Moroccan Outlaws Instagram)

The movement, dubbed #Stop490, after section 490 of the Moroccan Penal Code, which criminalizes extramarital sex, gained steam in January 2021 after a woman was sentenced to one month in prison after an ex-boyfriend shared a video he had recorded of her having sex without her consent.

For years, Morocco’s conservative-leaning government has opposed calls to reform laws that were considered to preserve traditional Islamic morality. But in September, the government was delivered a crushing defeat in national elections that put a more liberal and progressive coalition in power. The government has promised a review of the entire Penal Code but has not committed to repealing any of sections 489, 490, or 491.

According to a report in The Economist, another sector calling for reform is the tourism and hospitality industry, which has suffered greatly during the COVID-19 lock downs and travel restrictions of the past two years. Legal restrictions on renting rooms to unmarried couples are considered a barrier to promoting tourism, which hoteliers would like to see lifted.

Morality laws make it difficult for unmarried Moroccans to travel within their own country. Women have reported being unable to rent hotel rooms without a male relative as hoteliers fear running afoul of morality police who will accuse them of prostitution, adultery, or fornication. At the same time, hoteliers and travelers also report having to pay bribes to police officers to make them look the other way.

One of the groups leading the charge against consensual intimacy laws, Moroccan Outlaws, has explicitly drawn parallels with laws banning same-sex intimacy in its social media campaigning.

“We hope that one day in Morocco it will be possible to come out without being persecuted. Because we know how difficult it is today, if not impossible, to do so! The fight continues #STOP489,” the organization tweeted on Coming Out Day in October.

Movements to decriminalize extra-marital sex and reform morals clauses of penal codes have been gaining steam across Arab nations in recent years. Last year, the United Arab Emirates dropped extramarital sex prohibitions from its federal penal code, although prohibitions on homosexuality remain. Also last year, Sudan ended the death penalty and corporal punishment for sodomy, although it can still be punished with prison sentences. And several judges in Lebanon have refused to apply that country’s law prohibiting sex “contrary to the order of nature” as they ruled sodomy is not “unnatural.”