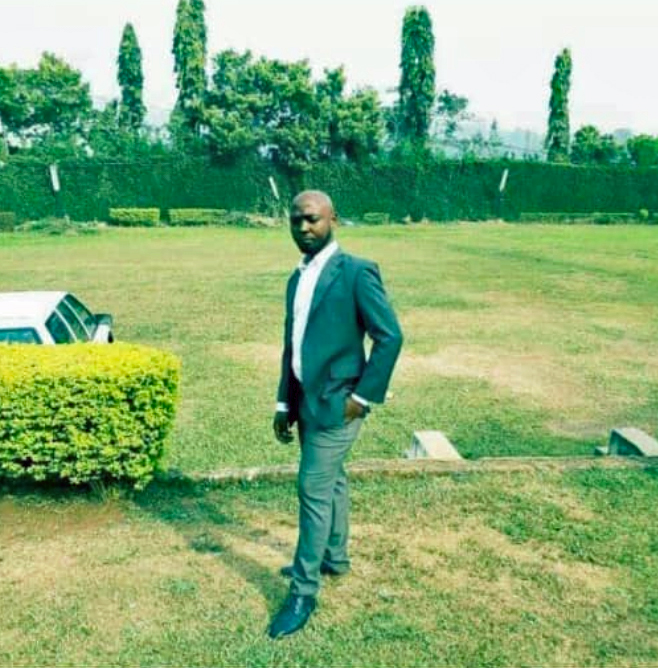 In his spare time, he volunteered at the LGBTI rights advocacy organization Defenders Without Borders, run by lawyer Stéphane Aboa. Toguen became the group’s manager of violence prevention.

Previously, he had volunteered in advocacy and awareness activities organized by the LGBTI community organizations Alternatives-Cameroon and Camfaids. Those activities were aimed at reducing violence and rights abuses against LGBTI people in Cameroon and removing barriers to accessing health care for key populations, including LGBTI people.

Problems arose starting last spring. In May, Toguem’s employer stopped paying him his salary. although his co-workers continued to be paid. In August, he approached his boss, Ernest, to ask why.

Ernest replied: “We’ve been doing you a favor by giving you a job. I have now learned about your sexual orientation.  As you know, homosexuality is forbidden in Cameroon. I’m not going to give any  money to a homosexual like you. If you continue to harass me, just wait to  see what will happen to you.”

Toguem was scared. He gave the job without telling his family why. But his mother investigated, asking Ernest what had happened.

Appalled to learn that her son was gay, she threw Toguem out of the house.

“You have chosen the path of the devil,” she told him, “so you must leave my house and go live your homosexuality far from me.”

Toguem didn’t know where to go. He could have stayed at shelters run by LGBTI rights organizations Camfaids and Humanity First Cameroon shelters, but instead he spent a few nights at the office of Defenders Without Borders (Défenseurs Sans Frontières) before a friend offered to share his home.

After a few weeks together, the two friends decided to leave the country to seek refuge elsewhere. They were worried because of the upsurge of homophobic violence that gripped Cameroon in the wake of the Shakiro affair.

The pair set out for Europe by road, following a clandestine route. During the journey, they became separated.  Toguem reached Greece, where he intends to seek asylum. The location of his friend is unknown.