Professor Sylvia Tamale, a Ugandan LGBT ally and academic scholar, has been awarded an Honorary Doctorate of Laws by the University of Pretoria in South Africa in recognition of her contributions to advancing rights for African women and sexual minorities and her provocative scholarship on sexual and reproductive rights. 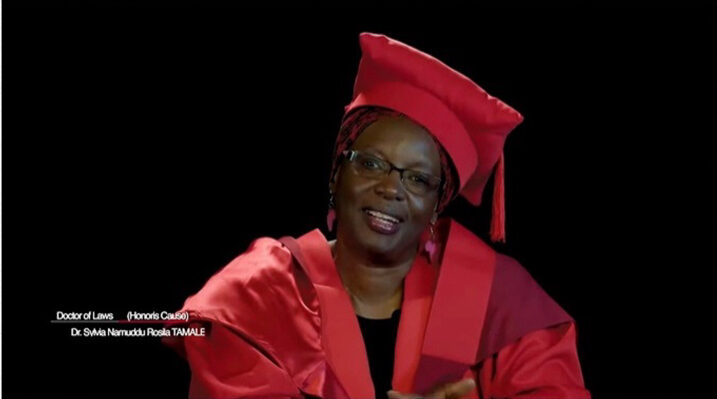 Tamale is the first female Dean of Makerere Law School in Kampala, Uganda and the first female professor to give an inaugural lecture. She is a unique voice around African culture, sexuality, the law and human rights, and has been internationally recognized as a leading scholar.

“Where I come from, vocal feminists academics are mostly othered or vilified and not honoured,” Dr Tamale says in her virtual acceptance speech, which can be viewed on YouTube (starting at 12:38). “Hence, this award came as a huge surprise for me.”

“I want to thank [University of Pretoria] for providing me with a new platform with which I can launch my activist missiles against imperialism, racialism, patriarchy, heteronormativity and all the other isms and phobias. Hopefully, the world will listen,” she says.

Honorary degrees are academic awards given by universities to individuals to recognize their exceptional contributions to society or lifetime achievement in their field. The annual graduation ceremony at the Future Africa Campus at the University of Pretoria, held on 10 December, International Human Rights Day, has become a key item on the school calendar. This year, the graduation ceremony took place virtually and was complemented by an informal ceremony at the Centre for Human Rights at the Faculty or Law.

In introductory remarks, Professor Elsabe Schoeman, Dean of the Faculty of Law, praises Tamale’s contributions to areas of women’s rights and sexuality that are “under-explored in Africa and by Africans.”

“Hers is a unique voice in African Scholarship around culture, human rights, women sexuality and the law,” Schoeman says.

Tamale has spoken up forcefully against discrimination based on one’s sexual orientation and or gender identity. She is a founding member of Sexual Minorities Uganda, and has played a key role in advocating for lesbians and women rights. She was one of the first scholars to question discrimination of Ugandans based on their actual or alleged sexual orientation or gender identity.

She pursued justice for women and sexual minorities in the face of widespread criticism and even threats of physical violence. In 2013, Tamale was voted the “worst woman of the year 2013” by readers of the state-owned newspaper The New Vision. Published comments from readers suggested that she should be lynched.

A December 31, 2013 article in the The New Vision, a state-owned newspaper, in which readers voted Prof. Sylvia Tamale “the worst woman of the year” for her activism against anti-LGBT discrimination, misogyny, and dangerous African taboos (female genital mutilation) and for sexual and reproductive health and rights. The readers branded Tamale a dangerous woman to girls. (UhspaUganda file photo)

Tamale played a key role in forming the Uganda Civil Society Coalition on Human Rights and Constitutional Law, a group of about 60 organizations that opposed the Anti-Homosexuality Act that was passed by the Uganda Parliament in 2013. It was later struck down by the Constitutional Court.

Tamale’s persecution in the media gave rise in 2006 to the formation of  the Uganda Health and Science Press Association (UhspaUganda), a network of mainly queer journalists and professionals from various backgrounds that opposes LGBT defamation that often leads to violence against LGBT people in Uganda. UhspaUganda also questions dominant narratives that fuel violence and persecution against vulnerable people.

Tamale holds a PhD from the University of Minnesota, USA; Master of Laws from Harvard Law School, USA and Bachelor of Laws from Makerere University. Tamale is an internationally recognized leading scholar and has received several awards including African Studies Association of International Visitors and the Fulbright Scholarship. She has served on numerous editorial boards and is widely respected for her leadership roles including Commissioner of the Global Commission on HIV/AIDS and the Law, Board Member of the Open Society Initiative for East Africa, and Board of Trustees of the Equal Rights Trust. 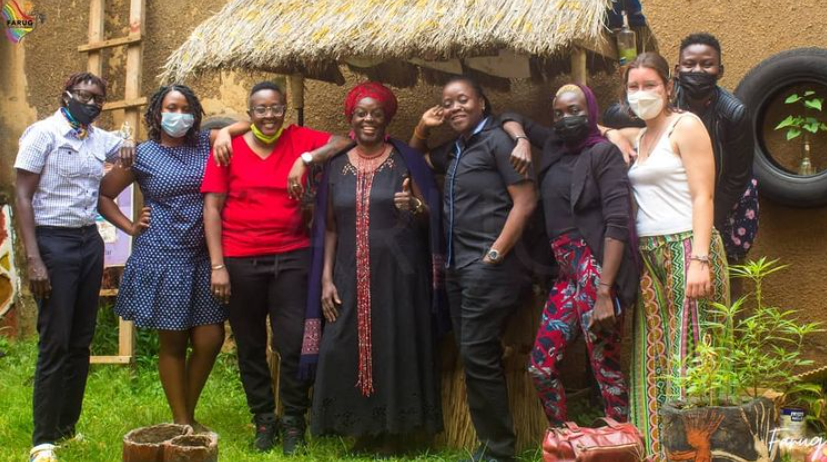