Senegal’s parliament on Dec. 24 rejected a proposal filed Dec. 22 to toughen the nation’s law against homosexual activity, proposing penalties of up to ten years in prison in place of the current five years. 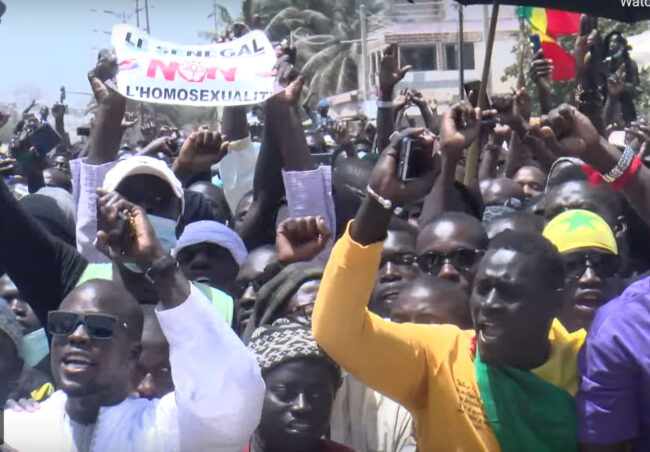 Protesters against homosexuality gathered in Dakar, Senegal, on May 23, 2021, to call for a harsher anti-gay law.

France TV Info reported (in an article that here is loosely translated from the French original):

A majority of deputies called the issue a “false debate,” denouncing “a political instrumentalization” [of the debate over LGBTQ issues] four weeks before local elections. 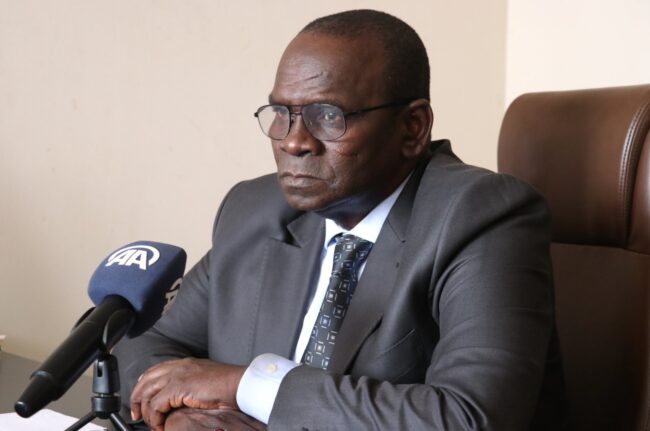 Aymérou Gningue: We already have an anti-homosexuality law in Senegal. (Photo courtesy of AA/Daily Sabah)

The bill, initiated by eleven deputies, mostly from the opposition, provided for “a sentence of five to ten years in prison and a fine of one to five million CFA francs (1,500 to 7,625 euros), without the possibility of granting mitigating circumstances (for) anyone found guilty of unnatural acts. This text was supported by associations and religious leaders, who are influential in this 95% Muslim country where homosexuality is considered a severely repressed deviance. It aimed to further criminalize homosexuality and also to widen the law to cover “other deviances”, according to its initiators: “lesbianism, bisexuality, transsexuality, intersexuality and other similar practices.”

“The current law in Senegal, which dates from 1966 (…) is clear on this subject. There is no need to add or remove a comma,” said the majority MPs in a statement. The acts targeted by the bill “are already clearly banned and punished by law in Senegal,” said the chairman of the parliamentary majority group, Aymérou Gningue. The fifteen deputies proposing the bill are suspected of “political instrumentalization” before the municipal and departmental elections scheduled for January 23 in the country. They want to “install a false debate in this pre-election period” and “hide unavowed political objectives,” said Aymérou Gningue.

President Macky Sall, whose country is often cited as an example of the rule of law in Africa, has always invoked “Senegalese cultural specificities” to refuse to decriminalize homosexuality, including in front of foreign leaders, such as during the visit of Canadian Prime Minister Justin Trudeau on 12 February 2020. …