Activists have launched a campaign to stop homophobic Nigerian hate preacher Suleman Johnson from spreading his homophobic sermons to Canada. 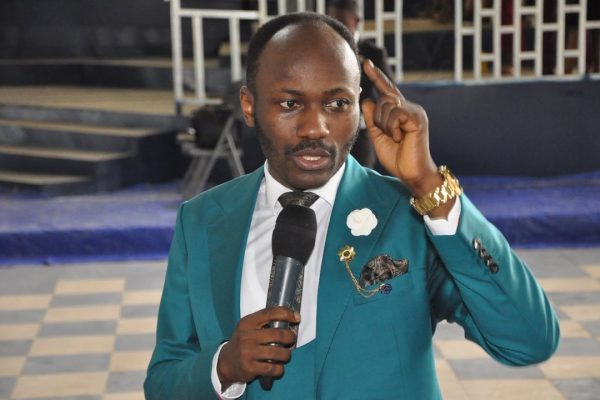 The controversial religious leader, who has been involved in several scandals, is the general overseer of Omega Fire Ministries International, a popular Nigerian Christian church with several branches spread across the country. Like many other conservative Christians, especially in Africa, Apostle Johnson he believes that homosexuality is evil and demonic.

He preaches that homophobic message to his congregation.

In one of his recent sermons in Edo State, his proclamations ranged from lies to misunderstandings, including misconceptions about the medical and economic bases for homosexuality. Instead of addressing the Biblical declaration that God’s whole creation is good, he relies on the worn-out claim that God did not create “Adam and Steve.”

He told the Edo State gathering:

“You can’t say you are a homosexual, that that is who you are. That is not who you are. God created Adam and Eve, not Adam and Steve.

“If you are a homosexual, you have four problems.

“Number 1, you have a demon living inside you. A registered demon from hellfire, a demon with capital letters.

“Number 2, you have a medical problem because your thinking is wrong.

“Number 3, economic situation can cause it. There are people that are being paid to be homosexual.

“Number 4, you are a pervert. You have tried the normal style and its not enough. Deal with it and stop forcing your lifestyle on people.”

Human rights activists and groups within and outside Nigeria, have condemned Johnson’s sermon as homophobic hate speech. They are working to bar him from entering Canada to spread more hate through his sermons. He plans to be in Calgary, Alberta, Canada, for a two-day church event on Sept. 18-19.

Here is a link to a Change.org petition “Stop Apostle Johnson from preaching his homophobic sermon in Canada.”

Here is a letter from the Dignity Network of Canada to the nation’s top border-control official, urging him to bar Johnson from the country. The letter states that “In recent sermons in Nigeria, Suleman has preached that homosexuality is the result of having demons from the pit of hell inside of them and that people need to ‘kill the spirit of homosexuality in the name of Jesus.’ ”