Lady Cee [name changed for safety] a 43 year-old Nigerian woman was subjected to all manner of physical and mental abuse by her husband’s kindred after she was caught having sex with her girlfriend. 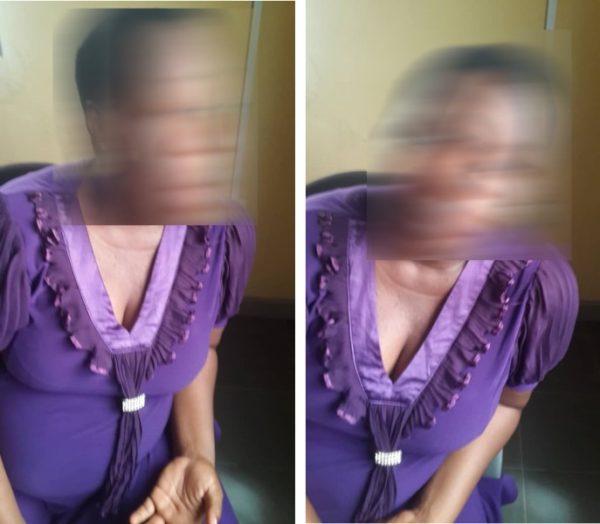 Photo of Lady Cee with her face altered to protect her identity.

Lesbian, gay, bisexual, transgender and queer [LGBTQ] people are considered taboo and the discriminatory laws against homosexuality in Nigeria pave the way for all sorts of violence against sexual minorities. These laws legitimize unfair treatment of fellow citizens.

Lady Cee, a bisexual woman who was based in Port Harcourt until she had to flee the country for her safety, said the incident that took place in January last year was one of the most horrifying moments of her life.

Her whole world crumbled after she was caught having sex with her girlfriend by Greg [name changed] her brother in-law, she told NoStringsNG after the incident.

Being outed and facing the shame

“My sexual orientation was a top secret, something I had always kept hidden from a lot of people given the country’s stand on homosexuality, but all of that changed when I was caught by my brother-in-law in Anambra state.

He was around the back of my husband’s house and then saw me engrossed in a passionate smooch with my girlfriend whom I had invited over.”

She was then reported and eventually summoned by her father-in-law who had set up a committee of elders to investigate her.

The investigations required that she traveled back and forth to the village. This eventually led to her being fired from her prestigious position for non-performance.

She was found guilty on December 26th, 2018. Part of the sentence required that she undergo ritualistic ‘cleansing’ at the village square.

“I was pronounced evil by my husband’s kindred, stripped naked, and my beautiful and cherished long hair was shaved off. The humiliation and shame was just too much for me to bear, that I had to crawl on my knees begging for their forgiveness while my husband watched all of it,” she said.

The aftermath: dealing with trauma and threats

Lady Cee says she was left traumatized by the whole experience, and even had to reach out to a psychologist for help whilst still in Nigeria.

But it did not all end there. She was frequently threatened by Greg, who seemed to have taken the whole issue very personally.

“He kept calling and texting me. The last of it was when he called and said: ‘We will hunt you and chase you like your evil shadow until you are tired of living.’”

She said that she was summoned again and asked to appear before the elders last month, but she is no longer in the country and so missed that meeting.

She has been informed by a reliable source that her son will be taken away from her.

Lady Cee, who is now in Canada, said the humiliation was just too much for her to handle, hence her decision to flee the country so as to find a way to heal her wounds.

Article edited by Bruno Agar, Ph.D. Bruno is a member of the African Human Rights Media Network and a lecturer at Paris-Saclay University, France. His professional focus is on contemporary media issues, especially in the African context.