Ivory Coast flirts with same-sex marriage, then rejects it

A proposal that would have allowed same-sex marriage in Ivory Coast has been withdrawn. The revised version, which is apparently headed for passage in parliament, will improve women’s rights, but explicitly rules out marriage between two men or two women. 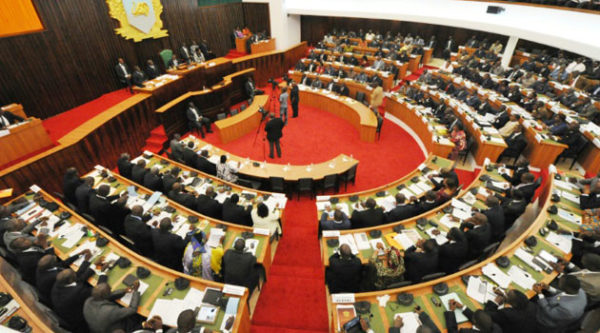 Ivory Coast’s proposed new law about marriage awaits action in parliament. It has already been approved by the Council of Ministers. (Photo courtesy of World Affairs)

The Global Legal Monitor of the U.S. Library of Congress reported on the details of the proposed law, which sets sets 18 years as the minimum age of consent for marriage for both sexes. That  provision is aimed at eliminating the widespread practice of girls marrying at 17 or younger in Ivory Coast (Cote d’Ivoire).

The proposal would also give women an equal say in how joint marital property is managed.

But, in addition, as the Global Legal Monitor reported in the article “Côte d’Ivoire: Bill to Amend Marriage Law Approved”:

The proposed law would explicitly define marriage as being “the union between a man and a woman,” thus ruling out same-sex marriages. A prior draft of the bill omitted this provision, but it was reinserted into the final draft following pressure from religious authorities. In a statement concerning the explicit prohibition of same-sex marriage contemplated in the final bill, the government announced its intention to “respect the social values of the state of Côte d’Ivoire.”