Ghana may be ready for a visit from the U.N.’s expert on sexual minorities, commentator Kwaku Adomako states in Modern Ghana. 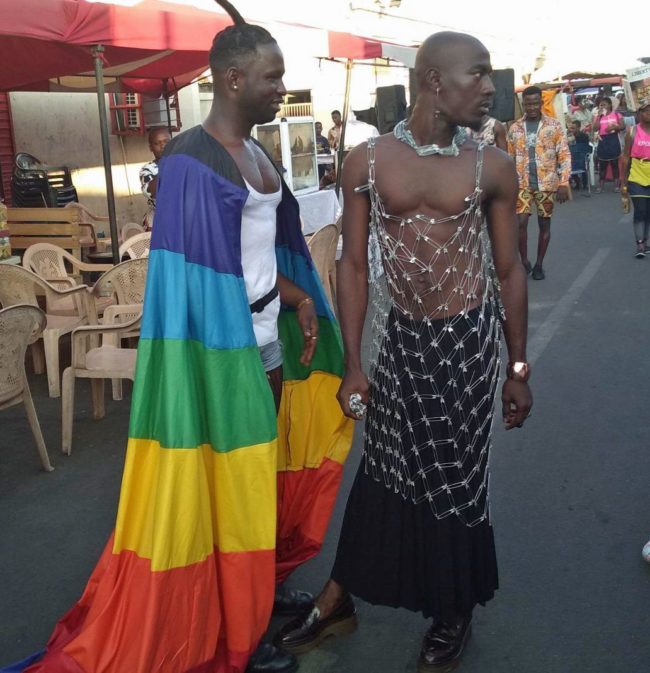 This is an excerpt from Kwaku Adomako’s commentary in Modern Ghana, “Is it time for the Government of Ghana to invite the Independent Expert on Sexual Orientation and Gender Identity for an official ‘country visit’?”:

Ghana is grappling with diverse forms of sexual orientation, gender identity and expression (SOGIE) that, though constantly changing over time, have always existed. As in other countries, the reconciliation of local forms of SOGIE comes against the backdrop of  dominant ideas of culture, tradition and norms that make local forms of SOGIE in Ghana understood to be ‘un-Ghanaian.’

Challenges against certain forms of SOGIE in Ghana reveal legal contradictions. This results in a political ambivalence, especially at international arenas such as the United Nations HRC [U.N. Human Rights Council]. To start, consistent with the International Bill of Human Rights, all of the components (UDHR, ICCPR, and IESCR) to which Ghana is a signatory, chapter five of Ghana’s own constitution contains the principles of equality before the law (sec.17[1]), non-discrimination (sec.17[2]) and the right to privacy (sec.18[2]). Yet the vague language of the penal code, inherited from British colonial times, comes in conflict with the constitution and jettisons certain acts, practices and/or expressions of sexual and gender diversity into legal ambiguity. Section 104(1)(b) of the Criminal Offences Act, 1960 penalises ‘unnatural carnal knowledge,’ which it defines as “…sexual intercourse with a person in an ‘unnatural’ manner.” However, nowhere in the penal code, nor the constitution, is (un)natural sexual intercourse defined (Abubakar et al 2017).

In Ghana, all sexual minorities are called ‘homosexuals’

Additionally, there is an absence of language that sanctions diverse forms of gender expression. This makes it arbitrary for state officials, such as the police, to target people based on their performance of masculinity or femininity, or their inability (and sometimes unwillingness) to fit into conventional gender roles. National news outlets tend to reduce diverse SOGIE to ‘homosexuality,’ while promulgating the general perception of its ‘illegality.’ Yet, from a strictly textual standpoint, it is difficult to square this perception of criminality with the reality of Ghana’s legal landscape, which may explain the limited number of formal jail sentences based on SOGIE.

Some might argue that prevailing representations of diverse sexualities and manifestations of gender, like for example, ContraPoints on YouTube or Sense8 on Netflix, fail to fully capture many of the realities of sexual and gender minorities in Ghana. But as people make use of social categories such as saso, supi, Kwasi-besia, LGBTI, heterosexual, homosexual etc. to make sense of a range of experiences or identities, it is puzzling when political and religious elites such as Moses Foh-Amoaning and Sheik Aremeyaw ignore or disparage this evident diversity in Ghana. 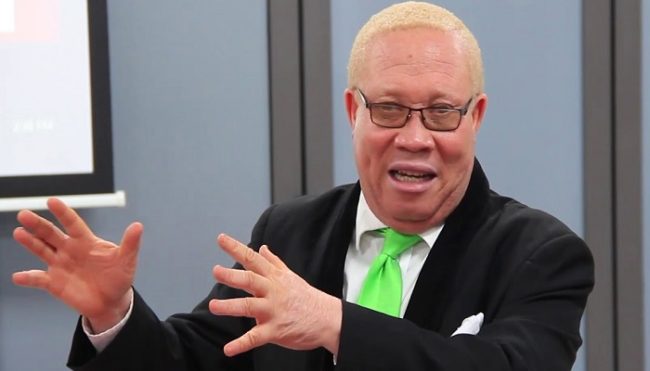 Outspoken law lecturer Moses Foh Amoaning believes he can “cure” homosexuals in Ghana. (Photo courtesy of The Independent of Ghana)

Equally troubling is when they call this range of experiences and identities exclusively ‘homosexuality’ and then cast it as ‘Western.’ Yet Ghanaian delegates at the United Nations HRC seem more interested in understanding how Ghana can best position itself on the global stage, as people’s perceptions and understandings of SOGIE change both at home and abroad.

Ghana is lukewarm, while Nigeria is harsh

In 2016, when it came time to vote on the resolution to establish the mandate of the IE [Independent Expert] on SOGI, the Ghanaian delegation surprised many members of civil society with its lukewarm stance. This is particularly when compared to neighbouring countries such as Nigeria, whose president signed a bill into law, which imposes a 10-year prison sentence on anyone who even “supports the registration, operation and sustenance of gay clubs, societies, organisations, processions or meetings.”

When called on to cast Ghana’s vote for, or against, the resolution, H.E. Ambassador Sammie Pesky Eddico eloquently outlined Ghana’s ambivalent relationship towards the issues the mandate sought to address, and then he abstained.

Citing the 2014, “Resolution on Protection against Violence and Other Human Rights Violations against Persons on the Basis of Their Real or Imputed Sexual Orientation or Gender Identity,” adopted by the African Commission on Human and Peoples’ Rights (ACHPR) , he confirmed the “alarming incidents of violence and discrimination and other human-rights violations” in many African contexts based on “…actual or imputed sexual orientation or gender identity.” He cited the routine “failure of law enforcement to …prosecute” perpetrators and also reaffirmed that “Ghana’s Constitution prohibits discrimination of all kinds,” aligning The Constitution with the ACHPR resolution. Lastly, though he did cite a number of reasons for which he believes that SOGIE-related issues remain a “very sensitive matter culturally in Ghana,” he conceded that “there has been an evolution of thinking.”

This is apparent not only in Ghana, but regionally in Africa. In 2016, Ghana and 3/13 African member states of the HRC abstained in their vote for, or against, the resolution to establish the mandate of the IE on SOGI. The remaining 9/13 voted against it.

In 2019, however, only 4/13 African states voted against the mandate’s renewal, less than half of the previous year; six abstained or walked out of the room, and 3/13 voted in favour of it.

As issues surrounding SOGIE appear to be more of a priority among African countries, Ghana has the opportunity to be proactive in exploring remedies for present-day legal contradictions and political ambivalence relating to it. Relevant governmental bodies, such as the Ministry of Foreign Affairs, could reach out to Mr. Victor Madrigal-Borloz for a country visit. This will be at a time when data collection and management are among the research priorities for the next three years of his mandate. 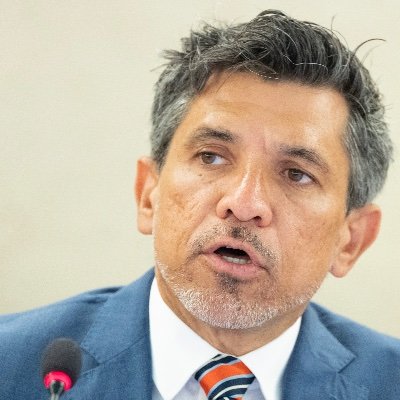 Victor Madrigal-Borloz, the United Nations independent expert for protection against violence and discrimination based on sexual orientation and gender identity (SOGI). (Photo courtesy of Twitter)

As Mr. Victor Madrigal-Borloz must work with the state and a range of local and (inter)national stakeholders (A/HRC/RES/32/2, 2C), the IE on SOGI could help Ghana mend the legal gaps, and resolve the ambivalent political reality that it contends with, through collaboration. The attention that the IE on SOGI must pay to historical, cultural, social and religious sensitivities may strengthen his legitimacy in the process. Lowering the risk of unwanted ‘outside interference’ this can help put fears of a homosexual ‘neo-colonialism’ emanating from the Western World to rest, and bring to light people’s lived experiences of SOGIE on local terms.