Gay Africans barred from medical care. A rise in HIV infections in homophobic countries. Reduced access to health care for LGBTI people both in the United States and abroad. Those are some of the consequences that human-rights and health-care activists fear if the United States adopts a current proposal to allow U.S.-funded health care providers to discriminate on the basis of religious beliefs. 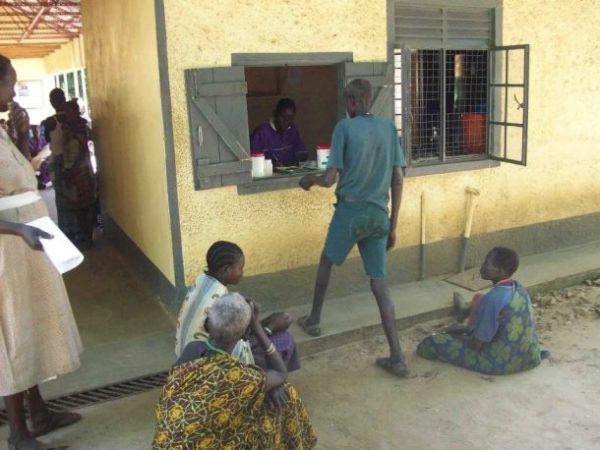 A majority of Ugandans live on less than one dollar per day and have difficulty accessing health care. In this photo, a frail man visits a government-run drug distribution site in Karamoja in northeast Uganda. Government supplies often run out, leaving patients dependent on faith-based organizations. (Photo courtesy of UHSPA)

Many African nations are heavily dependent on faith-based health care. This chart shows the percentage of hospital beds provided by faith-based networks in 21 African nations. In some rural areas, up to 80 percent of medical care is  faith-based. (Chart courtesy of The Lancet, July 6, 2015*)

“This regulation is really dangerous,” says Kikonyogo Kivumbi, executive director of the Uganda Health and Science Press Association. “The proposed rule will endanger the health and well-being of all Americans, particularly LGBT people, but also have dire implications on overseas vulnerable populations including LGBT persons.” 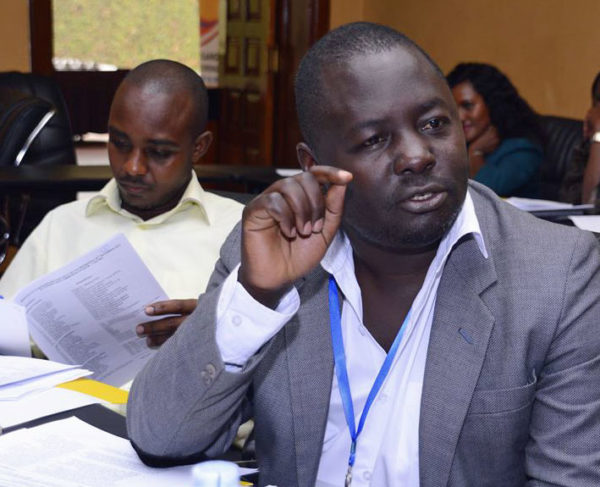 Kikonyogo Kivumbi (right) in 2015 at his first meeting on the board overseeing Global Fund health-care work in Uganda. He was the board’s elected representative for LGBTI people, men who have sex with men (MSM), sex workers and intravenous drug users. (Photo courtesy of Uhspa Uganda)

“The regulation, if passed, will cause a halt, scale-back or abandonment of vital LGBTI and vulnerable populations’ access to life-saving care, treatment and support in HIV management. It will mean that overseas faith-based health care providers, recipients of U.S. federal tax credits, can send away patients based on their religious values,” Kivumbi said.

“The proposed regulation impermissibly expands exemptions for religiously affiliated providers to deny care on religious grounds without adequately considering the considerable harm this is likely to pose for patients. …

“In Uganda, like many African homophobic countries, religious-institution-managed health care accounts for over 80 percent of health care output in some areas.”

According to statistics from the Ugandan Ministry of Health, 41 percent of all hospitals in Uganda are owned by private not-for-profit organizations, most of which are faith-based.

In a submission today to the Office for Civil Rights in the U.S. Department of Health and Human Services, Kivumbi argued against the proposal.

Human Rights Watch also urged the department to reject the proposed new regulation, focusing particularly on how transgender people in the United States would be affected.

“Based on our research, we believe the proposed rule would exacerbate discrimination against transgender people in medical settings and would negatively affect their health and rights,” HRW stated.

This is Kivumbi’s submission to the U.S. Department of Health and Human Services:

I am not a United States citizen, but a direct beneficiary of US taxpayers’ overseas development and health care aid. As a Ugandan national member of the LGBTI community. I find the proposed Section 1557 regulation a danger to overseas health-care access by vulnerable and left-behind populations.

These populations that are criminalized based on their sexual orientation and or gender identity have only U.S. government support to access health care, and also open up legal and policy barriers that prevent them from accessing life-saving medication.

Kisiizi Hospital, run by the homophobic Church of Uganda in southwest Uganda. (Photo courtesy of the Uganda Protestant Medical Bureau)

Much of this health care is through faith-based health institutions. By allowing health care providers to turn away people in need of health care, the U.S. is implying that its overseas development aid can do the same. The proposed regulation impermissibly expands exemptions for religiously affiliated providers to deny care on religious grounds without adequately considering the considerable harm this is likely to pose for patients.

In Uganda, the US government through PEPFAR, the U.S. President’s Emergency Plan For AIDS Relief, [addresses] the global HIV/AIDS epidemic and helps save the lives of those suffering from the disease.

The proposed rule will endanger the health and well-being of all Americans, particularly LGBT people, but also have dire implications on overseas vulnerable populations including LGBT persons. Uganda is one of the most hostile countries to LGBT populations. I urge U.S. lawmakers to consider the implications of this regulation to overseas health care programs that are saving lives that may be disrupted if overseas faith-based institutions choose to implement the same in their own countries.

* Source: “Understanding the roles of faith-based health-care providers in Africa: review of the evidence with a focus on magnitude, reach, cost, and satisfaction,” The Lancet, July 6, 2015. 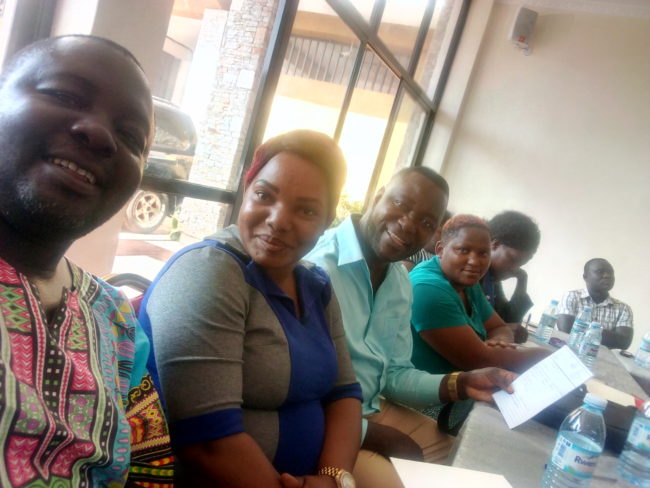 Members of Ugandan LGBTI and other at-risk populations gather in April in Kampala to find ways of overcoming legal and policy hindrances limiting their access to health care. The gathering created a key population consortium to represent them in the struggle. (Photo courtesy of UHSPA) 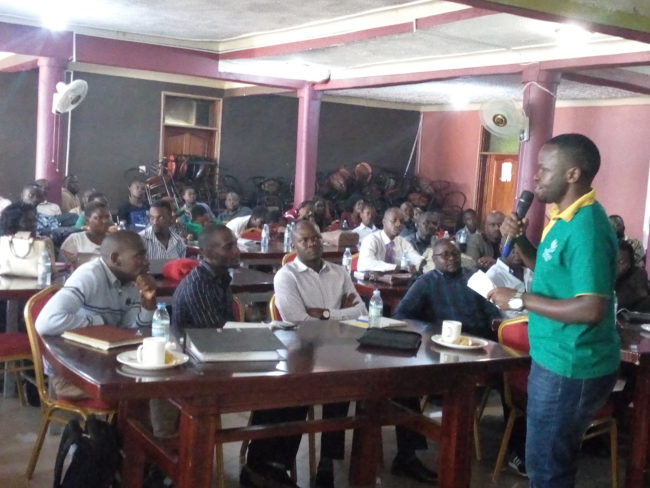 A community gathering last month in the Luweero district of Uganda discussed the U.S.-funded Pepfar initiative seeking to reduce HIV infections among at-risk populations in the region. (Photo courtesy of UHSPA) 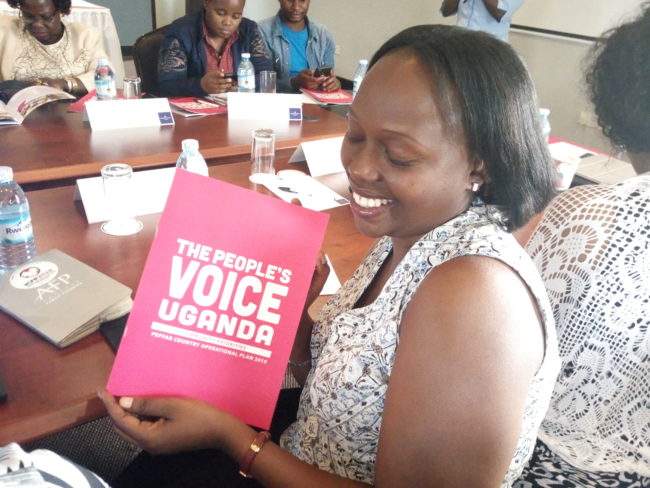 A Ugandan health activist holds a copy of the 2019 civil society plan for U.S. Pepfar-funded work in the fight against HIV in Uganda. (Photo courtesy of UHSPA)