The LGBTI advocacy group Camfaids has run out of funds to keep its safe house open in Cameroon. 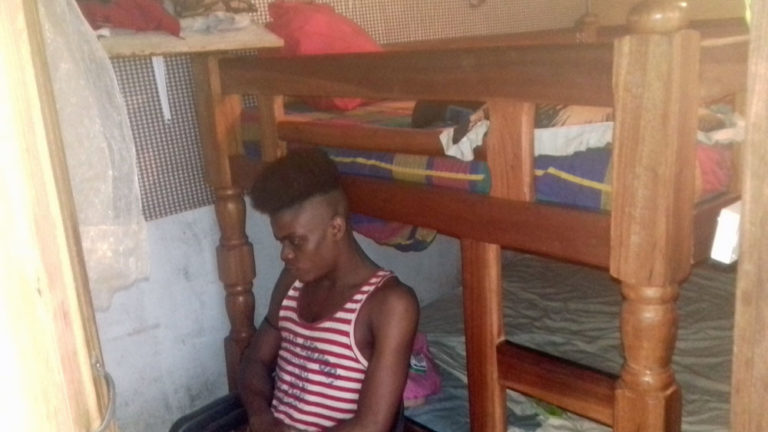 A moment of reflection in the Camfaids shelter. (Photo by Jacks Oke used with permission of the photo subject.)

For the past three years, the shelter in Yaoundé, Cameroon, had served LGBTI victims of family rejection and violence based on their sexual orientation or gender identity.

People who stayed there spoke highly of the services they received, including psycho-social counseling, food, medical care, support with social reintegration and encouragement/empowerment.

Despite the positive feedback, the shelter was closed on Nov. 6 because of lack of funding from institutional donors. Camfaids still hopes for find renewed funding and reopen the shelter.

Since early 2017, the shelter served LGBTI victims of family rejection and violence based on their sexual orientation or gender identity. 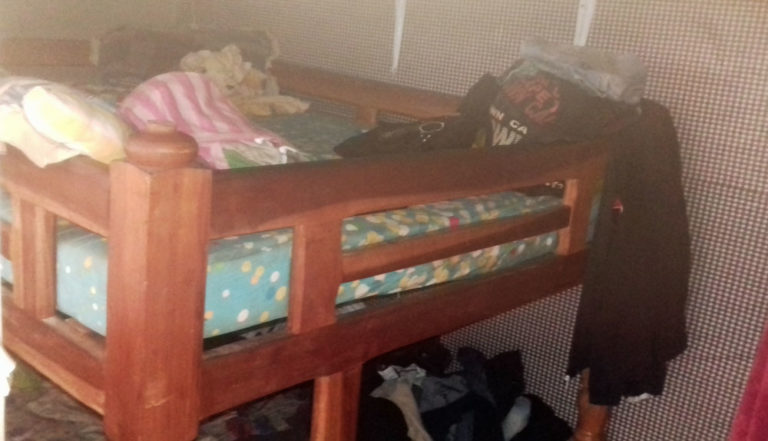 Interior of the Camfaids shelter. (Photo by Jacks Oke)

It could accommodate eight people at a time, who stayed an average of three months while they recovered from emergency situations such as family breakdown, social exclusion, loss of residence, or the difficulties of reentering society after completing a prison sentence resulting from a conviction for violating Cameroon’s law against homosexual activity.

Since it opened in 2017, the shelter has hosted about 100 people, including some living with HIV-AIDS who received comprehensive medical care.

Two beneficiaries of the shelter told what it meant to them — each using A pseudonym for security.

“This refuge was for me like a second family because I was rejected by my own family in March 2019 because of my sexual orientation. When I arrived here, I met people like me who had similar realities. Thus I had the courage to tell the story of my difficulties related to homophobia, to fight and keep my head up to give meaning to my existence.”

“I spent the last two months at the shelter where I affirmed myself as a transgender person. Loved by all, I felt accepted and fulfilled.”

In addition, Roger (a pseudonym), the manager of the project, said,
“The shelter was a safe and secure place for LGBTI people exposed to the risks of violence of any kind. Today, we call on partners of good will to make whatever effort is necessary to support the reopening of another reception center, in order to sustain this essential action with a marginalized community.”

The last seven short-term residents of the shelter have been relocated to temporary rooms at Camfaids headquarters, pending a more sustainable solution.