The government of Zambia plans to file an official protest against U.S. ambassador Daniel Foote for criticizing the 15-year prison sentences that a Zambian judge imposed last week on a gay couple.

Daniel Foote, U.S. ambassador to Zambia: “I was personally horrified to read yesterday about the sentencing of two men, who had a consensual relationship, which hurt absolutely no one.” (Photo courtesy of Zimbio)

The two men, Japhet Chataba and Steven Samba, were arrested in 2017 in Kapiri Mposhi after personnel of a lodge where they had booked a room spotted them having sex.

The men were convicted in a lower court of “having sex against the order of nature” – the legal phrase used to describe gay sex. They appealed, but last week high court Judge Charles Zulu rejected their challenge and imposed the 15-year sentence. Under Zambian law, the sentence for same-sex activity can range from 15 years to life.

“I was personally horrified to read yesterday about the sentencing of two men, who had a consensual relationship, which hurt absolutely no one, to 15 YEARS imprisonment for ‘crimes against the order of nature.’ Meanwhile, government officials can steal millions of public dollars without prosecution, political cadres can beat innocent citizens for expressing their opinions with no consequences, or poachers/traffickers can kill numerous elephants, barbarically chainsaw and sell their tusks, and face a maximum of only five years imprisonment in Zambia.”

“Because next time there will be a country which is going to establish sex with dogs! And that must be brought to Zambians to practice? If people that want to practice gayism … , they must go to countries where it is practiced.”

The Lusaka Times reported on Malanji’s protest in an article that is edited here for length and clarity: 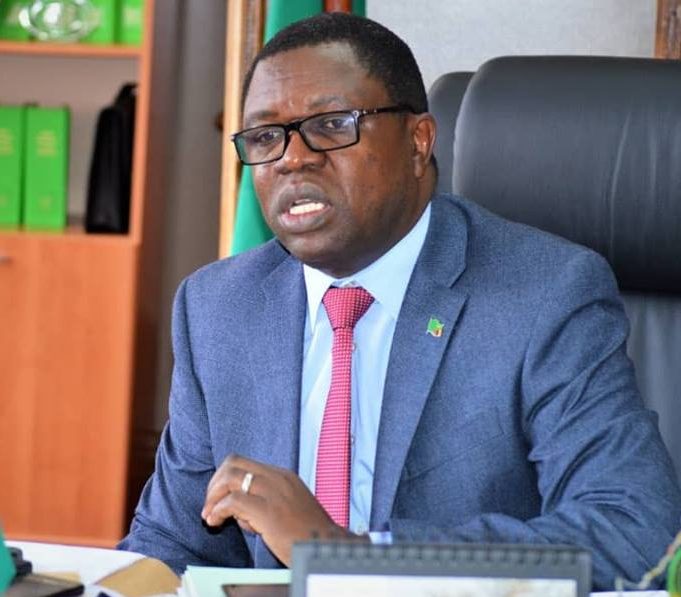 Joseph Malanji, Zambian minister of foreign affairs: “If people that want to practice gayism … they must go to countries where it is practiced.” (Photo courtesy of ZambianCobra.com)

The government says it is set to present a protest to the American government on Monday following that country’s Ambassador to Zambia, Daniel Foote’s views on the Lusaka High Court’s ruling on a matter of the Kapiri gay couple.

Foreign Affairs Minister Joseph Malanji said Zambia has values and culture which must be followed by any person whether citizen or through any other accreditation. …

“I wish to state categorically that in Zambia, we subscribe to and maintain the independence of the Judiciary as a fundamental tenet of our democracy. The Judiciary is the guardian of the Constitution and has the responsibility to interpret and safeguard it without any undue interference. …

“The Government of Zambia takes great exception to the remarks made by the Ambassador on the decision by the High Court as well as his comparison of the homosexuality case to other cases of alleged thefts by government officials, political violence and poaching. The Ambassador may wish to note that all cases that are brought before the Courts of law are adjudicated based on the available evidence. It is extremely unfair and highly misleading to suggest that such cases are never brought before the Courts of Law,” Mr. Malanji said. …

“Regarding the position of Zambia as a Christian nation in view of the Court’s decision on this matter of homosexuality, the Ambassador may wish to confine himself to matters that are within his competence.”