Activist Stella Nyanzi in good spirits after a year in prison 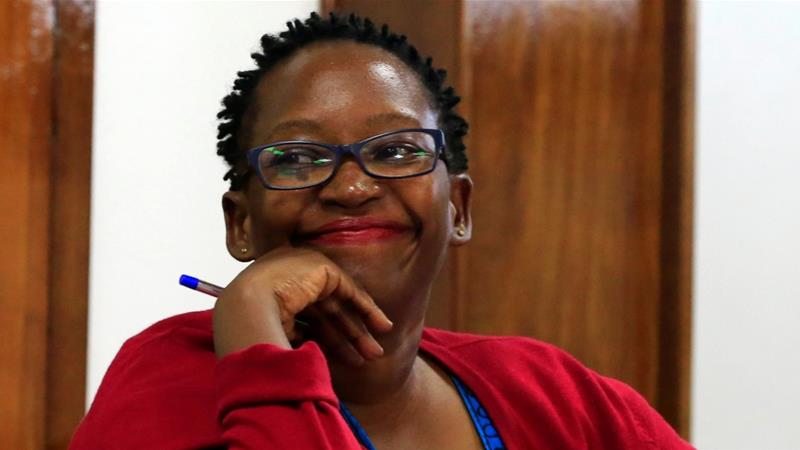 Last August, Nyanzi was sentenced to 18 months in prison for “cyber harassment” for her online insults to Uganda’s strongman president and his family. She is scheduled to be released in May, but might be freed sooner. 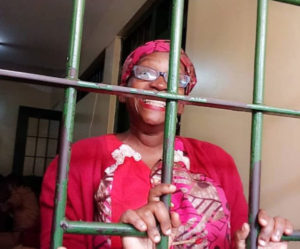 Today (December 19th) was the last day for prison visitation in Uganda prior to Christmas! It was also the first time in my life to visit anyone in prison. As it happened, Stella was making a court appearance in Kampala in connection with prison conditions seeking a remedy to things like lice infestation for her fellow inmates. I was happy to wait for her return as visiting at the prison won’t resume till the New Year.

Visiting Luzira Women’s Prison on such a pleasant sunny day, I’m sure, took some of the awfulness out of it. It was quite a simple process to be allowed into the prison to visit. Hush Ainebyona, a good friend here, had kindly told me to remember to bring my passport with me. Following formal identification, my phone and keys were sequestered at the main gate while my wallet and hat were quarantined in the visitation area — again going through an ID process — all to be returned intact at the end of my visit.

It was truly a great privilege for me to finally meet this indomitable ally of the underdog in Uganda. I have watched for many years as Stella’s heroic writings and profane protest have brought her into conflict with the authorities here. While I have often been concerned for her and her children’s safety and well-being, I have been in awe of her determination to use her pen as a sword in her efforts to change life for the better for all Ugandans.

My allowed ten-minute visit was over almost as soon as it started. Another time, I’d like to be more well prepared to make better use of the time. Yet it was a true delight to see Stella in such good spirits despite all she has been through. She told me she had recently had a book of 40 of her poems about prison life impounded by prison authorities. Nonetheless, she doesn’t want to antagonise prison staff as she may be considered for early release in the near future: her 18-month sentence in August last officially ends in May of next year since she has been in custody since November 2018.

I got a hint that some of the poems in the book may not be the only version of them. It would be good if someday they might see the light of day here, on this blog, or elsewhere.

Another of Stella’s legal cases happened to come to conclusion in court this week, this one decided in her favour. In March 2017 she was improperly issued with a no-fly ban — unknown to her — and her passport and boarding passes confiscated at Entebbe Airport in an attempt by immigration officials to embarrass her professionally. The court this week awarded her UGX 50 million (U.S. $13,500) in recompense.

Dr. Stella Nyanzi is a medical anthropologist, feminist, queer rights activist, and scholar of sexuality, family planning, and public health. Prior to her imprisonment, Stella was an academic researcher at Makerere University’s Makerere Institute of Social Research (MISR), Kampala, and further afield.