The United States has quietly recalled its ambassador to Zambia after President Edgar Lungu loudly declared him unwelcome in Zambia for protesting the 15-year sentences that Zambia recently imposed on a gay couple.

Bloomberg News reported the recall yesterday, citing unnamed sources. News media in Zambia have also been reporting the ouster without any official confirmation.

Political Storm Zambia stated, “Sources have disclosed that the American Ambassador has until next week to leave the country.”

Zambian President Edgar Lungu announced Dec. 15 that Zambia has sent a letter to the United States government asking it to withdraw Ambassador Daniel Foote, who protested the 15-year sentences for consensual, private gay sex that were imposed last month on a gay couple.

Foote issued a statement in late November saying that the sentences harm Zambia’s international reputation and perpetuate discrimination. He went on to contrast those prison sentences with the leniency that Zambia shows to corruption, political violence and poaching:

“Government officials can steal millions of public dollars without prosecution, political cadres can beat innocent citizens for expressing their opinions with no consequences, or poachers/traffickers can kill numerous elephants, barbarically chainsaw and sell their tusks, and face a maximum of only five years imprisonment in Zambia.”

Foote said Zambian officials should act like leaders of the Christian nation they claim to represent instead of imprisoning LGBT people and encouraging un-Christian slurs against gay Zambian citizens.

Lungu responded by saying that he does not want people who support “un-Christian values such as homosexuality” in the country.

A former Zambian cabinet secretary warned that Zambia will suffer because of the controversy, since the United States provides $500 million in aid to the country each year. 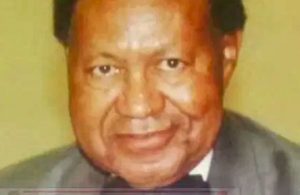 “We are dismayed by the Zambian government’s statement that Ambassador Foote’s position ‘is no longer tenable,’ which we consider to be the equivalent of a declaration that the Ambassador is Persona Non Grata. Despite this action, the United States remains committed to our partnership with the Zambian people. We seek an open and frank relationship of mutual respect, commensurate with the generous aid provided to the Zambian people by the United States. 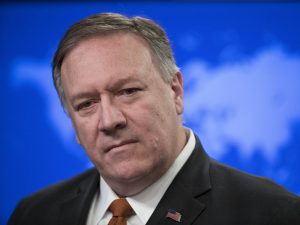 “The Department of State works tirelessly to protect and promote the human rights and fundamental freedoms of all human beings around the world, regardless of gender, religious belief, national origin, sexual orientation, or economic circumstance. The United States firmly opposes abuses against LGBTI persons. Governments have an obligation to ensure that all people can freely enjoy the universal human rights and fundamental freedoms to which they are entitled. As Secretary Pompeo said in September 2019, “Unalienable rights are at the core of who we are as Americans. We abhor violations of these rights, whenever and wherever they are encountered.”

U.S. to Withdraw Ambassador to Zambia After Gay Rights Dispute

The U.S. has decided to withdraw its ambassador to Zambia, after the president of the southern African nation said he didn’t want him there for criticizing the jailing of two men for having a consensual relationship, according to two people familiar with the matter.  The U.S. has no immediate plans to replace Ambassador Daniel Foote, one person said, asking not to be identified as the information isn’t public.

The State Department is “dismayed” with Zambia for having effectively declared Foote a persona non grata, it said in an emailed statement. The U.S. government strongly opposes abuses against sexual minorities, it said, without confirming Foote’s withdrawal.
The dispute started after Foote said he was “horrified” after a Zambian court last month sentenced two men to 15 years imprisonment for having consensual sex while corrupt officials steal millions in public funds and walk free. Zambian President Edgar Lungu responded by saying he wanted Foote to leave the country.

The U.S. provides Zambia with about $500 million in annual aid.

Loading...
Newer Post
Uche Jombo’s new film has a lesson for scamsters who pretend to be gay
Older Post
Activist Stella Nyanzi in good spirits after a year in prison