The new Archbishop of the Church of Uganda has dropped the most homophobic rhetoric that used to flow from the archbishop’s office. Still, he used his official inauguration speech Sunday in Kampala to re-emphasize the church’s long-held position “never to accept gay marriages in the church.” 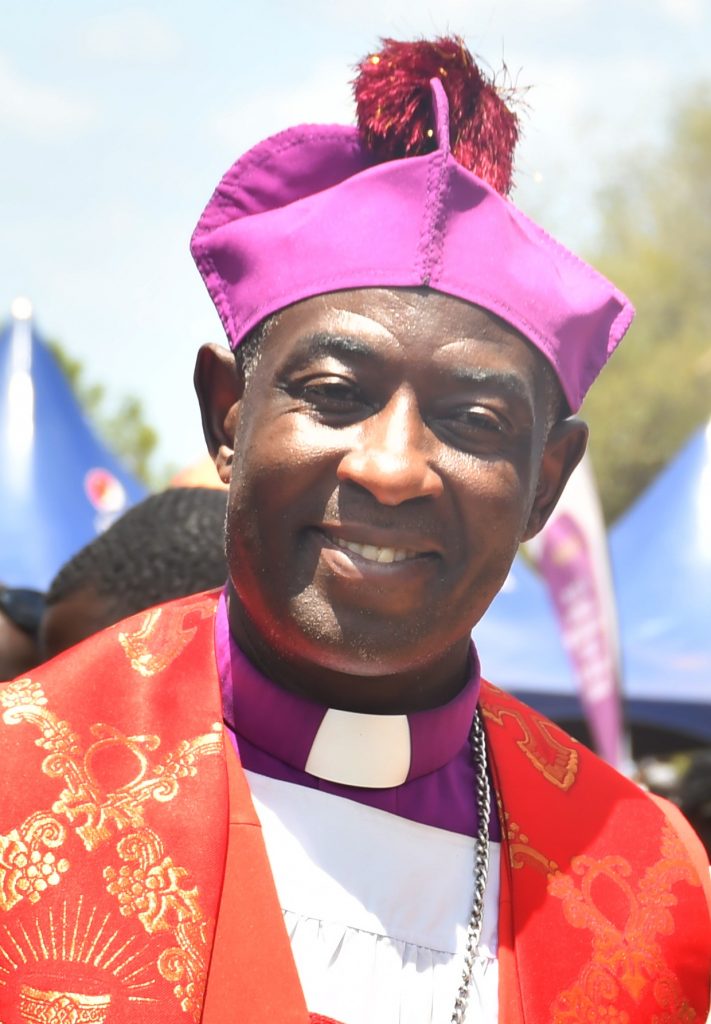 Ten years ago, talk of the existence of a gay community in Uganda was taboo in the Church of Uganda. Now, newly enthroned Archbishop Dr. Stephen Kazimba Mugalu is at least talking about gay marriages. In contrast, his predecessors — Henry Luke Orombi and Stanley Ntagali — were totally against the slightest mention of homosexuals in Uganda.

Kazimba said he will not follow the mother Church, the Anglican Church of England, because of its tolerance from homosexuality and same-sex marriages.

The Church of Uganda is a member of the worldwide Anglican Communion, which consists of churches descended from the Church of England. The communion’s spiritual leader is England’s Archbishop of Canterbury, but individual churches are not required to obey either him or the overall Anglican Communion in practical or theological matters.

He read from the Anglican Communion’s Lambeth Resolution 110 on Human Sexuality, which stated that the church “cannot advise the legitimising or blessing of same-sex unions nor ordaining those involved in same gender unions.”

However, the Communion has not excluded more progressive member churches, such as those in Canada and the United States, that allow same-sex marriages and accept married gay clergy — a position that has led the Church of Uganda to boycott Communion meetings. 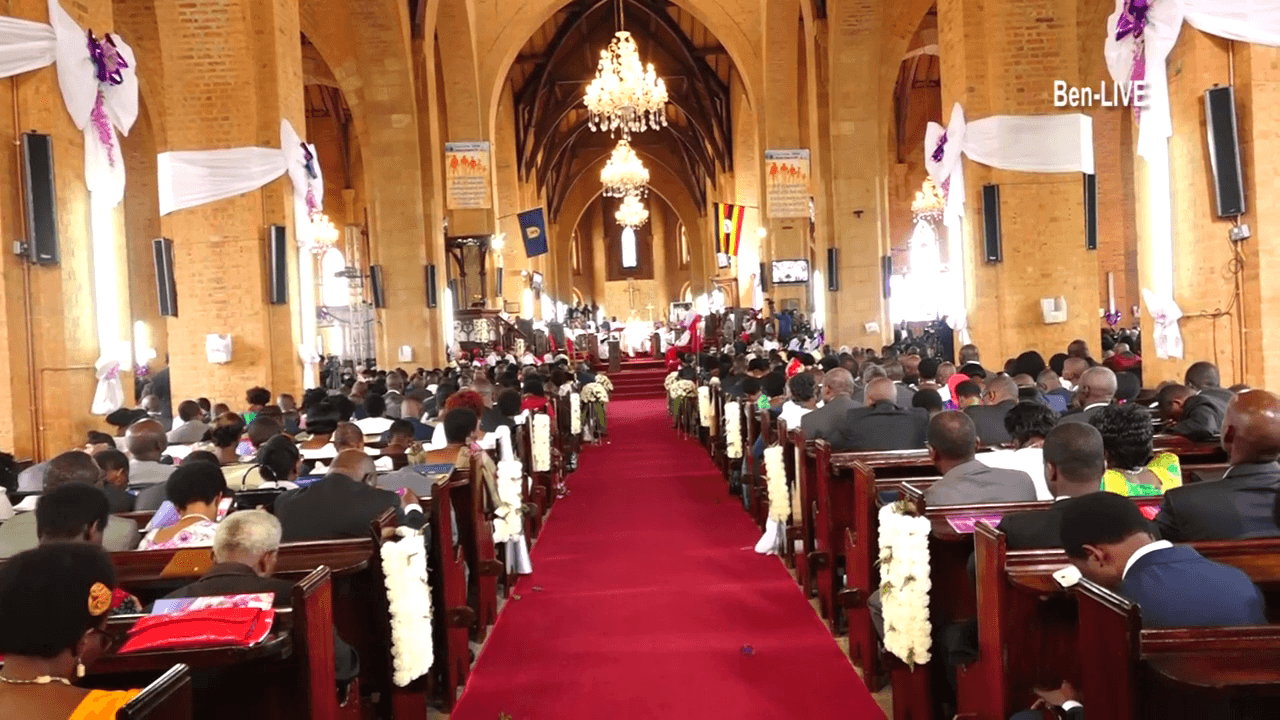 The inside of Namirembe Cathedral in Kampala during Kazimba’s official enthronement on Sunday.

On Sunday, shortly after receiving the episcopal authority from his homophobic predecessor, Stanley Ntagali, who retired at age 65, Kazimba stated:

“The trend in the Western world and some Anglican churches in those contexts are being pressured into doing this (same-sex tolerance), including our mother Church of England. But for us in Uganda, as for me and my house, we will serve the Lord.”

This is the first time Kazimba has made public pronouncements against homosexuality. Reading from a prepared script, he said one of his priorities will be to bring back lost sheep to the church. He preached abstaining from sex for those who can’t marry.

Rift widens with Church of England

Kazimba used the occasion to give a cold shoulder to Canterbury for its open tolerance of homosexual relationships. Canterbury was reminded that it has no control and jurisdiction over the Church of Uganda, especially if Canterbury accepts same-sex marriages.

But he was reminded that the presence of the representative of the Archbishop of Canterbury was only there because of “the appreciation the Church of Uganda has for the British missionaries who first brought the Gospel to Uganda, and the respect the Church has for the historic roots of his office.” 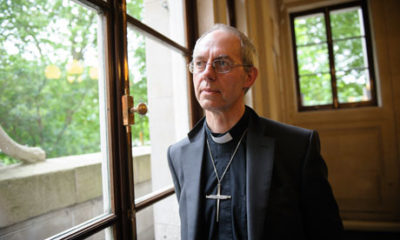 Archbishop of Canterbury Justin Welby is the Anglican Communion’s spiritual head. (Photo courtesy of The Guardian)

It adds: “The Church of Uganda is, in fact, concerned about the Archbishop of Canterbury’s support for homosexuality and same-sex unions. He has consecrated a gay Bishop in England, invited gay and lesbian Bishops to the upcoming Lambeth conference, and promotes the recognition of same-sex unions in the church, schools, and society. These are some of the differences he alluded to in his greetings. For these reasons, the Church of Uganda House of Bishops will not be attending the Lambeth Conference.”

The main celebrant at Dr Kazimba’s enthronement was the Most Rev. Foley Beach, a conservative anti-gay Primate of the Anglican Church in North America and chairman of the Global Anglican Future Conference(GAFCON).

Ten Archbishops (Primates) from other provinces in the Anglican Communion were also present at Kazimba’s enthronement, representing Burundi, Brazil, Congo, England, Kenya, Nigeria, Rwanda, South Sudan and Tanzania, as well as the North American breakaway province, which follows Anglican traditions but is not recognized as an Anglican Communion member. Also in attendance were other Anglican bishops from Kenya, Congo, Rwanda, Tanzania, Burundi, South Africa, Australia, the United States of America, and England.

GAFCON’s members see themselves as “authentic” Anglicans who follow Gospel values. Rev. Beach in his February 2020 GAFCON Chairman’s letter ahead of the enthronement was full of praise for Kazimba.

“The Ugandan Church has a noble history of faithfulness to Christ, from the early martyrs of the mid 1880’s through to Janani Luwum in 1977 and countless acts of courageous witness for Christ to the present day. We give thanks for the Ugandan witness throughout the decades. May this Church, truly seeded by the blood of the martyrs, reveal even more of the glorious mystery of the gospel in its life together!”

Kazimba becomes the 9th Archbishop of the Church of Uganda, and 8th Bishop of the Kampala diocese. He was elected during a meeting of the House of Bishops on 28tAugust 2019. Bishop Kaziimba was consecrated Bishop on 26 October 2008 and served as the Bishop of Mityana Diocese (about an hour’s drive from Kampala city) for over eleven years.

The retiring Archbishop, the Most Rev. Stanley Ntagali, has served as the 8th Archbishop of the Church of Uganda since his enthronement on 16 December 2012.

The previous Archbishops of the Church of Uganda have been the following: