Egyptian police continued to harass LGBTIQ+ people last year, entrapping some of them through dating apps and arresting dozens of others at random on the street. 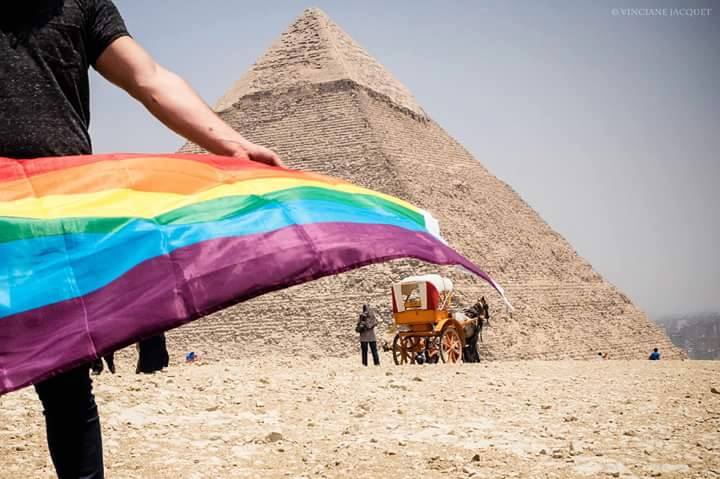 Rainbow flag in Egypt — an image from Bedayaa’s page on Facebook.

That persecution keeps happening even though, in the vast majority of cases, defendants are cleared in court.

The Legal Aid Project’s annual report for the Bedayaa LGBTIQ+ rights organization found that the most frequent anti-LGBTIQ+ police techniques last year were:

LGBTIQ+ Egyptians “are increasingly arrested randomly off the street—this accounts for 69 percent of cases,” the report stated. “In these situations, there is no legal basis for the arrest other than the individual discretion of the police officers. Most of the police reports in this type of case are written in an almost identical way, further demonstrating the falsified, arbitrary nature of the arrest and subsequent detention.”

Online entrapment continues at a lower pace than in the past:

“Although online entrapment still exists; the number of individuals arrested through this method has decreased in the last two years. …

“Police officers still use dating apps by creating fake profiles on these apps so they can arrest persons. Mobile phones of detainees are inspected to check their personal photos, Facebook and other social media accounts and put them all as an evidence against them.”

The Legal Aid Project, which assists LGBTIQ+ people who are targeted with homophobic prosecution, reported that dozens of such cases were ongoing in 2019, roughly the same as in 2018.

More people were arrested in 2019 than in 2018 on charges related to their sexual orientation or gender identity, according to Bedayaa’s Legal Aid Project.

Of the 65 cases for which the project provided legal representation last year, the Legal Aid Project achieved many noteworthy successes. Specifically:

Egypt prosecutes LGBTIQ+ persons despite the absence of an explicit law against same-sex intimacy. The Legal Aid Project explained:

“In most trials, Law 10/1961 on combating prostitution is used, particularly Article 9(c). The main charges used in trials based on this law are debauchery, which it refers to habitual practice of debauchery, publicizing an invitation to induce debauchery, and incitement to debauchery.

“Although homosexuality is not considered a crime per se in Egypt, it is de facto illegal under Law 10/1961 on combating prostitution. In addition to debauchery, LGBTIQ+ people may be accused of joining groups that directly undermine the Egyptian government. In these cases, LGBTIQ+ people are treated as a ‘cult’ or a ‘group’ that threatens the stability of the country; this has also been treated as a matter of national security at times.

“According to this law, defendants receive sentences not less than three months and up to three years, but in reality, some cases could receive up to six years. Allies who support to the queer movement in Egypt can also be charged under the provisions of this law.”

“As for gender/sexual reassignment process in Egypt, there is no official law that criminalizes nor allows it; however, trans individuals often get arrested under the debauchery law.

“Although the existence of bylaws in the Egyptian Medical Syndicate with a special committee to review/approve transitioning cases, code of ethics in the syndicate the committee only allows sex reassignment surgeries for those who were born as both sexes, known as intersex.

“Furthermore the system that was put by the medical syndicate is often not functional which leaves trans individuals without any legal or medical recognition.”

The arrests of LGBTIQ+ Egyptians occur in the context of widespread repression aimed at stifling political dissent: 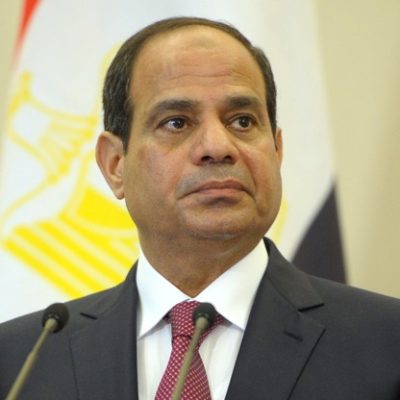 “Since February 2019 and on the background of political incidents that promoted demonstrations, Egyptian authorities have aggressively launched several crackdowns under President Abdel Fattah al-Sisi’s rule, rounding up more than 2,300 people.

“The authorities have carried out sweeping arrests of hundreds of peaceful protesters as well as carrying out more targeted arbitrary arrests of human rights lawyers, journalists, political activists and politicians.

“This also includes peaceful citizens in different places in Greater Cairo and other big cities; arrested persons were exposed to mobile phones inspection that aimed at their social media accounts and applications.

“This aggressiveness approach applies to people from LGBTIQ+ community; arrests scenarios and afterwards prosecution process over the past five years continue happening the same way and with new techniques.”

“Furthermore, detainees are exposed to discrimination and violations that include verbal, physical, psychological, and even sexual violations (at times rape) in places of detention. The documentation section of this project verifies other forms of torture like beatings, sleep deprivation and electric shockwaves.”

Loading...
Newer Post
Ghana: God ‘made us a tad different but still in his image’ — with glitter
Older Post
New Uganda archbishop is less extreme but nixes same-sex marriage