A High Court judge in the Ugandan capital, Kampala, has issued a Certificate of Urgency that clears the way for a lower court to hear a case in which 19 LGBT community members are on remand in Kitalya Prison for allegedly defying Covid-19 lockdown rules. 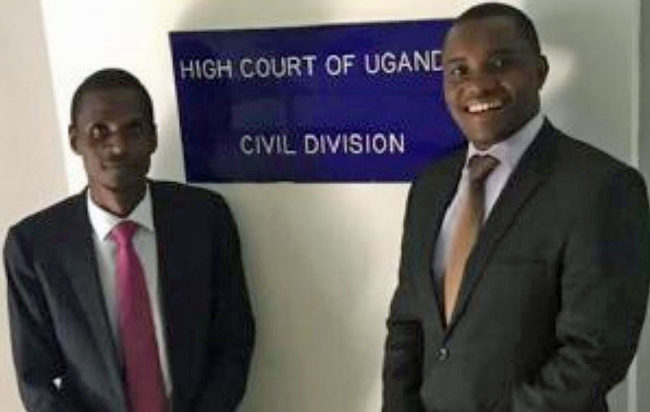 After more than a month in prison without being allowed to see their lawyers or seek bail, the 19 LGBT jailed community members got some good news today.

The certificate allows a court hearing to proceed in their case and might improve the chances that the HRAPF will be allowed to seek the men’s release on bail.

Currently, the judiciary in Uganda is covered by the countrywide lockdown aimed at slowing the spread of Covid-19.

For a case to be heard, it first has to be declared an urgent matter. Individuals can apply for the certificate of urgency or the government may in some instances use its discretion to determine that a case is urgent.

This has caused unease among members of the Ugandan public, including those whose loved ones are in jail. They accuse the government of using Covid-19 lockdown rules as an excuse to undermine marginalised and less privileged people.

Recently, four Chinese nationals were convicted in a magistrate’s court for disobeying Covid-19 rules. That aroused public resentment and accusations that the government prioritises cases involving foreigners over those that affect local people’s rights.

In the Kampala area, the limited court activity focuses mostly on hearings at which accused people enter their pleas. In most upcountry courts, judicial officers, including magistrates, have difficulty moving around and getting to their work

May 12 has been set by a lower court, the Nsangi Magistrate’s Court, to hear the accused 19 LGBT community members’ case. The accused were supposed to have been produced earlier at Nsangi court, but neither the magistrate nor the Resident State Attorney showed up. Court officials indicated that they did not have special permits to travel to their work stations. A court clerk set the new date on the magistrate’s behalf.

“The judge agreed and issued the Certificate of Urgency. He based this on the fact that the Accused Persons were due to appear in court and yet they had been denied access to their lawyers and thus had no way of preparing for their defence. He noted that the right to fair hearing was non-derogable [not subject to being denied in any circumstances],” Dr Jjuuko said.

The magistrate’s court buildings in Nsangi where the accused first appeared.

Uganda police on March 29 arrested 23 LGBT Ugandans on charges of enabling the spread of Covid-19 by living together in a homeless shelter. Charges were preferred against 19 of the arrestees. Those men are currently remanded at Kitalya Prison.

The March 29 raid by police and army targeted the shelter of Children of the Sun Foundation Uganda (Cosf Uganda), a local LGBT organisation on the outskirts of the Ugandan capital, Kampala. The LGBT community members were beaten and forced to take a “walk of shame” through the village from their shelter to Nkokonjeru Police Post in Kyengera town council, about 20 minutes’ drive from Kampala City.

There is growing concern about human rights abuses by security forces in the Covid-19 lock down. A number of complaints have been filled against officers for torture.

Ugandan President Yoweri Museveni has told security forces that torture is unacceptable, but said that lethal force is appropriate if angry public members attack security forces carrying out their duties.