Uganda: After 49 days, 19 prisoners ordered to be freed

Uganda’s director of public prosecution today dropped all charges against 19 LGBT men who have have been held for 49 days in prison without a bail hearing on charges of violating Covid-19 lockdown rules by living together in a homeless shelter. 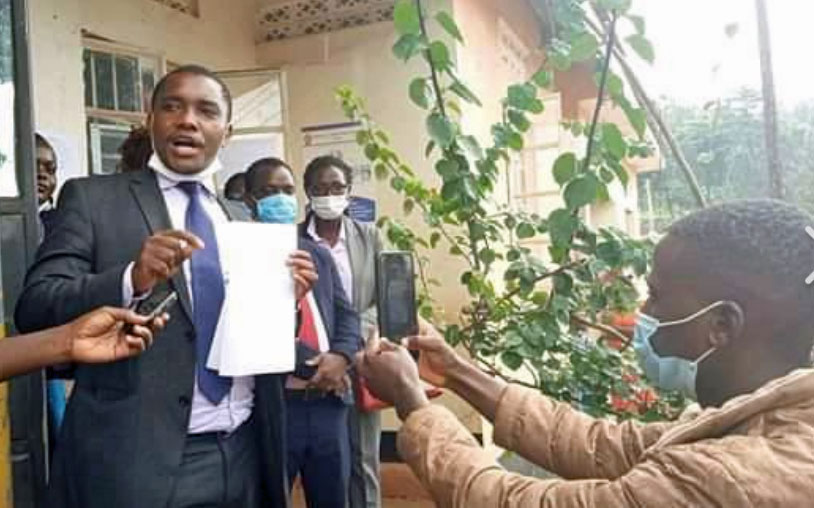 Adrian Jjuuko announces the decision outside the courtroom. Jjuuko is executive director of the Ugandan legal advocacy organization the Human Rights Awareness and Promotion Forum (HRAPF).

This was a breaking news story. To learn about what happened next on May 18, read “Facing no charges, 19 LGBT Ugandans remain in prison.”

Uganda police jailed the 19 LGBT Ugandans on March 29 after they and four others were arrested on charges of enabling the spread of Covid-19 by living together in a homeless shelter run by the Children of the Sun Foundation Uganda (Cosf Uganda).

The 19 prisoners’ lawyers were provided by the Human Rights Awareness and Promotion Forum (HRAPF). Until Friday, the lawyers were not allowed to communicate with their clients, who were held at Kitalya Prison.

Jjuuko reported after the lawyers’ prison visit that:

“[The prisoners] all decried the discrimination that they have experienced from both the Prison warders as well as inmates, as everyone in Kitalya knows about their sexual orientation. They are subjected to taunts, insults, discrimination in access to bathroom facilities etc.

“All of them looked frail as they are suffering from various ailments, including diarrhea, typhoid and malaria, most of which were acquired from prison. One of them who is HIV positive cannot access treatment, not because it is not available but because the prison authorities loudly call out any persons who are HIV positive to go and get medicines. Many who are sick do not have medicine and asked us to get them access to an assortment of medicines.”