A surprise for Nigerian police: This man is gay and proud

Samuel Uchenna had a surprise in store for Nigerian police when they arrested him on suspicion of homosexual activity. After spending Tuesday night in jail, he emerged fearless, open and unashamed. 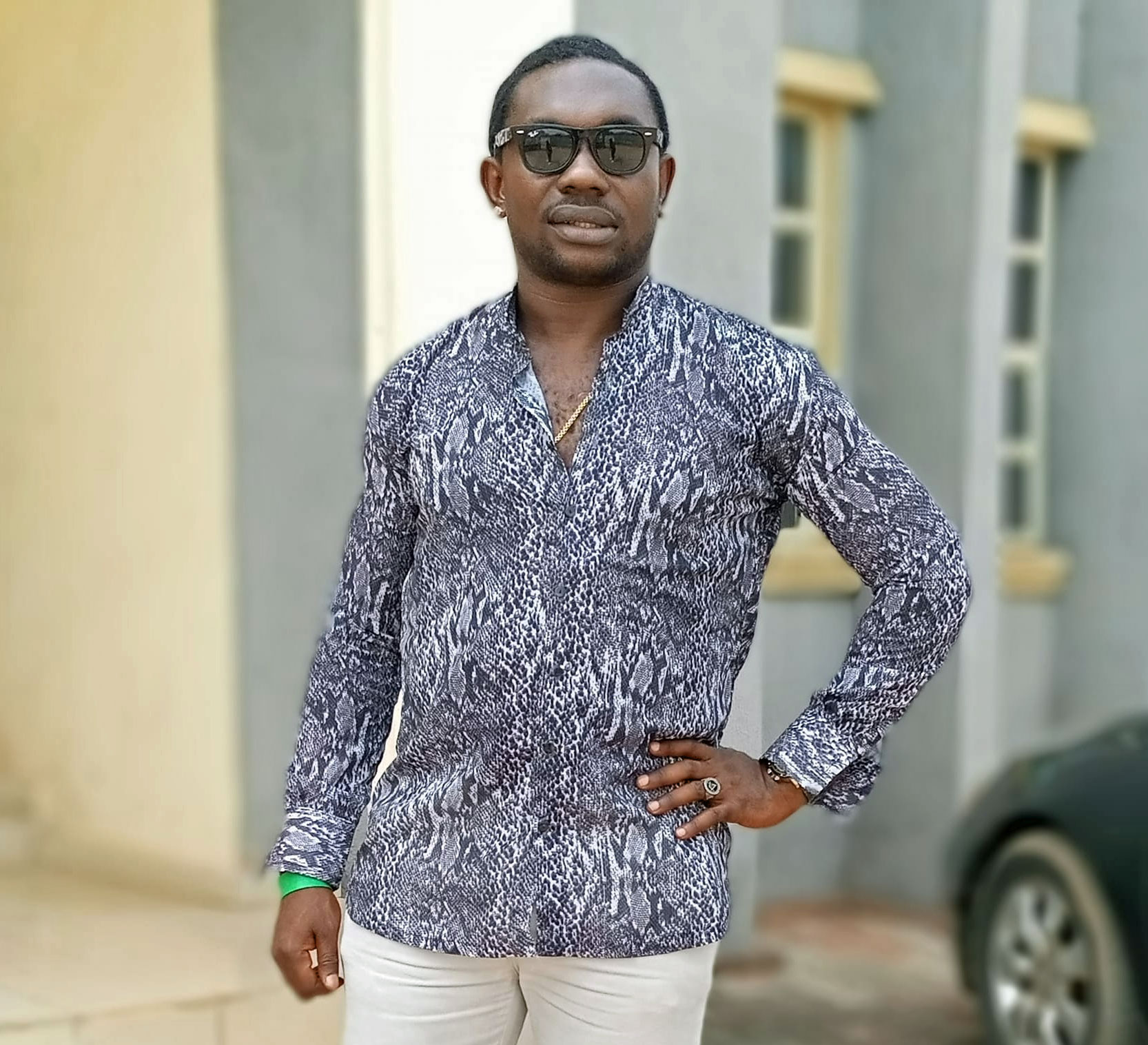 This is his story (with modest editing and a few typographical errors corrected):

The 19th of May 2020 was the luckiest day of my life. It was a sweet-bitter experience.

It started at about 5:45 pm. I got a phone call from an acquaintance of mine who happened to have visited my house once sometime last month, saying that “he was in the area and wanted to come and say hi”.

I admitted that I was home and that he was welcome to come.

Lo and behold, at 5:58 pm my door bell rang and, when I opened up, I saw a team of six police officers from SARS [the Special Anti-Robbery Squad], all geared up and the said acquaintance was standing in front of them, cuffed. I was dumbfounded and, at the same time, surprised to see this person in handcuffs in the company of police officers because of how responsible and smart this individual was.

Before I could ask any questions, the officers asked if I knew their suspect and I replied yes. That was when all hell broke loose. They barged into my home and began to enter into all the rooms and compartments, ransacking my house and roughly searching my personal belongings. While I was busy asking the officers their reasons for this invasion, they were busy handcuffing me while turning my bedroom upside down. Upon further inquiring about of their station and the warrant for this arrest, one of the officer gave me a slap that rang bells in my ears.

At this point, I just needed to calm down and follow the situation as it unfolded. I asked that I may wear my clothes because I had on on only boxers. While in cuffs, I put on my pants and hung my shirt on my shoulder as they took my phones, wallet and house keys and ordered me out of the house. I managed to lock the front door. They dragged me down the stairs. Bear in mind, they not not yet told me what my crime was.

When we got to the gate, I saw their Sienna car and recognized their station,` which happened to be the dreaded Safe Delta Squad. The police command in Delta state had set up a special operational squad named “Safe Delta” to fight against kidnapping, cultism, and other criminal activities throughout the three senatorial districts of the state. This squad is the most dreaded and toughest among the Delta State Police Force.

The location of Asaba in Delta State, Nigeria (Map courtesy of the BBC)

To give you a clear picture of how they operate: If you happen to be a victim, your phones will be confiscated and nobody will know your whereabouts until they are done with their investigations. Their station is located along Asaba-Benin expressway before Isselle-Asagba, which is two villages after Asaba metropolitan. Only a few know exactly where this station is located and mostly those who have in one way or the other became their victims, particularly, young men that look good and drive good cars. Well, that is a story for another day.

They dragged me inside their car and zoomed off in the presence of onlookers. While we were on our way, I kept asking the acquaintance what led to the situation. I kept asking the officers what his crime was while equally letting them know that I am a Human Rights Defender and have worked with the police in the State to combat crimes. I stated how I knew their former commander and my organisation’s contributions to the police force in Asaba.

I was doing all these so I could get them to at least tell me what’s going on. But unfortunately, they were calling my bluff. In all these, I refrained from exposing my identity cards until I was sure of the crime in question.

On getting to the station, they kept me behind the counter while they were busy facilitating the bail of this suspect that brought them to my house. After about 10 minutes, they called me into one of the offices, unlocked the cuffs and showed me my Whatsapp chat with this said acquaintance. I asked the officer reading the chat, the essence of repeating conversations I already know I had with the said person. That was when he told my that the said individual admitted that he was a homosexual and claimed that I have been his enabler. At this point I got the clear picture of situation and geared myself for the drama that followed.

As all these were going on, I remembered that #IDAHOBIT2020 just happened two days before and the theme #BreakingTheSilence informed my decision to out myself to the police officers by fearlessly and courageously admitting before the officers that I am a gay man and that I work with an organisation that offers services, particularly sexual health care, HIV prevention, treatment and care for gay men in the State. And that the said person was a client at LIFFE’s facility, of which I happen to be the programs director and no other strings attached.

That was when the Investigating Police Officer (IPO) said that I am a criminal and that my work was contrary the Same-Sex Marriage Prohibition Act (SSMPA) and that I was arrested in connection to a crime of planned bank robbery which involved homosexual men who the said acquaintance was chatting with on Whatsapp. I was quick to recite the language of the SSMPA and reminded them that being gay as an identity is not yet a crime in Nigeria. One particular officer kept asking me if God was happy with me and if I know the implications of what I was saying. It became like a tussle of words because I never gave in to their intimidating and derogatory words. I responded with real facts and stood my ground.

At this point, at about 7:50 pm the said suspect was bailed and he left with his surety while I was handed a police statement sheet to write my statement based on questions the IPO asked me.

Logo of Levites Initiative for Freedom and Enlightenment (LIFFE)

At the early hours of 20th May 2020, LIFFE’s Project Manager (PM) Obinna Obiasulu Samuel was able to locate the police station where I was, after many efforts in visiting all the police stations in town the previous night when the news of my arrests came to light. The arrogant IPO asked him to leave and come back at 4 pm without granting audience or even allowing him to meet with me.

Through all of this, I kept my wits and maintained my boldness to the awe of the cell inmates who I engaged in a conversation about human sexuality conversation, after which they admitted to have learnt new things. Even though some of their homophobia was glaring, we had a good conversation, shared experiences and learned from each other to the surprise of the rogue officers who thought they would have beaten me up.

Finally, the PM was able to get the Delta State Police Headquarters to call the station’s Commander and demanded that my immediate release be effected. This came as a surprise and shock to them and my bail was immediately facilitated at the return of the PM without the presence of the IPO. They demanded 150,000 naira [about U.S. $385] for my bail and the PM who had already corroborated my statements made them to understand that bail is free. At about 5:45 pm, I returned safely to my house but I will go back to the station to recover my phones as it was in the possession of the IPO who was absent at the time of my bail.

Although, I longer feel safe in my house and stand the risk of police arbitrary arrest anytime, but I was fulfilled that I had borne true witness of my identity even in the toughest situation and before law enforcement officers without fear or shame. I was fulfilled and glad that I was able to break the silence and shame associated with homosexuality before policemen who are so quick to extort gay men by threatening to charge them in court if they refuse to admit to the crime of homosexuality.

In this case, I admitted my homosexuality but made sure to erase any foreseen crime. Even though they pressured me to admit to gay sex by asking who my partner was and how I practice the said homosexuality but part of my statement read thus “I have been aware of my innate and natural attractions to same sex but I have never acted on it all my life”.

Wisdom, they say, is profitable to the wise.