A Tunisian appeals court let stand the sodomy conviction of two men who ended up in police custody in June when they had a falling out over a loan. Activists protested the decision as a violation of the men’s human rights. 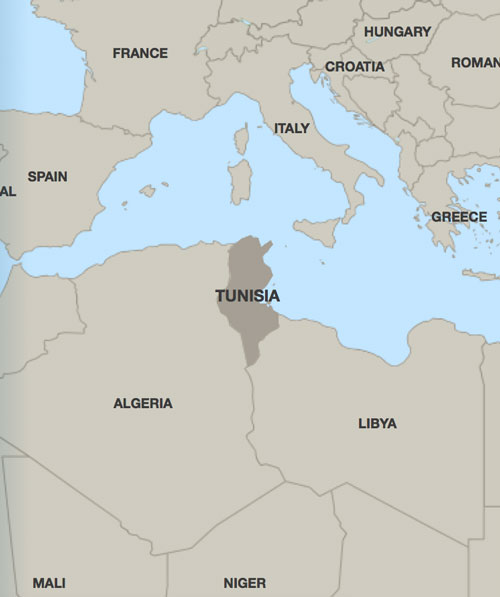 (Beirut, August 5, 2020) – A Tunisian appeals court on July 28, 2020 upheld the conviction of two men accused of sodomy but reduced their sentence to one year in prison, Human Rights Watch said today. This conviction contradicts the rights to privacy and nondiscrimination under international law, which are also enshrined in Tunisia’s 2014 constitution.

In June, police arrested the men, both 26, on suspicion of same-sex conduct in Le Kef, a city 175 kilometers southwest of Tunis, after one of them filed a complaint against the other regarding an outstanding loan. The first instance court in Le Kef sentenced both men on June 6 to two years in prison for sodomy under article 230 of the penal code, which punishes consensual same-sex conduct with up to three years in prison. The lower court’s decision, which Human Rights Watch reviewed, was based on the defendants’ alleged “confessions” during the police investigation to engaging in same-sex relations, which both defendants repudiated before that court.

“The court’s insistence on upholding sodomy charges against the defendants and locking them up for one year is a grave injustice,” said Rasha Younes, lesbian, gay, bisexual, and transgender (LGBT) rights researcher at Human Rights Watch. “Tunisia needs to step up to its image as a guardian of individual freedoms and stop convicting people under article 230, while acting swiftly to abolish this law altogether.”

Darraji said that she maintained before the appeals court that the charges against the defendants are based solely on statements that they made while in police custody, which they subsequently repudiated in court, saying that the police had used inappropriate pressure to extract them. She said she also attempted to persuade the court that the charges stated by the first instance court are arbitrary and violate Tunisia’s 2014 constitution.

The two men are being held in a prison in Ben Arous, near Tunis, said Darraji and Damj, a Tunis-based LGBT rights organization. The judge in the case has handed down similarly harsh sentences for sodomy in recent years. The judge has sentenced six students to three years in prison on homosexuality charges in 2015 in the town of Kairouan and banned the students from the town for three years after their release from prison.

The two defendants in the current case petitioned the Court of Cassation, the highest instance court in Tunisia, to review their conviction. Damj said that this is the first time a sodomy case has reached the country’s cassation court.

This approach fails to recognize that consent is seriously compromised when trial courts infer guilt from a refusal to undergo the exam, Human Rights Watch said. Furthermore, the tests violate medical ethics and are of no scientific or evidentiary value in proving homosexuality. Such invasive and intrusive examinations, when forcible or coerced, amount to cruel, inhuman, and degrading treatment that violates international law, and have been recognized as torture by the UN Committee Against Torture.

Prosecutions for consensual sex in private between adults violate the rights to privacy and nondiscrimination guaranteed by the International Covenant on Civil and Political Rights, to which Tunisia is a state party. The UN Human Rights Committee, which monitors compliance with the covenant, has made clear that sexual orientation is a status protected against discrimination under the ICCPR. The UN Working Group on Arbitrary Detention has found that arrests for same-sex conduct between consenting adults are, by definition, arbitrary.

Article 24 of Tunisia’s constitution obligates the government to protect the rights to privacy and the inviolability of the home. Article 21 provides that all citizens “have equal rights and duties and are equal before the law without any discrimination.”

“The Tunisian appeals court’s convictions of these men violate basic human rights principles, including the rights to privacy and nondiscrimination protected by the 2014 constitution,” Younes said. “Tunisia should send a strong message against arbitrary convictions under archaic sodomy laws and release the two men immediately.”