U.K.-based British-Nigerian gay minister the Rev. Jide Rebirth Macaulay has been ordained a priest in the Church of England. 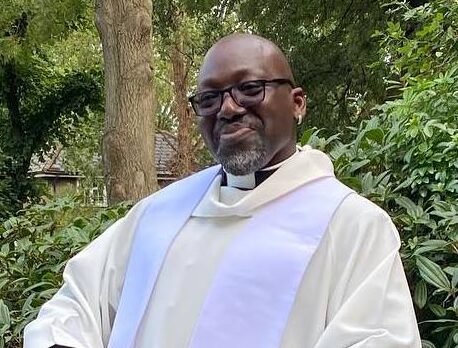 The reverend, who fled Nigeria to the U.K after his church was attacked several times for being pro-LGBT, has been at the forefront of championing the equal rights of LGBTIQ+ persons and helping them to reconcile their sexuality with their Christian faith through his faith-based organization, House of Rainbow, which he started in Nigeria.

Macaulay was featured in the documentary ‘Am I Too Gay for God’ last year. The film revealed his struggles with the Church’s teachings about homosexuality. Besides, same-sex marriage has been legal in Great Britain since 2013, but it’s a right the Church of England doesn’t recognize.

He currently is assistant curate at  St. Margaret with St. Columba Church in Leytonstone, London, where he was ordained. 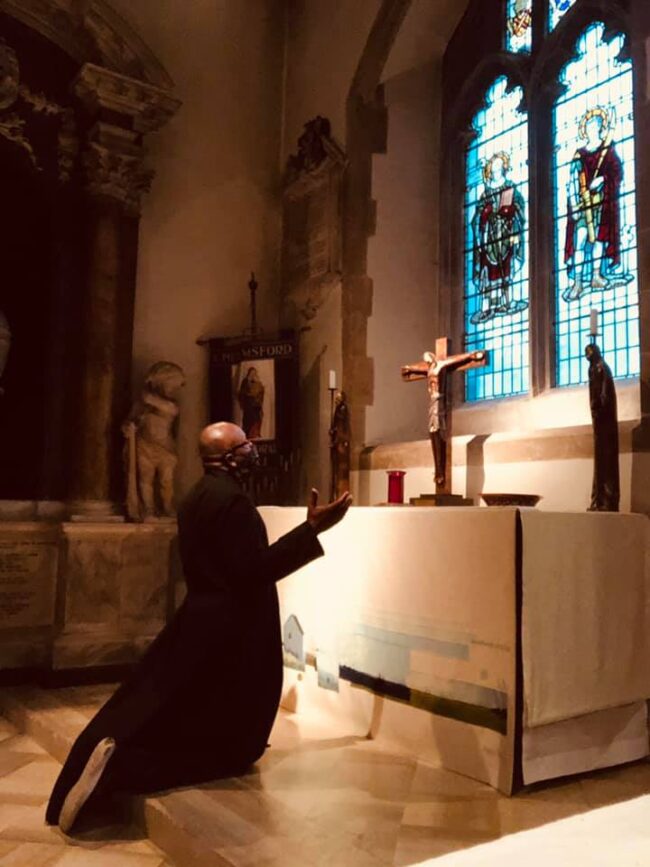 The Rev. Jide Macaulay was ordained as a priest in the Anglican Church on Sept. 26, 2020. (Photo courtesy of Facebook)

He also volunteers as a chaplain at Mildmay Hospital in London, which specializes in HIV-related treatment. A recent article about that volunteer work listed many of Macaulay’s other accomplishments:

British-Nigerian born in London, a Christian minister since 1998, a dynamic and an inspirational speaker, author, poet, pastor and preacher, Jide holds a degree in Law, master’s degree in Theology and Post-graduate Certificate in Pastoral Theology.

The founder and CEO of House of Rainbow CIC, … Jide focuses his ministry on inclusion and reconciliation of sexuality, spirituality and human rights. He writes for various Christian and secular journals. He has authored three books, Poetry Inspired 2001, I Say A little Prayer For You and Pocket Devotion for LGBT Christians 2005, he has won several awards including the 2003 and 2007 Black LGBT Community Award for “Man of the Year” for his work helping people of faith. Shortlisted for the National Diversity Awards 2014, in the category for Positive Role Model, and winner 2014 NAZ MSM Award.

He served from 2007 to 2013 as Executive Board member and Co Chair of Pan-Africa International Lesbians and Gay Association. He is currently Co-Chair/Board of Trustee at Global Interfaith Network, Trustee at Kaleidoscope Trust UK, Trained Volunteer Champion at Afruca Children’s Charity, and also a Director at Justice for Gay Africans UK.

Shortly after his ordination, Macaulay also speculated on Facebook:

What would I say to Jide at age 13, the same year he began to acknowledge and understand he is gay and a Christian?

I will tell him, that in 2020, age 54, he will become an Anglican priest in the church of God regardless of the religious homophobia which may have caused him doubts and cost many their lives. God is the one that Anoints. I will ask him to pray that the church and its leadership will recognise the calling and anointing in queer people of faith.

I will also tell him that he will be an amazing role model to young black queer folks with a desire to serve God in ministry and that all things are possible through Christ who is our friend and redeemer!

I will ask him to say Amen. And go tidy his room! 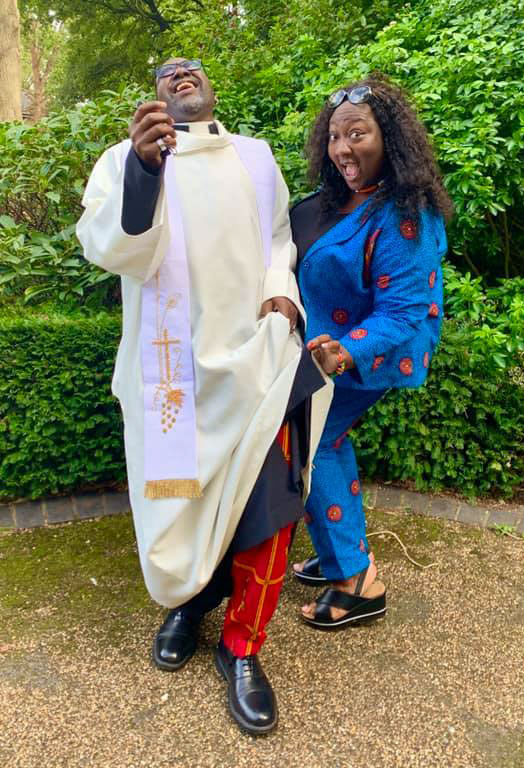 The Rev. Jide Macaulay and Lady Phyll share a laugh on his ordination day. (Photo courtesy of Facebook) 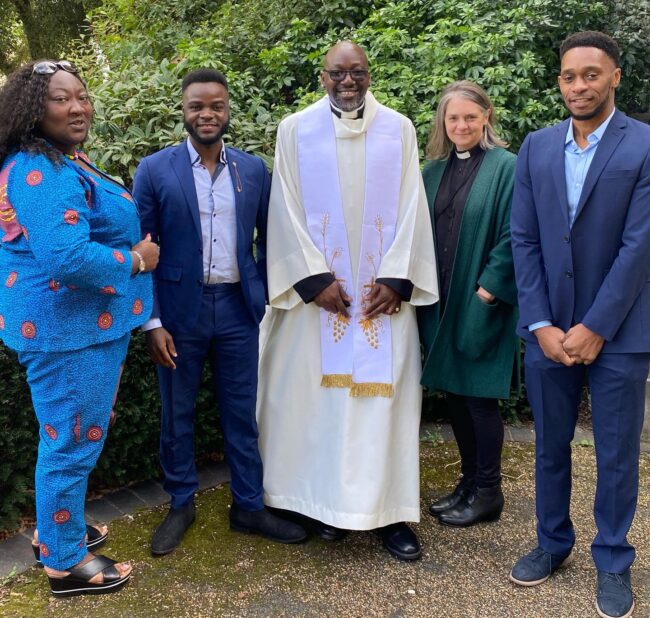 Celebrating the ordination of the Rev. Jide Macaulay are (left to right) LadyPhyll, Dan Yomi, the Rev. Macaulay, the Rev. Cathy Bird, and Macaulay’s partner Moses.