African human rights defenders are seeking to move the preeminent African anti-AIDS conference out of Uganda because of human rights abuses by Uganda’s police and security agencies. Forty-nine people were reported dead as of Monday evening during two days of violent riots in Ugandan cities and towns.

Uganda’s minister for the Presidency, Esther Mbayo  (second from left) and the director general of the Uganda Aids Commission, Dr Nelson Musoba (first from left) at the launch of a call to design a logo for ICASA2021Uganda.

Two African human rights defenders have issued a petition to the Society for AIDS in Africa (SAA) to withdraw plans to hold its 21st International Conference on Aids and Sexually Transmitted Infections in Africa (ICASA) in Uganda in December 2021.

ICASA is a major biennial international AIDS conference that alternates between Anglophone and Francophone African countries.

They criticized the administration of President Yoweri Museveni for “crushing opposition voices and presence while trampling human rights” during political protests during the run-up to Uganda’s upcoming national election in January.

Museveni has blamed the protests on “homosexuals who do not want a stable Uganda.”

Among the requirements for potential ICASA host countries, SAA demands:

Founded in 1989, SAA is an African-led and owned organization that collaborates with other national, sub-regional, regional, continental and international organizations and partners, to promote and institute policies and promote research to support governments’ national responses and approaches to fight HIV and HIV co-morbidities as well as emerging viral infections across the continent.

This is the activists’ petition, reproduced here verbatim:

The ongoing political situation and campaigning in Uganda have been greatly covered and point to a serious disrespect and abuse of human rights by using state agencies and local authorities by the current government of President Museveni.

It is against this background, that we, HIV, civil society organisations, women, human rights, feminist and LGBTQ organisations, are petitioning the SAA to reconsider the selection of Uganda as the host of the next ICASA conference.

Violence clashes have, so far, left at least 37 people dead, marking a violent start to the country’s election season as opposition parties and their supporters clash with police and authorities often under the guise of enforcing #COVID19 restrictions on public gatherings. 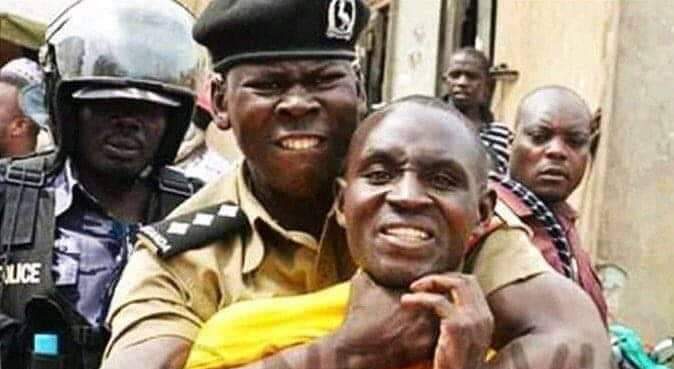 “I was violently arrested, tortured while in detention, threatened with death but this did not break my resolve,” opposition candidate BoWine told AFP after his release. “It’s not about Covid-19. It’s about repression … People are very angry and they are very right to be angry. People are tired of the double standards; they are tired of the oppression and dictatorship that has caused all these problems in the country,” David Lewis Rubongoya, secretary general of Wine’s National Unity Platform party, has said .

In addition, there have been several startling reports of a shoot-to-kill order by Security Minister Elly Tumwine which have emboldened the police to target innocent civilians who are exercising their democratic rights through assembly and association.

Reports also indicate that President Museveni is alleged to have ‘blamed” the protests saying, “they were being funded and supported by homosexuals who do not want a stable Uganda.” This anti-gay rhetoric is not new to the President as he has been on record as saying similar, if not, instigating comments against LGBT persons.

From testimonies, including photos and videos circulating online, it’s clear that the current administration is bent on crushing opposition voices and presence while trampling human rights, including those which Uganda is a signatory to, on regional and global platforms. 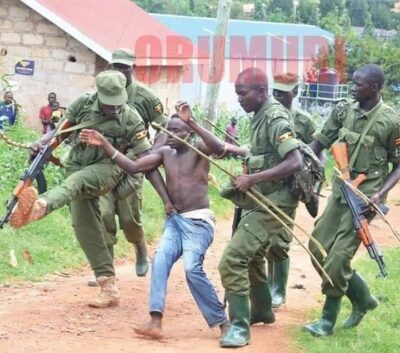 Given that Uganda was announced as the host of the 21st ICASA , we wish to:

• Petition SAA to immediately make a statement denouncing the continued and gross violations of human rights in Uganda;

• Demand for the return to rule of law, democracy and protection of all human lives in Uganda;

• Withdraw its support for Uganda as host of ICASA.

This will be in line with our work to ensure that human rights of all persons are respected, and as an example for SAA, as the host of ICASA, of their commitment to ensure the safety and well-being of all its members, communities they represent and serve. 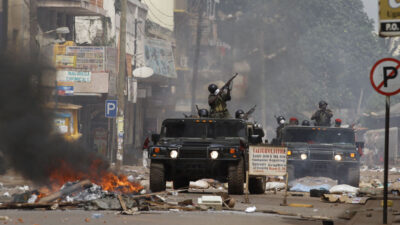 A security officer aims his gun at civilians in a building in Kampala during this month’s riots.