#EndSARS: LGBT Nigerians get extra help to cope with crisis

More than a dozen LGBT Nigerians suffering from violence stirred up by #EndSARS protests have benefited from an emergency community relief program run by the LGBTIQ+ advocacy site NoStringsNG. 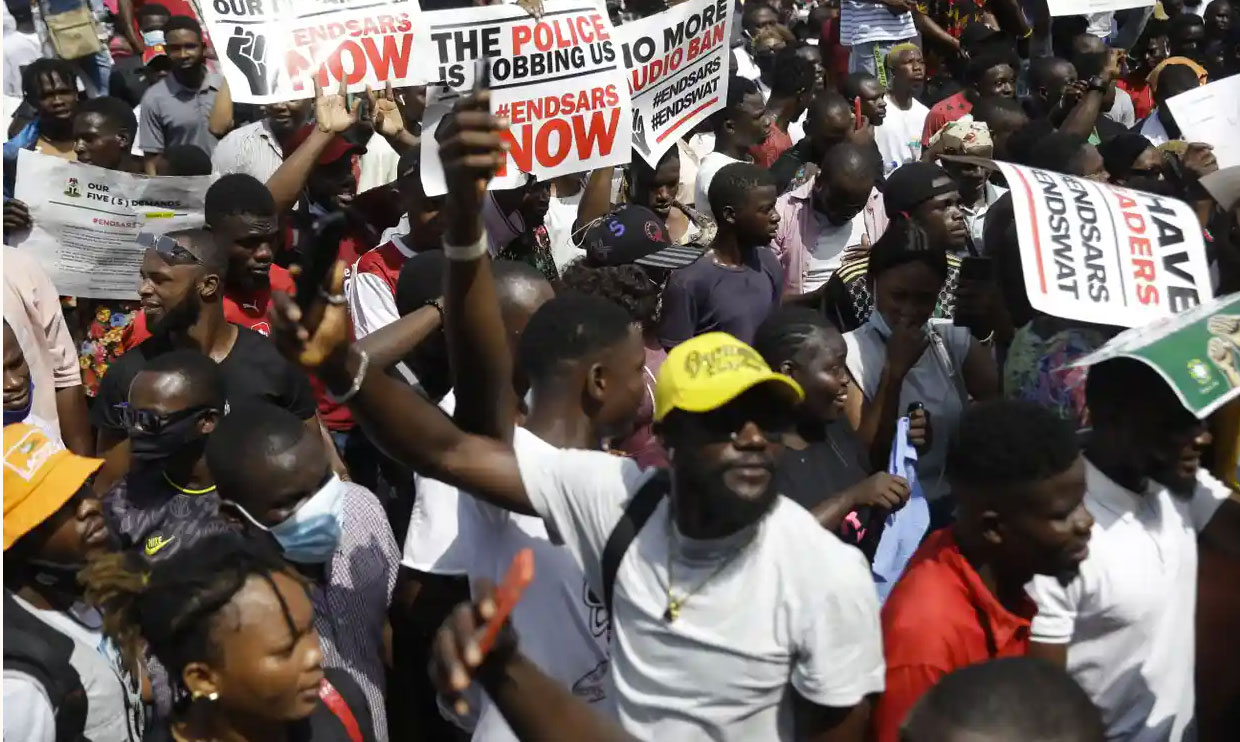 One of many #EndSARS protests against police corruption and brutality in Nigeria. (Sunday Alamba photo courtesy of AP and The Guardian)

The program provided help to members of the community who were impacted by violence that was triggered by Nigeria’s nationwide #EndSARS protests against police brutality.

During the protests, many LGBTIQ+ Nigerians lost income because they lived in locations where the government imposed 24- or 48-hour curfews in an attempt to put an end to killings and unrest. Others were stranded away from home in need of temporary safe shelter, short on food, or needing medical attention. 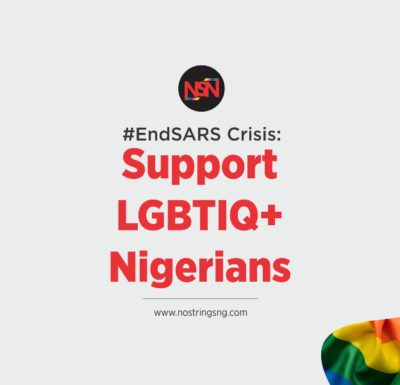 Approximately 15 LGBT persons received support through the initiative, which was launched in late October by NoStringsNG.

The decision to launch the project came after NoStringsNG received numerous requests for assistance from LGBT Nigerians in different parts of the country who suffered as a result of the crisis.

Funds for the project came from donations received from generous individuals. In total, about $393 (N149,000 naira) was raised to support the initiative.

After a careful review of requests that were received, 15 LGBTQ persons were selected to receive financial assistance to help pay for food and rent. The full amount of N149,000 naira was distributed to them.

These are some of their stories. (Names have been changed for safety’s sake.)

Kola, a 23-year-old Lagos-based gay man who lost his job at SPAR, was more than excited after he got support with his rent.

“Words can’t describe how I am feeling now. I thought that the world was ending. I must confess that I was hit hard. But I am so glad that now I can pay my rent. Thanks, NoStrings”, he wrote.

Janet, a Port Harcourt-based lesbian whose petty shop [small sundries shop] was looted, said she was grateful for the support she received.

“When it happened, I was concerned about how I will repay my loan and still be able to take care of myself. Life comes first. With this support, I can buy a few things and manage myself. You guys rock!!!”

Confidence, an Aba-based trans woman whose tailor shop was looted, said even though the support she received won’t replace the stolen items, she was grateful for the support she got.

“I know the assistance won’t be enough to replace my stolen properties, but at least I can eat. I appreciate the fact that I was selected for this. We are all brothers and sisters in this community and God will bless you, NoStrings”

Donations for this project were received through the Saint Paul’s Foundation for International Reconciliation, which contributes to both  NoStringsNG and the African Human Rights Media Network. NoStrings needed  U.S.-based supporter to serve as a fiscal host due to the fact that PayPal is not available in Nigeria.