Poverty is not a crime: African Court rules against vagrancy laws

The African Court on Human and Peoples’ Rights has unanimously ruled against ‘vagrancy’ laws that are used by post-independence former colonies to victimise vulnerable populations, including homosexuals.

Poor and vulnerable persons are often victims of vagrancy laws. They have no jobs or homes. (Photo courtesy of Amnesty Uganda)

Many African countries, including Uganda, abuse vagrancy laws to arrest and detain poor people, especially youth, even when there is no proof of criminal conduct.

Under these laws, homosexuals and sex workers in Uganda are often charged with “being idle and disorderly”. Few convictions result from such charges but, in an abuse of the criminal justice system, young energetic people who are arrested are forced to provide free labour on farms during remand while awaiting trial.

The threat of arrest for vagrancy was one incentive for homeless LGBT men to turn to the Children of the Sun Foundation shelter for protection early this year. Twenty of them were arrested there on charges of violating Covid-19 regulations. They were released after 50 days in prison without standing trial.

“The opinion states that these laws criminalise the status of individuals as being poor and that many African states abuse vagrancy laws to arrest and detain people even where there is no proof of criminal conduct,” stated Hrapf Uganda, which is the host of the coalition. 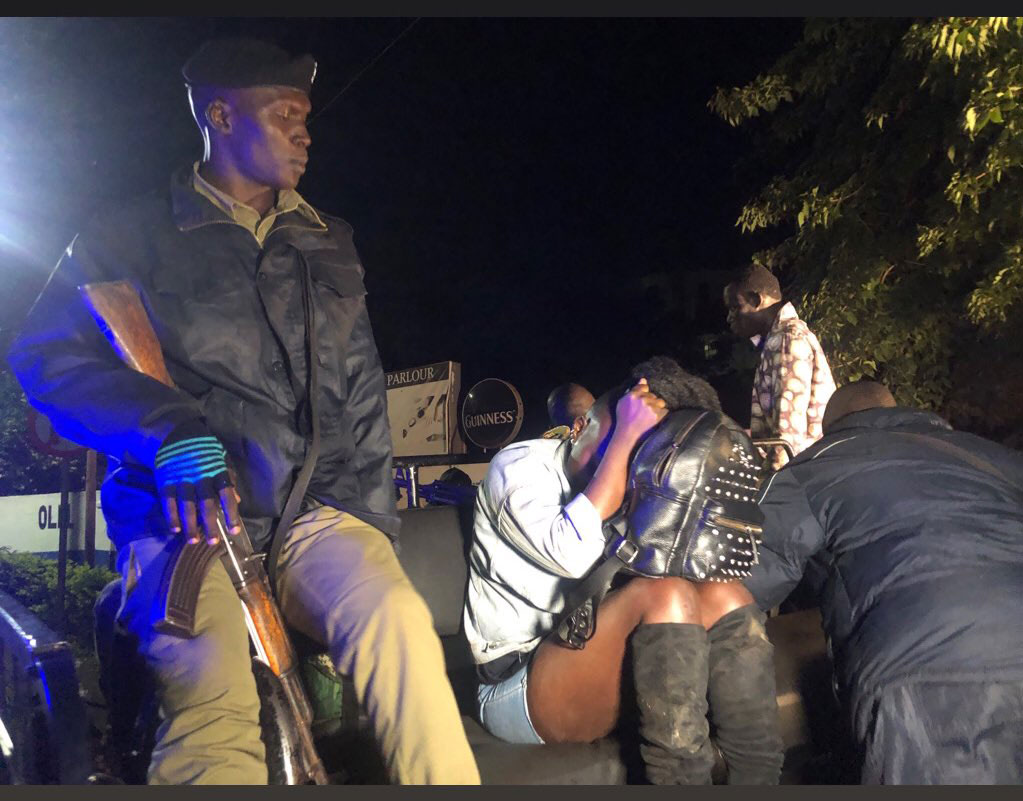 After a homophobic late-night police raid  on an LGBT-friendly bar in Kampala in November 2019, revelers were accused of being happy, “idle and disorderly”. (Photo courtesy of NBSTV)

In 2018, the  Pan African Lawyers Union (PALU) urged the African rights court to issue the advisory opinion, arguing that  vagrancy laws are overly broad, which confers too wide a discretion on law enforcement officers as to how to enforce the law, thereby opening up the possibility of abuse.

The advisory opinion from the African Court on Human and Peoples’ Rights, based in Arusha, Tanzania, was delivered on 4th December 2020. 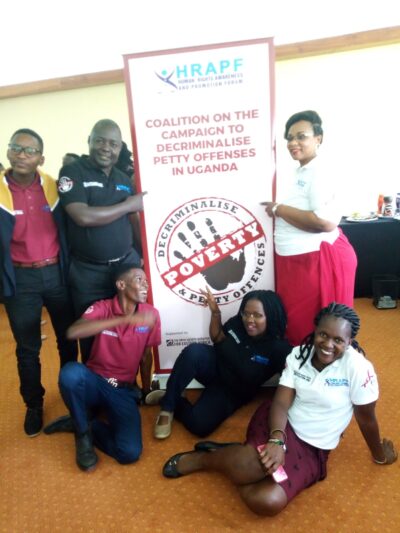 Members of the Coalition on the Campaign to Decriminalise Petty Offences in Uganda, coordinated by HRAPF Uganda, pose during their meeting last year. (UhspaUganda photo)

The court concluded that vagrancy laws are not compatible with the African Charter on Human and Peoples’ Rights because they criminalise the status of an individual (rather than criminalising specific actions), enable discriminatory treatment of the underprivileged and marginalized, and deprive individuals of their equality before the law.

The Court also found that arrests for vagrancy-related offences, where they occur without a warrant, are not only a disproportionate response to socio-economic challenges but also discriminatory since they target individuals because of their economic status.

The court found that vagrancy laws are incompatible with the notion of human dignity as protected in the charter. The application of vagrancy laws often deprives the underprivileged and marginalized of their dignity by unlawfully interfering with their efforts to maintain or build a decent life or to enjoy a lifestyle of choice, the court stated.

Vagrancy laws also violate the charter by violating arrestees’ right to liberty and freedom of movement and denying them the presumption of innocence. When used to relocate people by force, as is done in some African nations, the laws infringe on the sanctity of the family, the court stated. 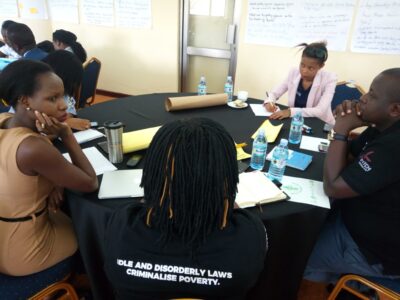 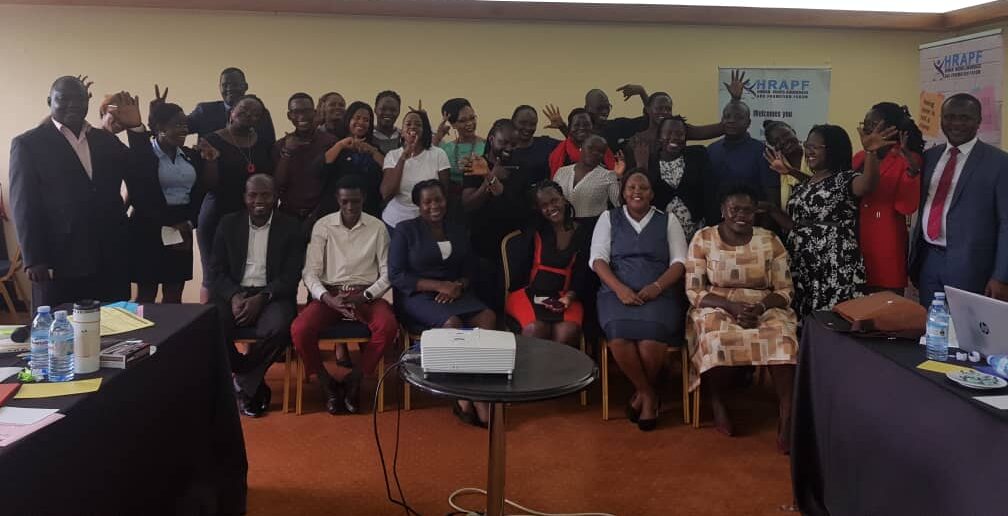 The court advised that African Union member states should repeal or amend their vagrancy laws to conform with the rights protected by the charter.

Abuse of members of the Children of the Sun homeless shelter, who were arrested on charges (later dismissed) of violating Covid-19 lockdown orders early in the pandemic. Local official Hajji Kiyimba, in striped t-shirt, beats the youths. (Screen shot from “In the Eyes of a Pandemic”)