Four organizations in Cameroon have opened shelters where LGBTQ+ people can find refuge and recover from homophobic violence and family rejection. 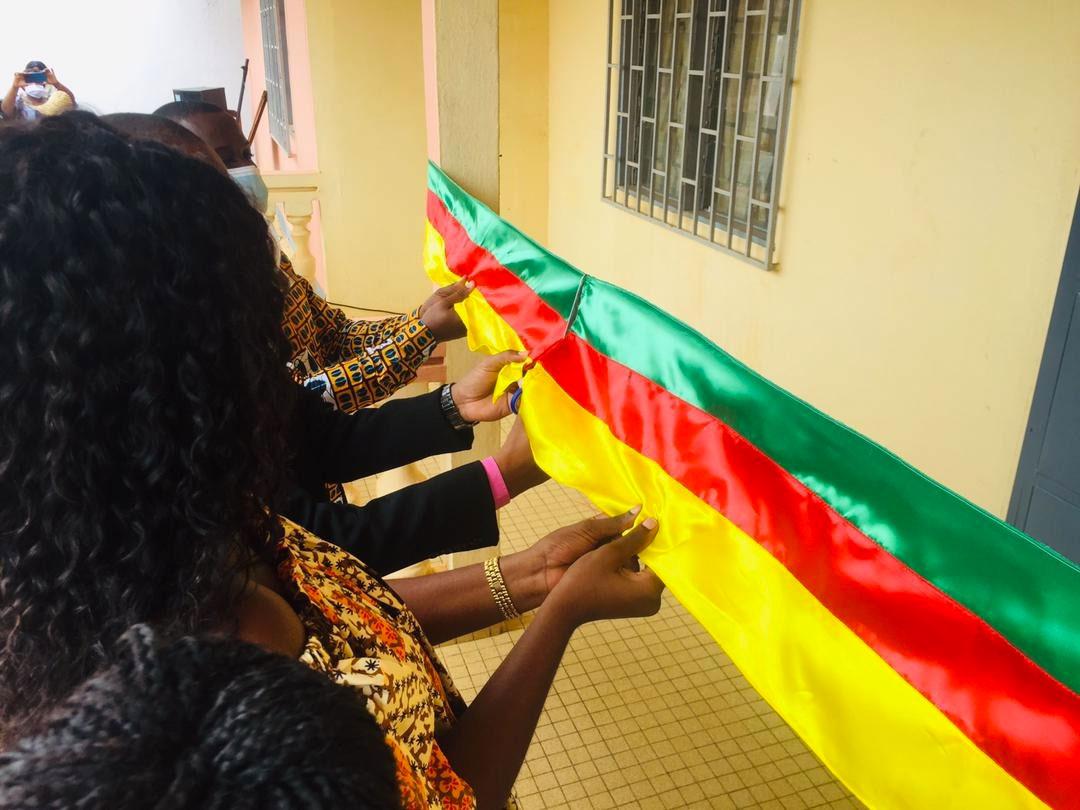 Ribbon-cutting ceremony marks the opening of the shelter run by Camfaids in Yaoundé, Cameroon. (Photo courtesy of Camfaids)

The shelters, supported by Care Cameroon’s Human Rights Grant program, are run by LGBTQ+ advocacy organizations — Camfaids in Yaoundé, 2HRC in Bertoua, Alcondoms in Douala and Colibri in Bafoussam.

The project is funded by Pepfar (the U.S. President’s Emergency Plan For AIDS Relief) and supervised by USAID.

The shelters are a response to anti-LGBTI violence and human rights abuses, family rejections, and lesbians’ exposure to so-called “corrective rape”. They also offer programs aimed at improving the residents’ health and job prospects.

Banner announces the opening of the shelter run by 2HRC in Bertoua, Cameroon. (Photo courtesy of 2HRC)

In Bertoua, 2HRC opened its shelter on Jan. 28 with a brief ceremony attended by shelter residents and the organization’s managers. The formal opening of the Camfaids shelter occurred Jan. 29, with a representative of the area’s sub-prefect in attendance to show governmental support for the program. Camfaids had previously opened that shelter on its own; now it is part of the Care Cameroon project.

“This is an initiative that will significantly reduce violence and violations against LGBTI people in Cameroon,” the executive director of Camfaids stated. “It is a security measure intended to contribute to the development of LGBTI people but also their empowerment through reintegration activities including training.”

The various shelters have bedrooms with several bunk beds, bathrooms, living room, kitchen and terrace. Each shelter has a manager who, among other responsibilities, is in charge of security.

Each shelter has room for about 15 residents.

The layout of the bedrooms takes gender into account, with trans women and lesbians separated from men who are bisexual or who have sex with men (MSMs).

Residents are allowed to stay in the shelter for one to three months, depending on their circumstances. During their time in a shelter, they receive medical and psychological assistance, if necessary, and take part in an employment training program called Livehood.