A Tunisia court ordered the release Wednesday of Rania Amdouni, the women’s rights defender and LGBTI activist who had been jailed for shouting at police. 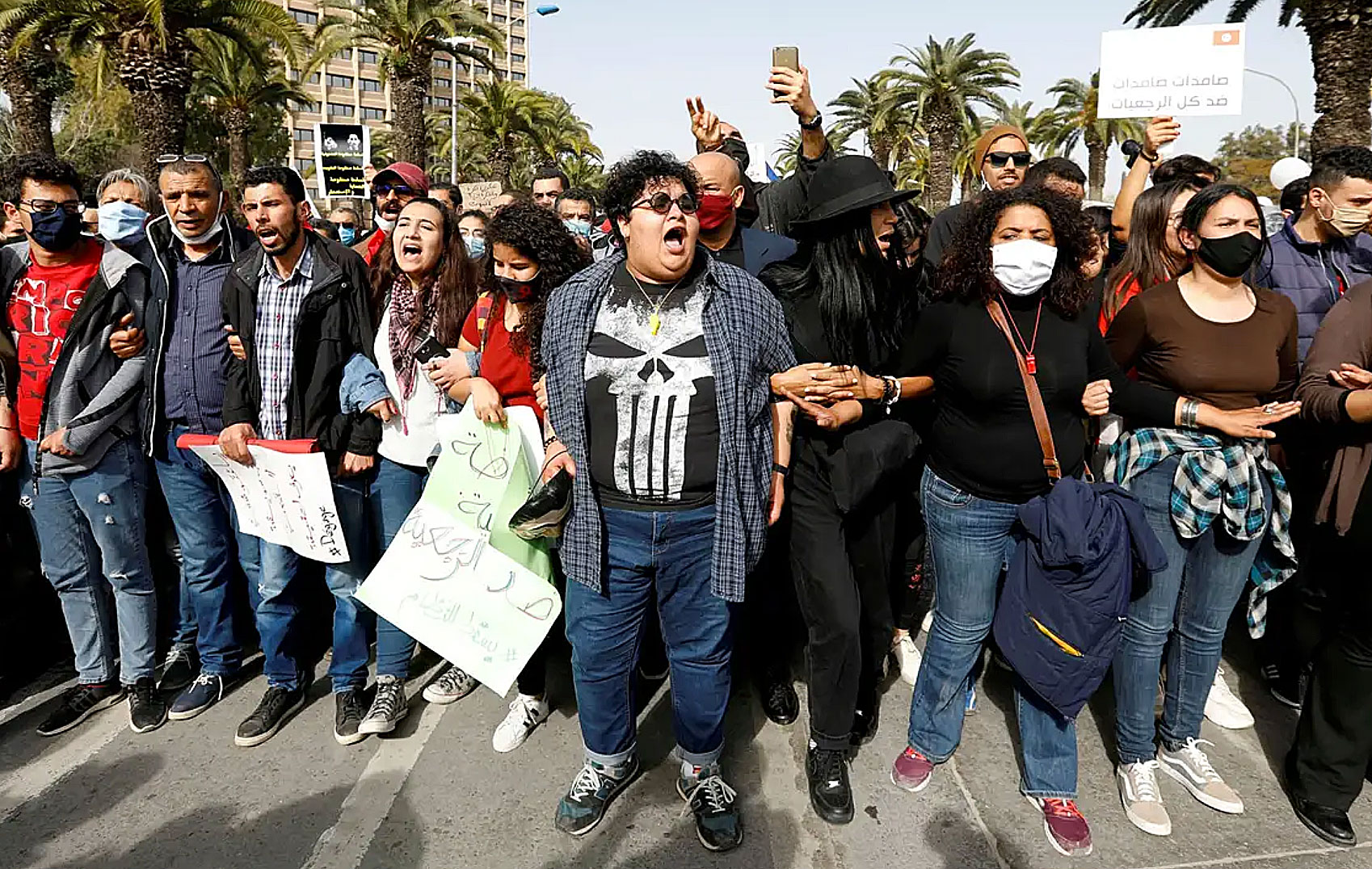 On March 4, Amdouni was sentenced to six months in prison and a fine for “insulting police and abuse of morals”.

An appeals court ordered her to be released yesterday.

Amdouni, 26, a member of the human rights group Damj, the Tunisian Association for Justice and Equality.

“We are happy that Rania was freed today by the appeal court, but our concerns about freedoms continue, because for months Rania has been subjected to harassment by some Facebook pages of police unions,” her lawyer, Yassin Azzaza, told Reuters.

Her release was welcomed by the activist groups Solidarité Internationale LGBTQI (SIL) and the Committee for the Respect of Freedoms and Human Rights in Tunisia (CRLDHT).

In a joint statement, they said that Amdouni’s sentence had been reduced to a fine of 200 dinars (61 euros). They gave credit to quick action by supporters demanding Amdouni’s release:

In 48 hours, 70 organizations and more than 160 people signed the appeal we sent them.

We are delighted with the release of Rania as well as the international mobilization that her sentence sparked:

In Tunisia, this fight for more respect for freedoms and rights continues. We continue to call for the unconditional and immediate release of young people imprisoned for demonstrating their aspirations for a better world. We call on the Tunisian National Assembly to repeal article 230 of the penal code which dates from the colonial period and penalizes homosexual relations. We reaffirm our solidarity and our support for social movements in Tunisia.

Loading...
Newer Post
Heterosexual Nigerian women speak out about being married to gay men
Older Post
Gay Nigerian teenager gets a new home after being rejected by family