In a rare change of heart, the office of the U.N. High Commissioner for Refugees (UNHCR) has airlifted the victims of a March 15 homophobic fire attack at Kenya’s Kakuma Refugee Camp to Nairobi for better medical attention. 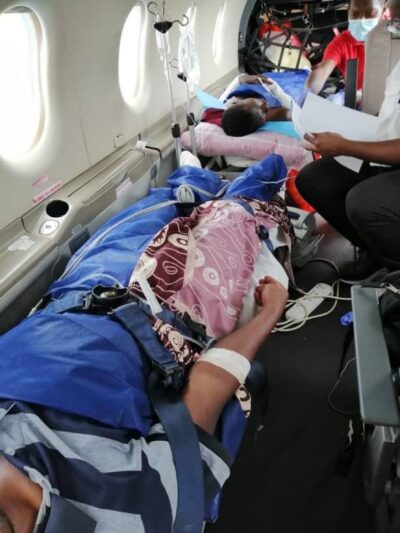 The patients aboard a flight to Nairobi. (Photo courtesy of Victor Mukasa)

On March 15 at 2:45am Kenya time, homophobic attackers set LGBTQ+ people on fire while they were sleeping at Block 13 of Kakuma Refugee Camp. The horrific act of violence resulted in two refugees — Jordan and Trinidad — being severely burned.

The extensive burns covered huge areas of their bodies, including their feet and legs. For one of the victims, the burns extended to his upper body.

Human rights activists have repeatedly called on the Kenyan government and the United Nations to do more to stop the attacks and relocate the refugees to a safer place.

After two days of languishing in pain without adequate medical care, UNHCR transported Jordan and Trinidad by ambulance to Lodwar County Hospital, about 125 km from Kakuma. In doing this, UNHCR went against the recommendation of first responders and community members who knew that Nairobi hospitals were best equipped to take care of the two burn victims.

The activists issued a call to action March 18. It can be accessed here.

Later on March 18, LGBTQ rights activist Victor Mukasa reported, “UNHCR has finally airlifted the 2 victims of the March 15 homophobic fire attack at Block 13 in Kakuma Refugee Camp. This happened today, just after 3pm Kenya time. Their condition has deteriorated and hopefully they will get adequate and dignified treatment in Nairobi where they are headed.”

No action was reported on the other demands. 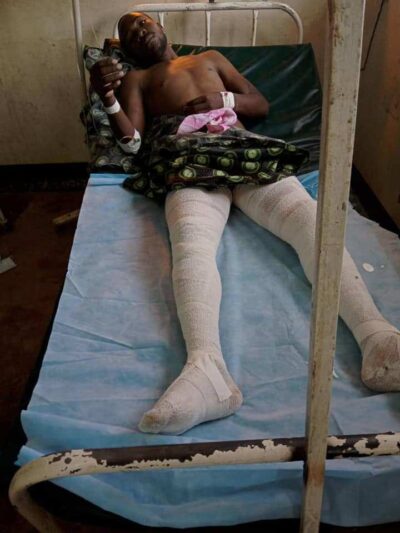 One of the Kakuma camp attack victims languishing in pain in hospital. (Photo courtesy of Victor Mukasa) 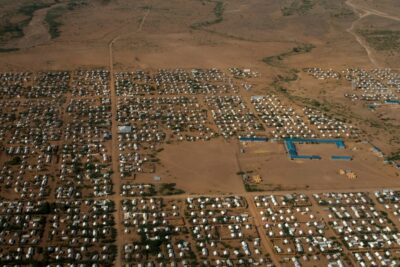