Human rights violations against queer and trans Ugandans on the increase

Violence, discrimination and other human rights violations against sex workers and queer and transgender people in Uganda increased in 2019, the latest year for which figures are available, according to a report from the Human Rights Awareness and Promotion Forum (HRAPF). And 2020 was worse, says activist Richard Lusimbo. 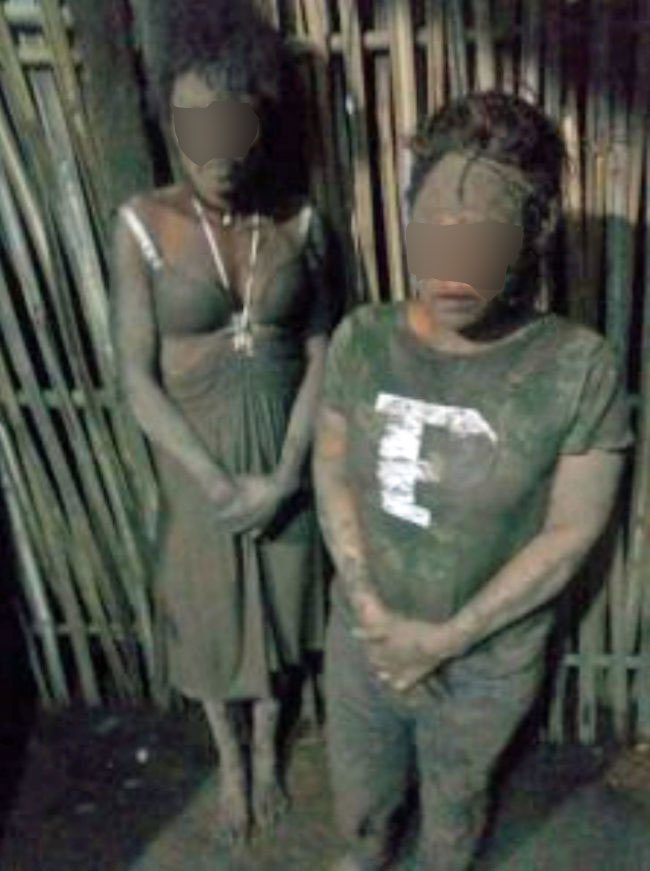 Covid-19 related abuses: Ugandan security forces beat these women and ordered them to roll on the ground and smear mud on their private parts as the officers laughed at them during Covid-19 lockdown rules enforcement last spring. The officers have since been charged.

The HRAPF report documents 450 rights violations committed in 2019 against “key populations” who experience increased impact from HIV as well as decreased services due to stigma and discrimination: men who have sex with men, sex workers, transgender persons, and injection drug users. That’s a dramatic increase from 242 reported violations in 2018.

HRAPF counted among the human rights violated the right to freedom from arbitrary arrest, torture, and prolonged detention, and the right to life, property, equal treatment, dignity, and a fair trial.

According to the Consolidated Human Rights Violations Against Key Populations in Uganda 2019 report, the Uganda Police Force is the single biggest violator of human rights of key populations, responsible for 99 percent of the reported violations by state actors.

Richard Lusimbo, Uganda Key Populations Consortium Coordinator, says he has witnessed first hand the day-to-day challenges faced by queer and transgender adults. Discrimination is not only unlawful, but it increases the risk of physical injury, trauma, and acquisition of HIV, he says.

“COVID-19 didn’t even make it easier. It just worsened everything. Partners, for example HealthGap, interviewed sex-worker-led organisations under our consortium that received reports of 117 female sex workers who were arrested through raids in the districts of Lira, Wakiso, Masaka, Kampala, Oyamu, Mbale, Nakasongola and Kasese. They were being targeted with violence, blackmail, and arrest by police,” Lusimbo says.

In a 2016 study, 82 percent of sex workers interviewed reported being victims of violence initiated by the client. Attempts to seek justice by the victims are complicated by the fact that Ugandan laws criminalize sex work. The HRAPF report also finds that the leading violators of the rights of commercial sex workers are the Uganda Police Force.

There were only eight cases recorded in 2019 in which the rights of sex workers were protected by police. In one case, when a sex worker reported to police that she was assaulted by a client, the perpetrator was arrested and agreed to pay UGX200,000 (approximately $55 USD) for her medical treatment.

Richard Lusimbo, first from left back row and members of Uganda Key Populations Consortium at an earlier meeting. (Photo courtesy of UKPC).

Kyomya Macklean, executive director of the Alliance of Women Advocating for Change (AWAC), says the rights of sex workers, including queer and transgender sex workers, must have their human rights protected.

“We need to protect all commercial sex workers regardless of their gender identity, sexual orientation or where they operate from. Their rights are human rights and that can never be taken away from them,” she says.

Kyomya urges the Parliament of Uganda to repeal laws that fuel violence against sex workers, in particular sections 138 and 139 of the Penal Code Act, which criminalize sex work.

Logo of the Alliance of Women Advocating for Change, a Ugandan network of grassroots rural and urban-area female sex workers. They and other women who have sex with women are highly discriminated against and are targets of societal and institutionalised violence.